Week 6 is jam packed full of games with implications. In today’s episode, we go around the news and notes in the country – PSA: Brandon was angry when he wrote the headlines – , look ahead to the weekend slate, give gambling picks and more.

‘Clown’ Jack also has a very important announcement and we call out fans for being so damn soft.

PS – The Barstool College Football Show will be LIVE from Morgantown this Saturday! 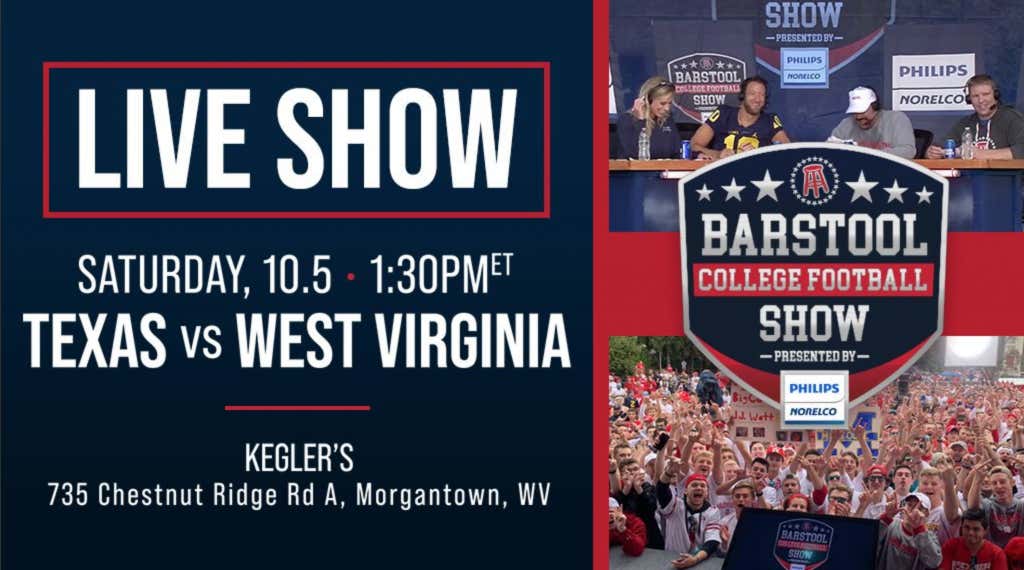 New episodes come out every Monday and Thursday.

[0:00] Intro & episode rundown. Is October the best month? Kayce isn’t drunk, but is she clinically depressed?

[4:40] California legislation bill allowing college athletes to profit off of their likeness

[13:37] “PETA can fuck right off.” PETA calls for Bully The Bulldog to be removed from Mississippi State’s sideline

[18:15] College football fans are the biggest pussies in sports

[37:32] Auburn @ Florida. Will Brandon Walker be right about Auburn?

The Battle For New York Is Off To A HOT Start

High School Football Player Realizes Defense Only Has 10 Men On The Field And Decides To T...

Unnecessary Roughness: CFB Week 7 Preview + The Red River Shootout May Break Us Up

Unnecessary Roughness: CFB Week 6 Preview + Why Are Fans So Soft These Days?

Unnecessary Roughness: CFB Week 5 Review + Who Is REAL #1 Team In The Country?

Unnecessary Roughness: CFB Week 2 Review + Brandon Tries to Kick Everyone Off the Show

Unnecessary Roughness: Texas-LSU Is Fascinating, and Finebaum Said Something Stupid