Everybody is Awful (Except You)
New episodes every Monday and Thursday

About Everybody is Awful (Except You)

Comedian Jim Florentine is no stranger to making people laugh. Barstool Sports presents the co-host of VH1's 'That Metal Show' and Special Ed from Comedy Central's 'Crank Yankers' as the host of the Everybody is Awful (Except You) podcast. Jim Florentine made his mark on the comedy scene not long after his 'Terrorizing Telemarketers' prank CD exploded shortly after it's release. Jim's hilarious, unapologetic deadpan style has him not only among the top touring stand-up comedians in the country, but lending his unique comedic skills to a multitude of shows, films, comedy albums and radio programs including 'The Howard Stern Show', 'Jimmy Kimmel Live', ‘Chelsea Lately' and far too many others to mention.With 'Comedy Metal Midgets', Jim brings his comedy and heavy metal worlds together to form a unique blend of rock star and comic interviews, or drunken discussions from comedy clubs and baseball games. Subscribe now and be sure to get every single hysterical moment. 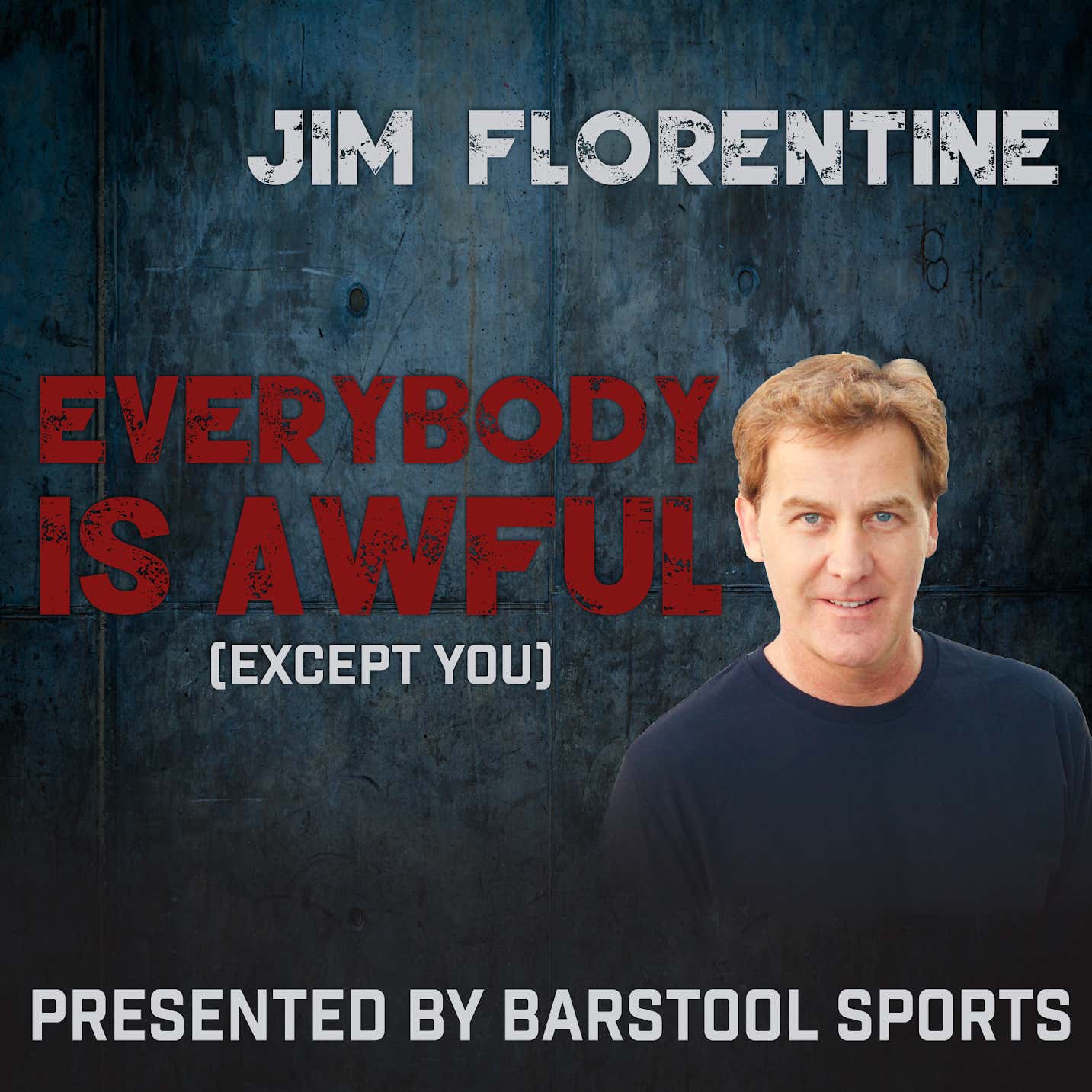 Everybody Is Awful (Except You)
About The Show