The Boston/Philly rivalry develops a new layer with the Celtics and 76ers facing off in the NBA playoffs. That means it’s Dave versus the Philly scumbags once again. They aren’t the only scumbags however, as the show debates whether or not Capitals’ Tom Wilson is one himself, after a cheap shot to a Penguins’ player’s head. We sent Gaz out to the Facebook Summit, and he predictably posted all the interesting stuff to his personal social media. Pup Punk finally puts an end to the office controversy as to who will be their new drummer. We’ve also got mulligans, Avengers, and Office Manager Brett’s bronzed up ankles on this week’s Best of Barstool Radio. 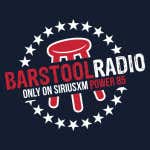