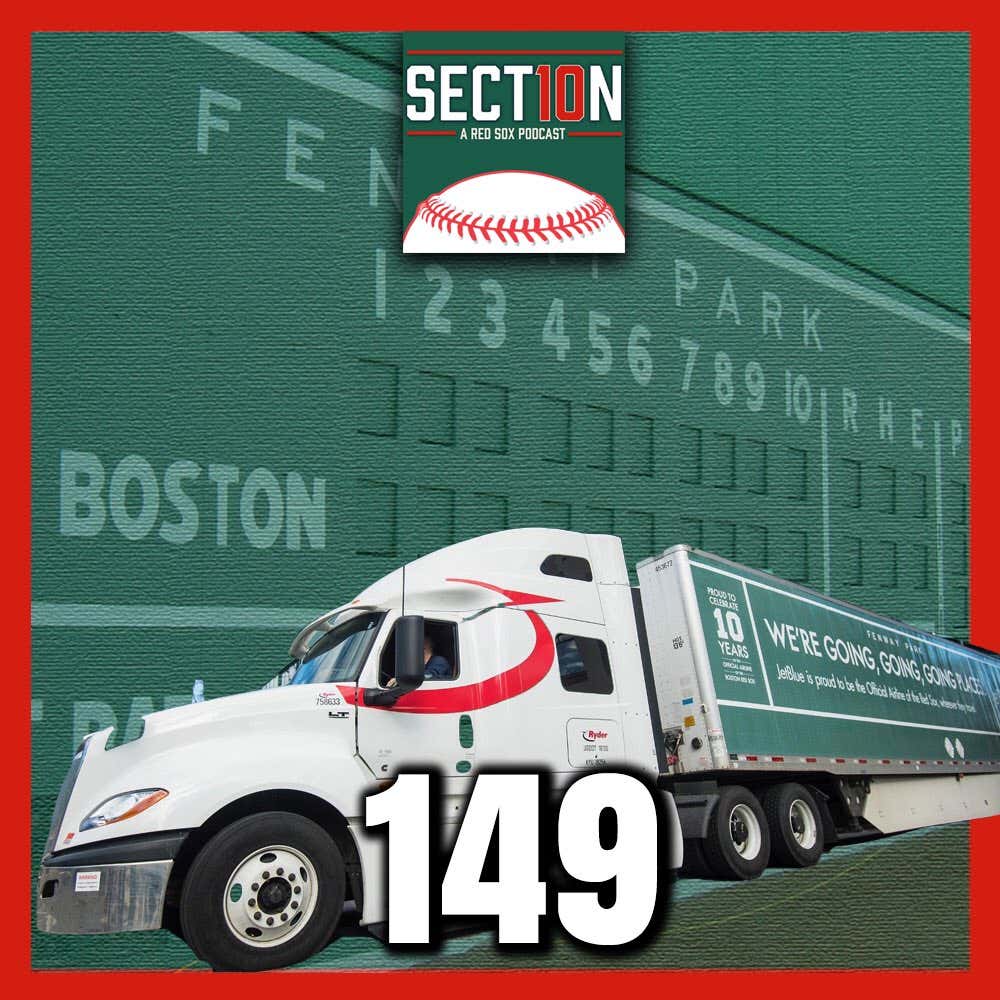 The Super Bowl is over, football season has ended, and now we have the unofficial start of baseball season…Truck Day? Nah. On this week’s episode, we’ve gotta have a little talk about Truck Day and when baseball season officially begins, because it ain’t Truck Day, nor should Truck Day really even be a thing.

On last week’s two-part Pedro Martinez episode, we ripped the writer to shreds who left Pedro off his 1999 MVP ballot. You guys lit up his Twitter mentions, so we read the best hate tweets that he got over the last week. One of the Section 10 Red Sox player nicknames made it to the back of a Topps baseball card, Section 10 listeners’ new favorite thing to do is get shitfaced on weekends and send me videos of themselves doing the Section 10 intro, Mookie Betts wins his arbitration case against the Red Sox, Alex Cora brings relief supplies to Puerto Rico, and the return of bullpen carts.

Down in the DM includes an MFK — Truck Day, pitchers and catchers reporting, and spring training games against Northeastern/BC. How do I get my girl to stop thinking of Brock Holt in bed? Which three non-Red Sox Boston championships of this century are your favorite? If you could add a skills competition to MLB All-Star festivities (similar to the NHL and NFL) what would the competition be? And a bunch more.