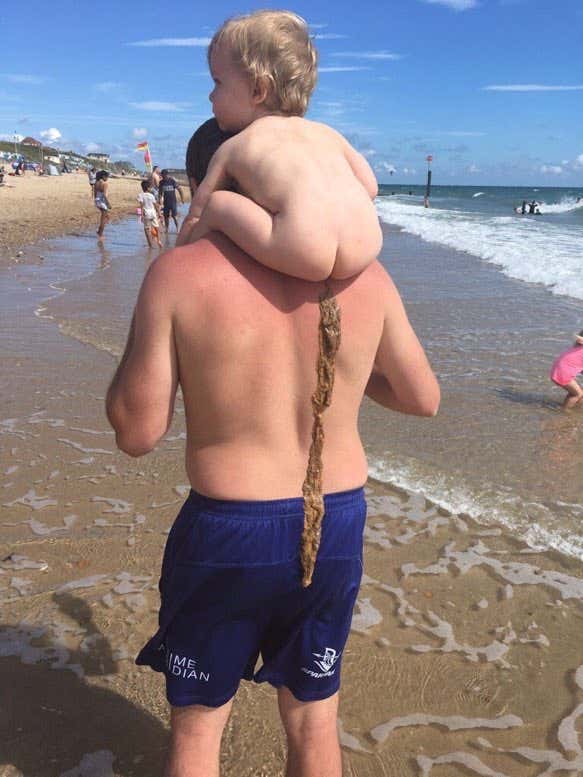 This picture is nightmare fuel for anyone who isn’t a parent. If you’ve never been subjected to a stream of toddler shit, you probably are horrified. If you have kids, this is a Tuesday morning.

“Hey Chaps, why did you post this at lunch time, you ginger-bearded fuck? I’m trying to eat hummus and I feel a touch on the queasy side.”

Well, you see, I didn’t even think about the fact that it was lunch time. Totally slipped my mind. I’m not even that hungry right now so what difference does it make to me?

We talk about this picture on the latest edition of the Podfathers. I dont think that having your baby shit on your like this would be all that bad. Honestly, I’d rather have this happen than the baby unleashing this poop python in the car seat. I’d much rather take a shower at the beach than take apart the car seat. So if you are asking me, the baby did his father a favor by shitting down his back in front of the whole town.

We get into much more on the show. We talk about Kevin getting farts out of his son, my daughter telling her classmate that he’s a fucking piece of shit, and Clem volunteers for murder by openly admitting that he spills buckets full of breast milk every single week and doesn’t even feel bad about it.