For far too long – eternity, to be exact – women have wielded the Power of the Pussy. They’ve controlled this goddam world with sex. They find you, they trick you, they unleash their vagina upon you, and next thing you know, you belong to them. The way you act, the way you dress, where you go, what you do…and TONS OF YOUR MONEY…is all controlled by them.

Well its time to fight back. Humans, as we know them, have been around for about 200,000 years. So we’ve been getting pushed around the ring for about 200 millenia. Not anymore. No sir. The JJO Movement began as a way to prevent men from making rash decisions. To stop them from cheating on their wives or sending that dick pic. To stop them from pulling an Anthony Weiner. Well, Phase 2 begins now thanks to Janet Jackson stealing HALF A BILLION from this dude. Chick is worth 175 mil to begin and all she basically did was hit a “Games Played” incentive clause for 500 more. Outrageous. That Qatari dude has NO BUSINESS handing out prenups like that. No fucking reason. All he probably really wants to do is buy white girls like Taken, but that, my friends, is illegal. All Wissam Al Mana had to do was jerk off and he probably wouldnt have even given Janet Jackson’s crazy ass a second date. Clear eyes, empty balls, can’t lose your money.

So JJO Phase 2 expands the cause to guys everywhere who are about to make any sort of commitment to chicks in general. That means wasting a whole night with some boring chick when you could be out having fun just because she’s dangling pussy in front of you like a horse with a carrot. That means moving in with a chick because it makes financial sense when it makes zero sense socially. That means before you give up half a billion dollars in a prenup that gave you virtually NO upside. Before you make any commitments of any sort to anyone, JJO and grab a beer with a buddy. You still wanna do all those dumb things once you have a clear head, go ahead. You’re still an idiot but at least you made that dumb choice with a clear head.

JJO – get a bracelet, join the movement. 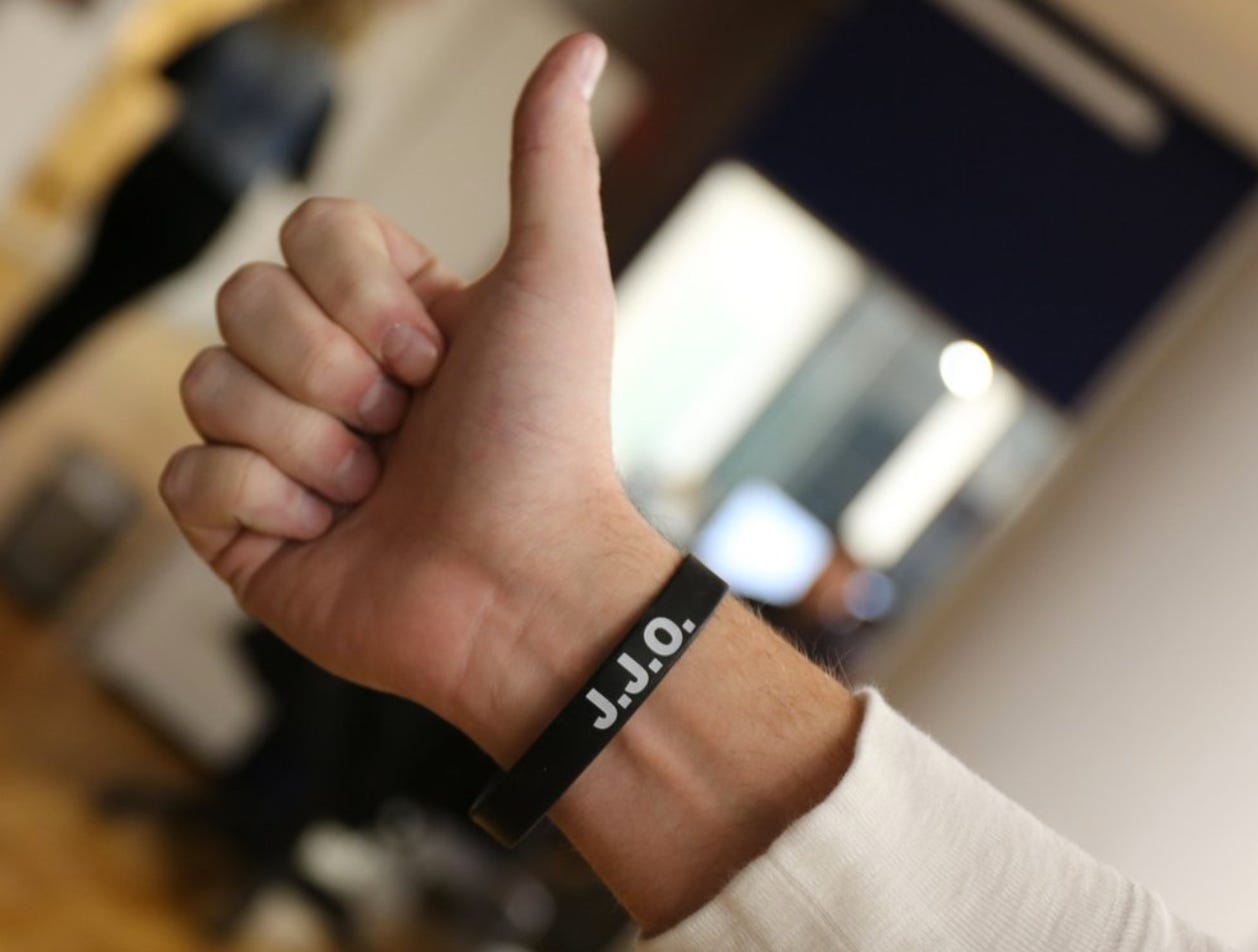