Not gonna lie, this was one of our more interesting if not eclectic episodes on Podfathers. With the new Zero Blog Thirty being recorded before Thursday night’s bombing in Syria, we gave Chaps the floor to discuss what was going on over there with the bombings and what it’s been like raising a child that has known nothing but an America at war. It’s definitely heavier than some of the stuff we have done in the past, but also a reality of the world we live in.

But of course when you get three idiots behind microphones, the talk inevitably will lighten up to everyday topics like bringing kids to a baseball game so they can eat their faces off, if banning kids from a restaurant is a good idea for a business, how completely fucked you are if you have 5 kids under 2, women popping their tops at the new breastfeeding stations at Target, and talk of the potential upcoming breastfeeding emoji. 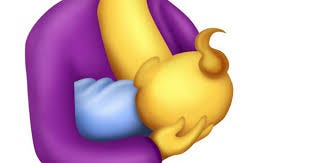