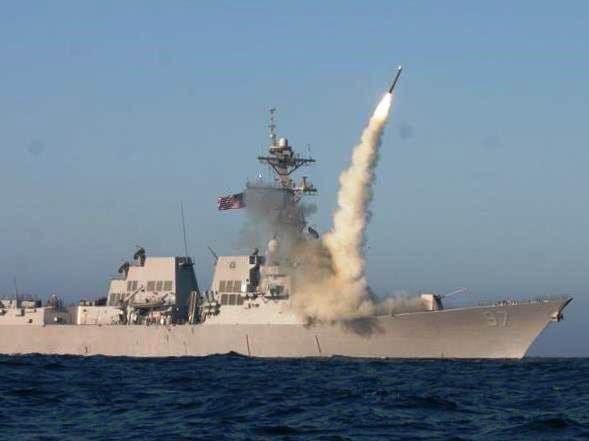 According to every news outlet in the world, the US has launched an attack on Syria’s controlling regime. If what I’m reading is true and President Trump ordered the strike against the airfield, it would be in line with what we usually do to: 1. Gain air control 2. Spread the opposing military thin. 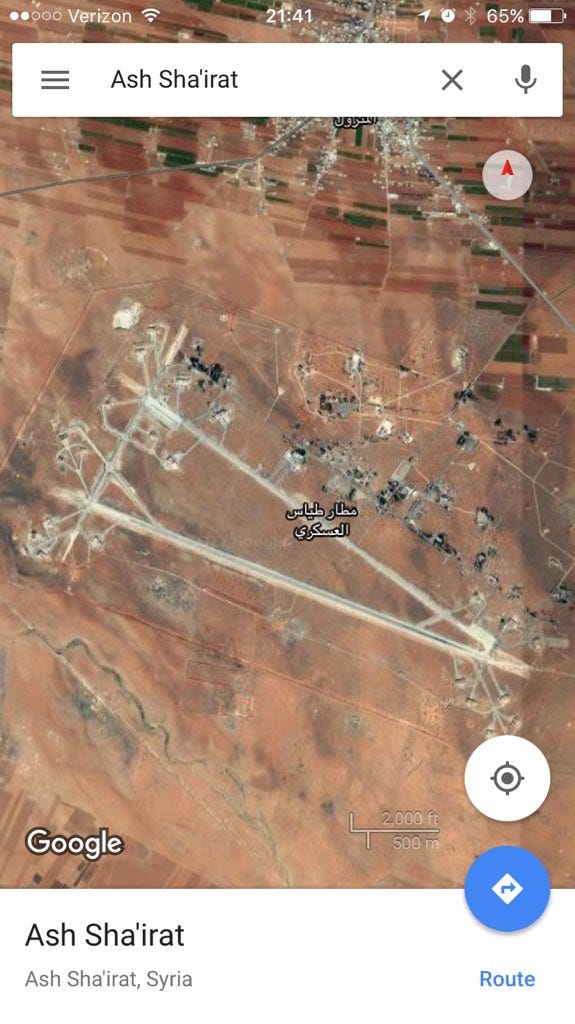 Having control of the air against a military like Syria is invaluable. That’s the reason airstrips are usually the first targets when entering a war. It’s been that way since WW1. Control the air; control the fight.

It also appears that President Trump made this decision to strike Syria with a small inner circle which did not include congress.

Striking a sovereign nation’s military is obviously an act of war. Syria and most likely Russia will deem it that way. Russia’s ambassador warned against any direct military action.

Either way, it’s a scary time. It’s ok to admit that. All over the country, people with military family members are nervous anew. Fighting another war on another front will strap the military even further. It’s such a tough line to walk for me. In a moment of complete honesty, we can’t allow the type of person who will use nerve agents to remain as the head of state. War is awful. Always. Sometimes you have to use force to remove a monster like Bashar al Assad. When you use nerve agents on children, you deserve to die. Simple as that.

We also can’t go face forward and preemptively move into another war without a clear and principled path to victory. Those words come from Secretary Mattis himself. It’s a part of his war doctrine. Hopefully, that plan is in place but Americans who have watched a 14-year war in Afghanistan and Iraq know that plans don’t always end up the way that we want them to. War isn’t a simple ribbon cutting. It’s complicated and the treasure that it takes in both blood and money are incalculable at the onset. War is horrible. Always. Forever.

There’s going to be gobs of information that comes out before morning. These were my initial thoughts while everything was unfolding. Since I hit publish, I saw this. The sentiment remains the same while the facts will continue to unfold.

The Russians were briefed before the strike took place.

Before the airstrikes, Connor and I talked at length about the situation in Syria as well as Mosul. We brought in a chemical weapon specialist to explain what happens to your body when you are exposed to a nerve agent. It’s a heavy episode but it’s good information given the events of yesterday.