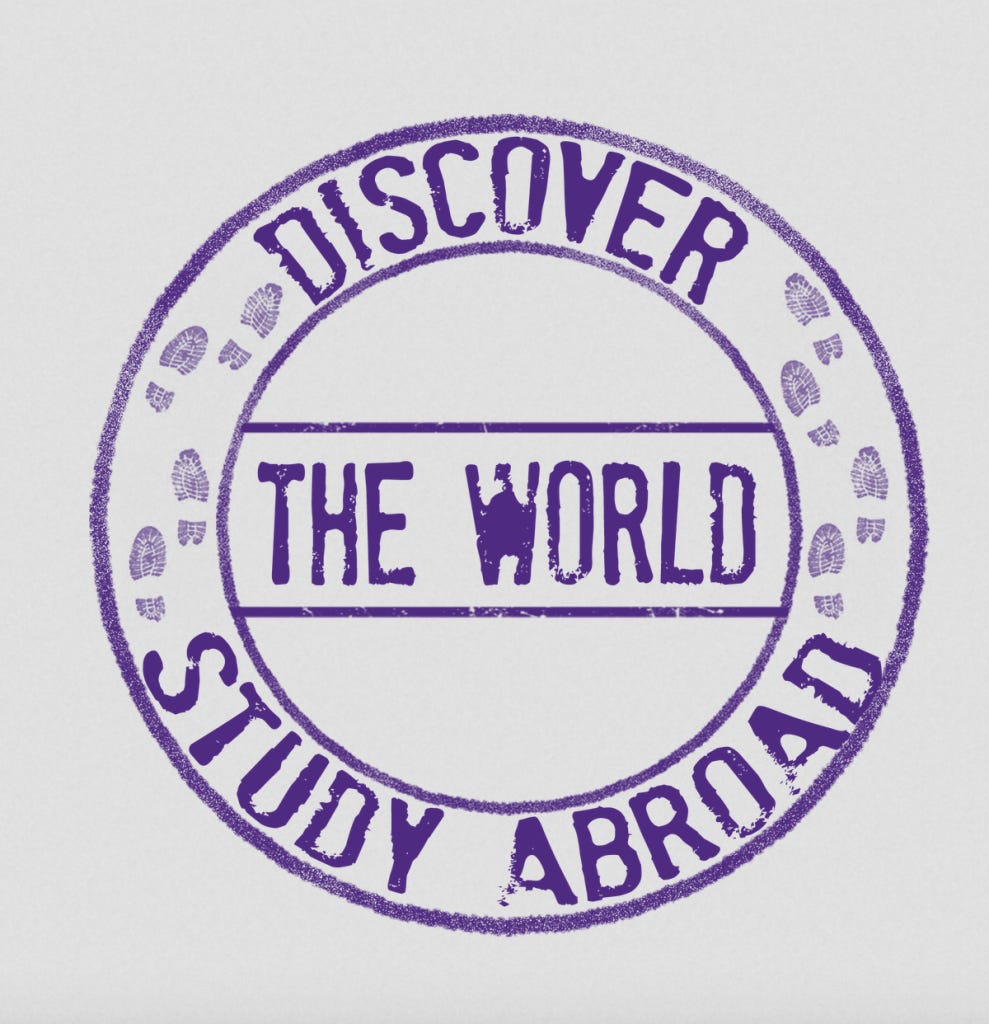 Today on KFC Radio we had a caller who found himself in quite the predicament: he’s about to go study abroad for A YEAR and his girlfriend OF FOUR YEARS wants to tag along.

Now, first of all, let’s just say that this guy is a fucking idiot. I’m sorry man, but you are. You simply cannot have a girlfriend for four years, one who he said he plans to stay with, and just take off for 365 days. That shit isn’t going to fly with a single homosapien woman. Girlfriend of a few months? Sure, say you had your fun but it’s time to breakup so you can find yourself, or whatever bullshit line you want to use. But, a significant other of FOUR YEARS isn’t just letting you head to fuck European chicks for 12 turns of the calendar. You’re a fool for ever thinking that would work. You’ve gotta either ditch the trip or ditch her, but don’t expect to go wild and have her waiting on the docks for you, like a soldier’s wife, when you get home.

Secondly, is there a greater scam a generation of people have pulled off besides study abroad? It’s the most genius thing we, as a millennial people, have or will ever accomplish. We’ve convinced society as a whole that it’s necessary for our growth as a person. We must travel and “learn” about “culture” in order to become genuine human beings. Generation X needs study abroad as badly as we need oxygen, we assert.

No one learns a fucking thing in study abroad, it’s a three month, parent-funded vacation with your friends. It’s bullshit classes with bullshit professors in bullshit colleges with bullshit grading systems. You know what grades I got in Spain? I have no fucking idea. I don’t think I ever knew. I’m pretty sure it was pass/fail and I don’t think I ever checked. You know what remarkable cuisines I discovered? Burger King had hot dogs there years ago, and they put mayonnaise on them, and they were delicious. Arts and museums? We skipped those weekend trips. The “culture” study abroad kids learn is an alcohol dependency because the drinking age is 21 and there’s a designated nap time in Spain for hangovers. The “culture” we get is drinking wine at dinner and pretending to be sophisticated, that’s it. No one studies, no one tries, everyone just fucks a bunch of people and spreads disease like a bunch of black rats.

That’s not to say you won’t have a person or two come home and pretend that they’ve undergone a drastic change. Sure, you’ll have the girl who pretends she picked up an English accent and the guy who tries to pull off a beret or the folks who pretend they “get” art now and they’ll be annoying as hell. But they’re a necessary evil and are integral to the success of this scam. Without those insufferable assholes parents would eventually catch on to the grift that we’re all coming home alcohol-logged assholes rather than culturally awoke assholes. Hate them, but don’t shame them too much. We need them.

Anyway, good luck to our guy trying to get his girlfriend to fall for the same bullshit we’ve convinced our parents to fall for.