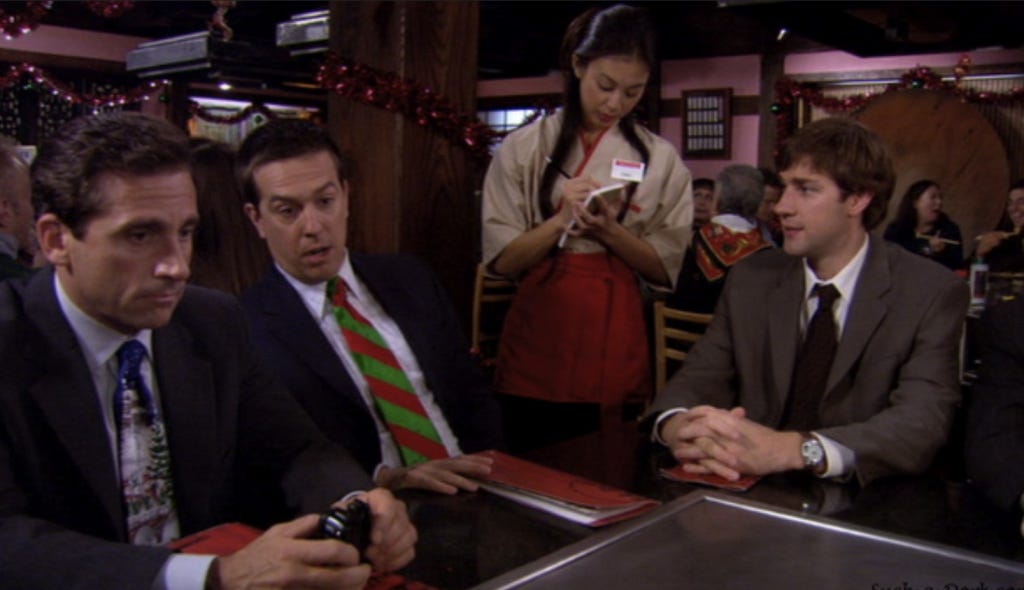 Question today on KFC radio: would you rather have a waitress/food handler who doesn’t speak the same language as you every time you go out for the rest of your life, or would you rather fuck up the push/pull aspect of every door you go to open?

For me, it was a NO brainer. As always happens with these, I was stunned that anyone on planet earth would have a different opinion (because I’m always right and you’re always wrong and the rest of the world revolves around me). But that’s what Kevin and Asa would prefer to have, the eternal bad waitress, because they’re idiots. When you push a pull door, or vice versa, it’s quick. It takes two seconds to fuck that up. You check to see if someone was looking, if they were then you fake a smile and go on with your day, if they weren’t then you just go on with your day. I’m not even sure it technically counts as an inconvenience.

But a waitress who can’t understand you? THE WORST. The absolute worst thing in the world. Trying to communicate with someone who doesn’t speak your language is frustrating enough, but when you’re hungry it’s a billion times worse. It’s the most infuriating situation in the world. You’re speaking slowly, trying to make up sign language moves that make perfect sense to you but look insane, pointing at the menu but that’s not helping because they don’t read English either. It’s absolute hell. In fact if it the sauna down under does exist then there’s no doubt it’s just trying to get some food but the person can’t understand you.

And the worst part is they’re rarely apologetic. When I go to a foreign country I basically spend my entire time apologizing. “I’m sorry. I’m so sorry. I know this was ridiculous for me to come here when I can’t communicate with anyone. I fucked up, what do you want me to do? I’ll just eat the table bread. Sorry again.” But here they’re acting like you’re the one who’s crazy because they can’t understand you don’t want tomatoes on your burger. It’s madness. Madness, I tell you! Choosing that future for yourself, as Kevin and Asa did, is the work of a true masochist.