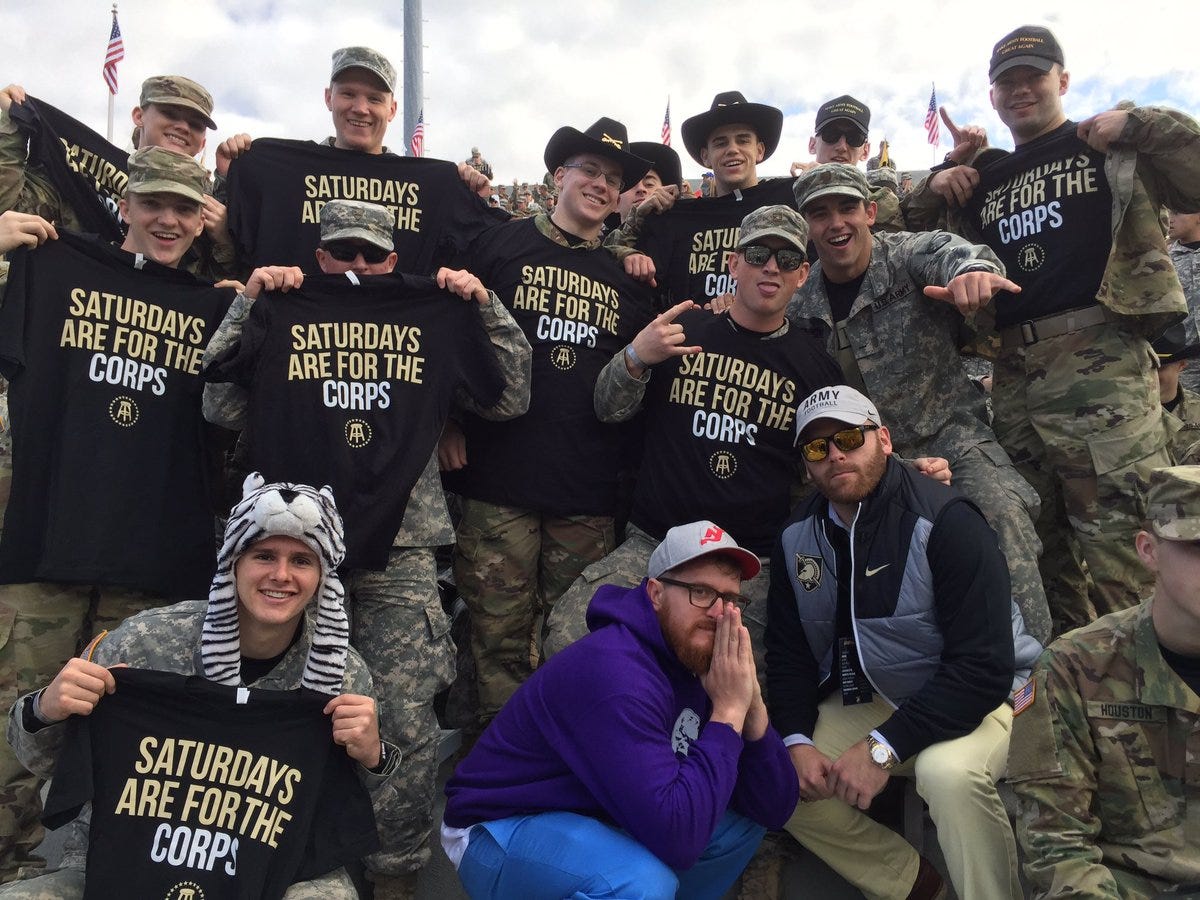 Fantastic day at West Point yesterday. Amry lost but Connor and I had a great time with cadets. Thanks to everybody who came out. We recorded the show live in the parking lot after the game and drank a shit ton of beer with the West Pointers after we were done. During the show, we talked with a few cadets about their time at West Point, the election, and women’s role in combat.

We also launched the Zero Blog Thirty shirts yesterday, so order one of those pigs.