Everyone remembers when journalist Muntadhar al-Zaidi took off both his dress shoes during a press conference and hurled them President George W. Bush while the Iraqi prime minister, Nouri al-Maliki, had the reaction skills of a corpse. You probably don't remember the exact date, December 14, 2008, but you remember the footage of the shoes being thrown. No one was hurt, we all had a good laugh during the recession, and al-Zaidi only got 2 years in prison which was reduced to 9 months for being a good dude. Good times.

You know what we don't talk about enough? The time, May 10, 2005, when George W. Bush visited Georgia (the country) and while giving a speech had a handkerchief wrapped, Soviet RGD-5 hand grenade lobbed at the stage. That's right, about 4 years before W. had some reporter's size 12's chucked at him, the President of the United States had a LIVE EXPLOSIVE THROWN AT HIM. 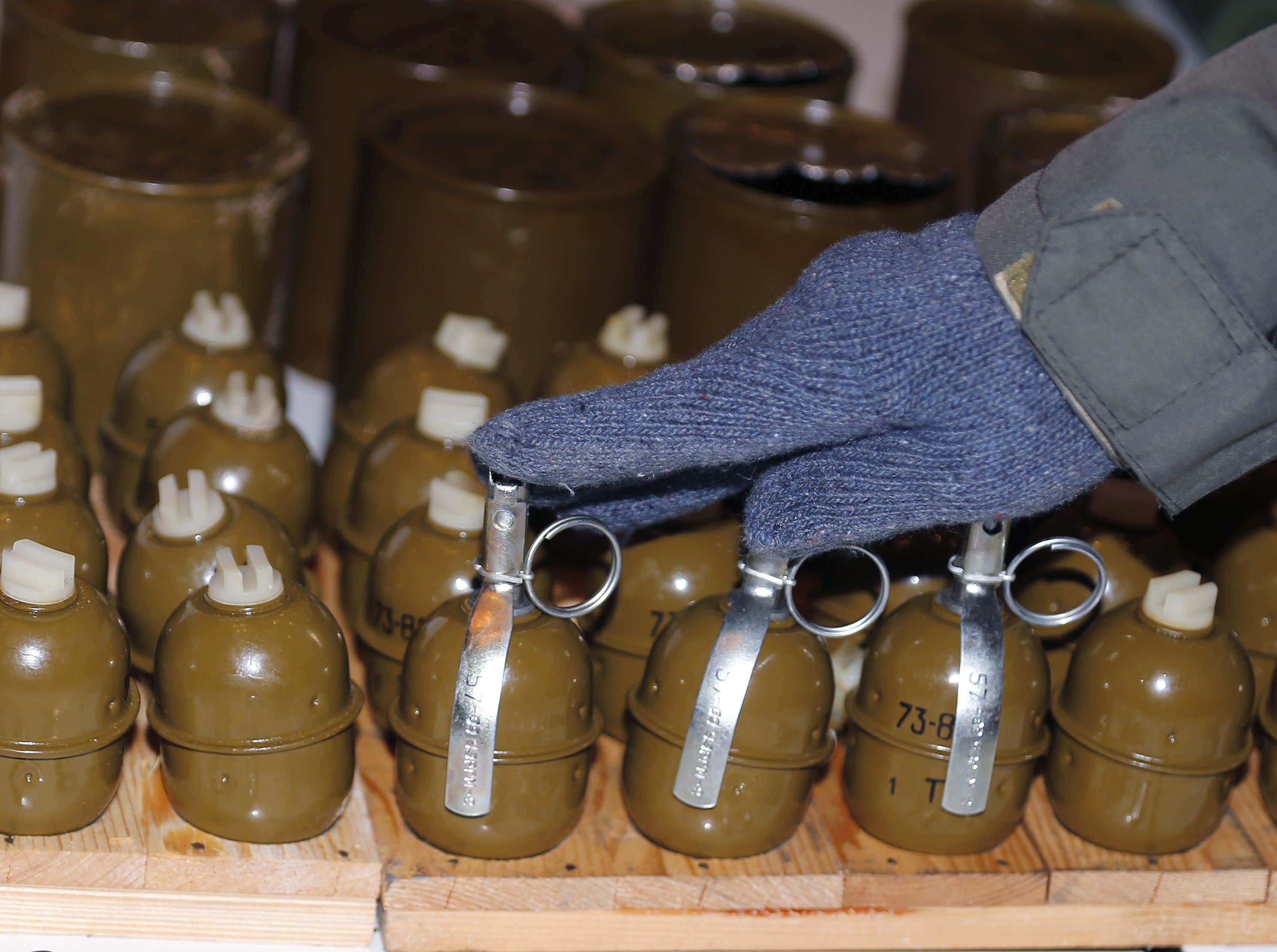 This assassination attempt came up on the most recent episode of the Twisted History podcast and NO ONE had even heard about it. Probably because …

1. The grenade never went off, It landed 61 feet short of the US President.

2. There aren't any cute GIFS of President George W. Bush ducking a hand grenade like a video game character.

Georgian Assassins are like University of Georgia QB's, not NFL ready pocket passers. SO, the would be assassin, Vladimir Arutyunian, lobbed the handkerchief wrapped grenade 20 yards short of George W. Bush, and directly at the back of a woman's head. Bush didn't even know what happened until backstage after the speech.

Later, the pro-russia assassin would claim he was aiming short of the US President so the shrapnel would get to the world leader by going under the bullet proof glass that wrapped around the stage, BUT that's what I would say too if I had a baby arm.

The grenade's impact was cushioned enough by the handkerchief and woman's head to keep the device from detonating. Which is a great thing, because while the charge entirely missed President George W. Bush, the explosive landed by Georgian President Mikheil Saakashvili, his wife, and Laura Bush. The assassian was sentenced to life in prison, and no one seems to remember or know about the attempt on the US President's life. All we remember are him dodging shoes.