First off, fuck Kevin Clancy, AND fuck Clem... I'll circle back to them in a sec.

Secondly, God bless Stu Feiner... Just a wonderfully generous man who spent thousands of dollars and opened his beautiful home to hundreds of people last weekend for a party that had no real theme nor no real reason to have been thrown.

At this party, there were dozens of stoned strangers just kinda walking the grounds of Stu's estate while families shuffled their kids between the pool and inflatable playgrounds, and the rest of us drank and ate like we had a tip on armageddon.

I had the bad luck of standing with KFC during the party, and, as is so often the case, some guy walked up to him and said, "Are you from Barstool?"... He didn't know Clancy's name, but recognized his punchable face.

This guy was probably early-twenties and higher than a giraffe's dick, and Kevin graciously said, "Yes, I am." and then agreed to take a picture with this stoned stranger.

I then equally-graciously offered to take the picture because I have traveled with Clancy before and I have taken dozens of pics for his adoring fans who had ZERO idea who I was.

This kid, in particular, was oblivious to my identity (thankfully) and when he handed me his camera to take the shot, he spent an inordinate amount of time trying to teach me how to use an iPhone to take a picture.

In his defense, he was over-smoked... But he also had a shutter button on the screen of his phone that had an avatar inside of it, so he spent some extra time struggling to explain to me that the avatar was actually also a button.  I fully understood this simple concept even before he opened his stupid mouth, but I let him explain it to me nonetheless to avoid confrontation.

While all this hullabaloo was happening around a simple photo, Clancy decided to poke fun, and as the kid finally left me and went back to pose next to him, Kevin said, "You got all of that Grandpa?"

Obviously, a stupid joke insinuating, "Oh, look, Large is so old, he doesn't know how to work an iPhone."

But then this strange kid... Who, again, was high as fuck... Turned to Kevin, and sincerely asked, "Is that really your grandfather?"

And then my whole day was ruined.

Then KFC... Being the little bitch that he is... Immediately ran over to Clem by the bouncy houses to tell him what went down.

Then that little bitch, Clem, went and told everyone else.

Then everyone had a cheap laugh at my expense.

Then Clem brought it up on this week's Podfathers podcast (attached), and now the nickname/slur "Pop-Pop" is starting to stick.

And that's what's wrong with our society…

You congratulate a woman on being pregnant when she has simply gained weight?… You're fucking dead.

You call someone "Sir" when they are not-so-clearly a "Ma'am"?… Off with your head!

You call an Innuit an Eskimo just out of habit?… Not a ton happens (unless you're in the company of sensitive Innuits)… But you see my point.

In a day and age where assholes tighten at the slightest slight, ridiculing someone's age is still inexplicably okay… This makes no sense because even though the majority of us will never be pregnant, pregnant-looking, gender-fluid, or Innuit, the overwhelming majority of us will someday be old.  But that segment of society (which we all hope to inevitably join) is defenseless against attacks from stoned Millenials and idiotic Mets podcasters.

Something needs to be done to protect the feelings of our elderly, and I think we should start by canceling this man… 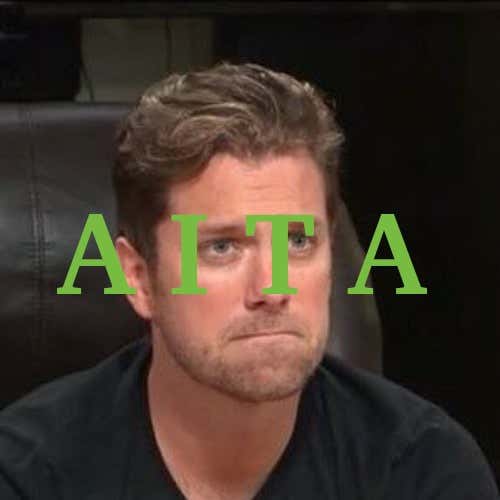 Fun is fun, Kev, but this old man finally refuses to sit in the back of the comedy bus… Apparently, with all the Innuits.