The full 3 part breakdown of Billy Joel's We Didn't Start The Fire is finally complete and available wherever you get your podcasts. The highlights of these 3 podcasts are hearing Large sing the full song, and us taking a second to appreciate Billy Joel successfully rhyming Children of Thalidomide looooong before T-Pain EVER attempted to rhyme Mansion and Wisconsin.

Maybe those are not everyone's highlights, but I enjoyed those parts as much as I enjoyed learning the history behind the song. Some of the lyrics are self explanatory like Joseph Stalin, but other lyrics I've heard a thousand times and never had the slightest clue what the hell they meant - Starkweather Homicide. 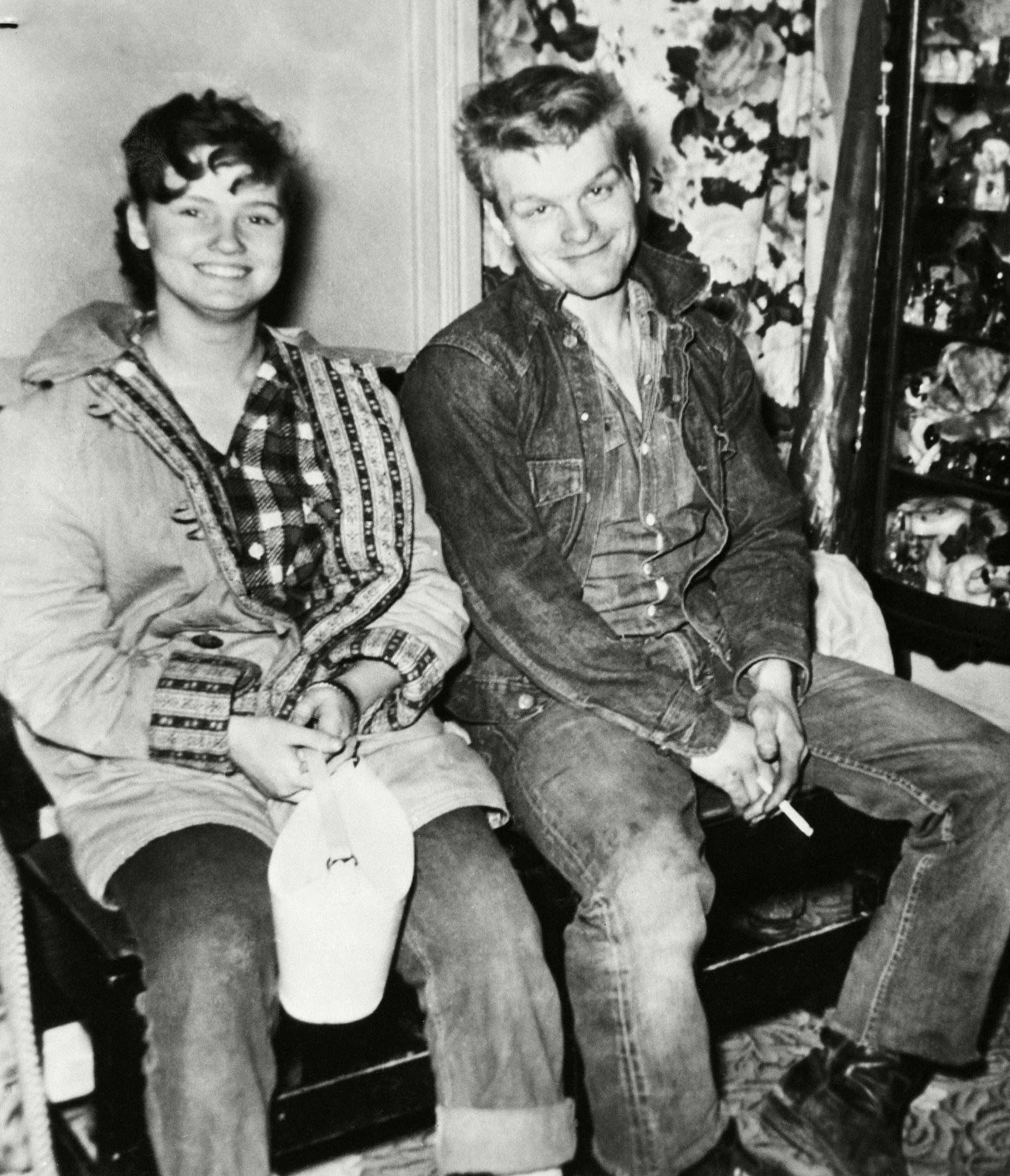 In 1958, 19-year-old Charles Starkweather and his 14-year-old girlfriend Caril Fugate went on a killing spree that spanned over 2 states and took 11 victims. The first targets were Caril's step-dad, mom, and 2-year-old half sister who were later found dumped behind their home. Despite my theory - the family was not murdered for naming their child Caril and spelling it like trash.

Charles Starkweather took blame for the first victims, but Caril Fugate allegedly joined in the killing according to Starkweather. What started in Nebraska on January 21, 1958 ended in Wyoming on January 27th after Fugate surrendered to police and Starkweather was arrested after a high speed chase. Fugate was able to convince authorities that she was being held against her will and talked her way down the death penalty to 14 years in prison. Charles Starkweather chose to be extradited from Wyoming, back home to Nebraska. Starkweather assumed he would be sentenced to the electric chair in either state, so he went home not knowing Wyoming's governor strongly disapproved of the death penalty. Hate to see it.

Large and I go into more detail about the couple's killing spree on the podcast, but turns out the Starkweather Homicides I had never heard of are what the entire plot of one of my favorite movies is based off - Badlands. Sure, the movie description says Starkweather Fugate killing spree, but the poster is too fucking cool to read words. Silhouette of a dude, his gun, and his babe. Hot. I've watched the movie twice since COVID after I found it on movierankings.net. Jeff D. Lowe and Kenjac both gave the 1973 thriller incredible reviews, and two young lovers on a killing spree in the 1950's sounds sooo romantic. Simpler times. 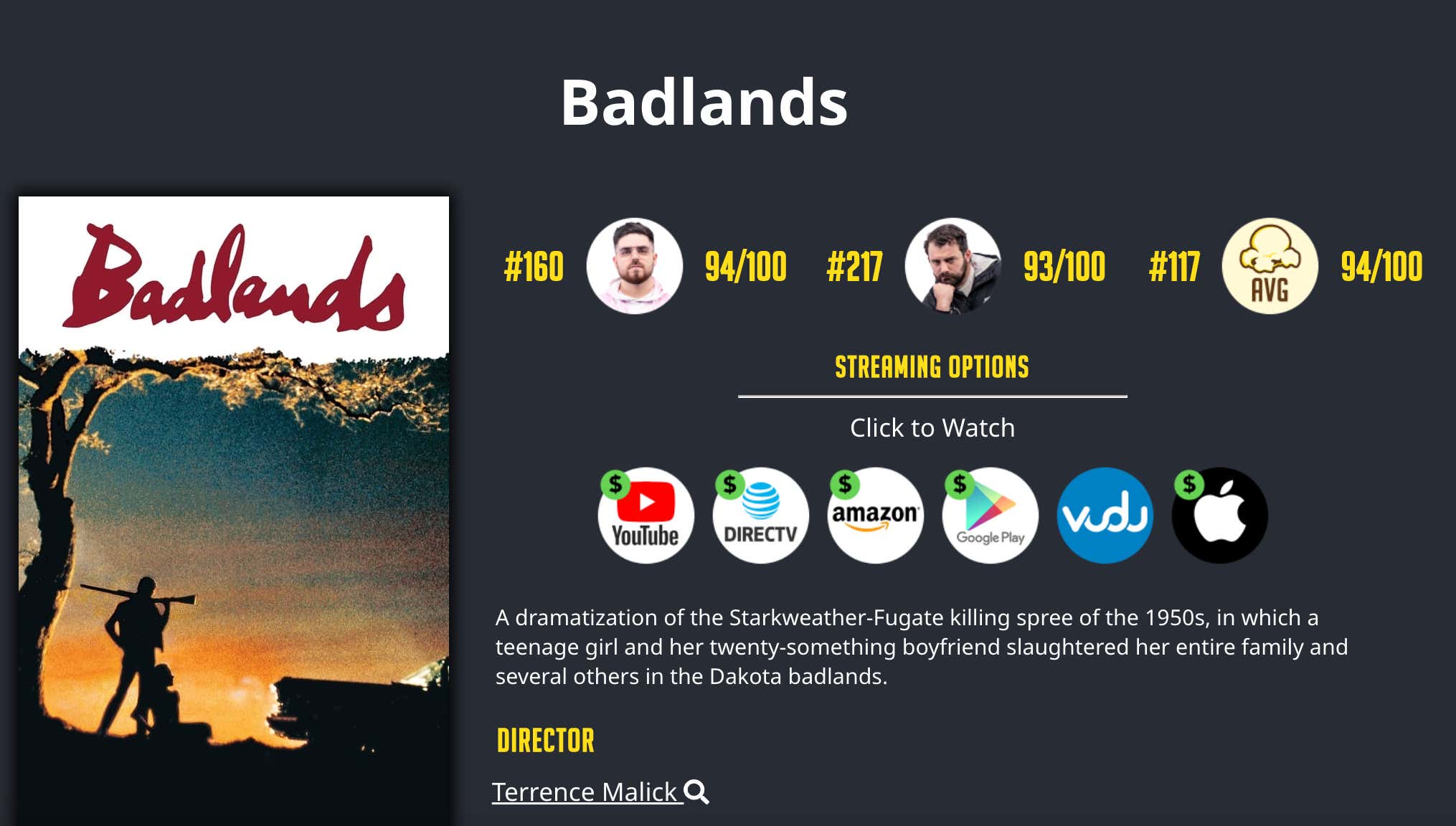 Old movies don't always hold up, but Badlands definitely stands the test of time with great story telling and plenty of action to make the pace feel quick and keep the movie exciting. My favorite part of the movie is immediately when the movie starts, the director shows you what an absolute weirdo sketchball the Starkweather character is (played by Martin Sheen) by having him sort through people's trash. A simple scene, but immediately you understand this dude probably sticks M-80's up small animal's asses. If you're looking for a great movie to watch this weekend, check it out. If you're looking for a great history podcast, go download Twisted History and check out one of the billion history topics we've covered.