I don't understand why we hide history.

From a very early age, we are taught about Abe Lincoln and ultimately learn he was the first US President to be assassinated.

On April 14, 1865, Abraham Lincoln, the 16th president of the United States, was shot once in the back of the head from point-blank range while attending the play ‘Our American Cousin’ at Ford's Theatre in Washington, D.C.

Everyone should know that.

As we get older, we learn a little bit about the man that pulled the trigger, John Wilkes Booth.  Booth was a well-known (and wealthy) stage actor at the time but was also an open Confederate sympathizer and a supporter of slavery who believed that Lincoln was determined to overthrow the Constitution and destroy the South.

And then eventually we learn that Booth escaped after the murder only to be found two weeks later by Union soldiers and killed.

And I'll start by telling the story of Boston Corbett... The man who shot John Wilkes Booth. 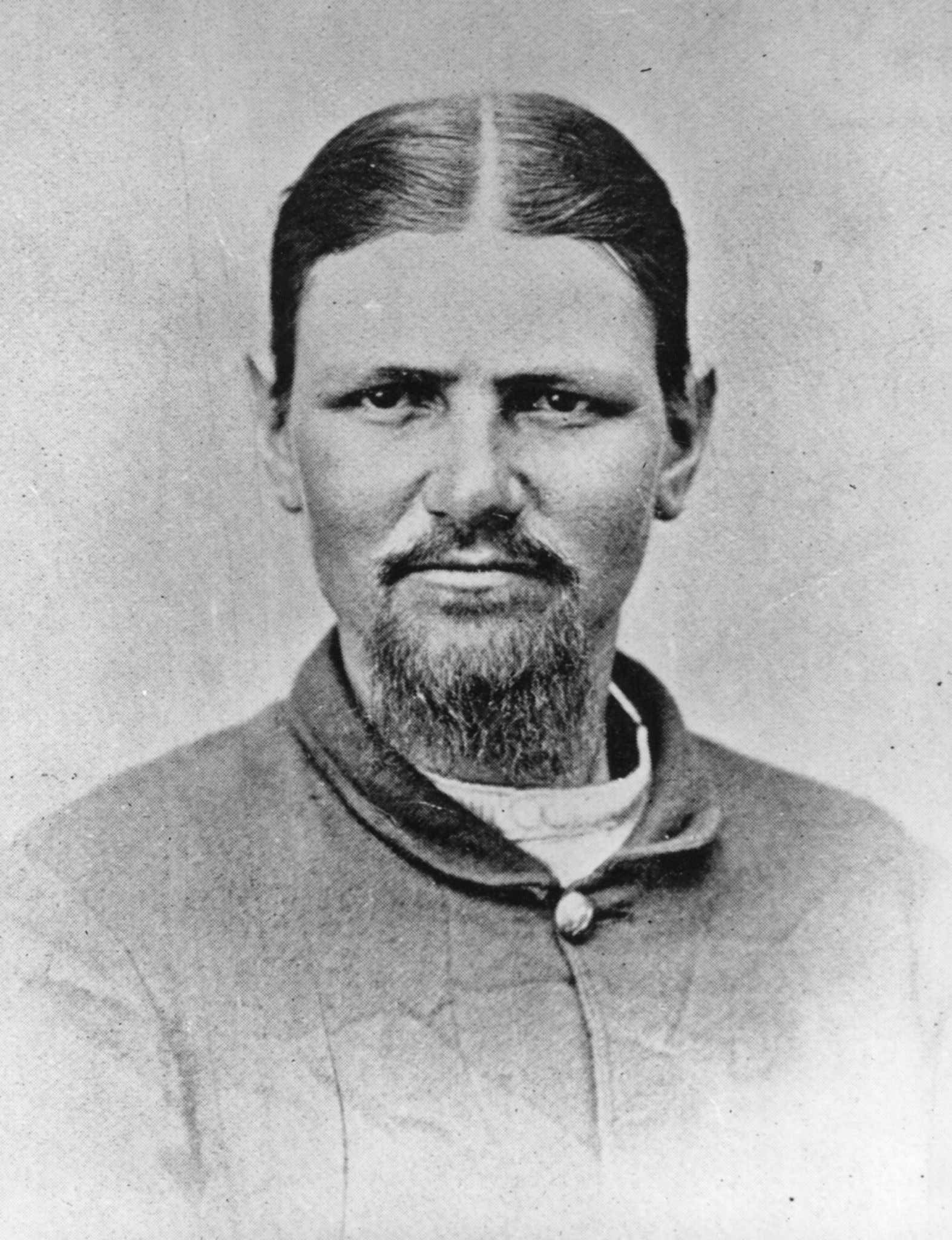 So who was Thomas "Boston" Corbett?

First off… As you can tell from the picture above… He wasn't particularly handsome.

Secondly, he was fucking insane.  He experienced mental issues both before, during, and after the Civil War which some blame in part on his original job as a milliner (hat maker) where he was exposed to the fumes of mercury nitrate, then used in the treatment of fur to produce the felt used on hats now exclusively worn by pimps.

Excessive exposure to the compound often leads to hallucinations, psychosis, and twitching (known as the "hatter's shakes”)… And it’s where we get the expression/character "Mad Hatter".

Another factor that may have led to his mental condition was the fact he was happily married, BUT his wife and child died in childbirth… That tends to leave a dent.

To make matters worse, following their deaths, Corbett became began drinking heavily… He was unable to hold a job and eventually became homeless.

Then he found God… After a night of heavy drinking, he was confronted by a street preacher who persuaded him to join the Methodist Episcopal Church. Corbett immediately stopped drinking and became devoutly religious. After being baptized, he subsequently changed his name from Thomas to Boston (the name of the city where he was converted).

This was all before the Civil War broke out and waaaay before he shot Booth.

On July 16, 1858, while working as a hat maker/part-time street preacher, Boston Corbett was propositioned by two prostitutes while walking home from a church meeting.

He was deeply disturbed (but also intensely aroused) by the encounter, soooooo when he got back to his room at the boardinghouse, Corbett began reading the Gospel of Matthew…

“And if thy right eye offends thee, pluck it out and cast it from thee….and there be eunuchs, which have made themselves eunuchs for the kingdom of heaven's sake".

And as any sane hatter would do in order to avoid any future prostitute-induced erections, he castrated himself with a pair of scissors.  He then ate a meal and went to a prayer meeting before seeking medical treatment.

--- By the way, to castrate one's self is to not-so-simply cut your own balls off.  The shaft is left intact, so it is still possible (but often difficult) for castrated men to achieve erections… Although, usually only after Jada says they are allowed to. ---

So now the guy who shot the guy who shot Lincoln went crazy from Mercury… Chopped off his own balls… Joined the Army… Was at one point court-martialed and sentenced to death for insubordination but was instead discharged… He re-enlisted and was a POW in Andersonville Prison for a stretch (which, with a mortality rate of 28%, was NOT a nice place)… Shot the man who shot Lincoln… Was eventually thrown into a mental. hospital, but escaped on horseback at the age of 66… And is thought to have died in the Great Hinckley Fire of 1894 in Eastern Minnesota.

And I am guessing 90% of people who finished high school has no fucking clue who this guy was.

If you can put up with some random c-words and an inordinate amount of Woody Allen bashing, I think it will make your children better people.