I did a podcast on the Lewis and Clark Expedition last week, and in it, I described exactly what the Americans received for their $15,000,000 Louisiana Purchase.

Quite a few people are under the impression that President Thomas Jefferson and his Secretary of State James Madison only received the lands in and around modern-day Louisiana when they struck a deal with the French in 1803.  When in actuality, it was the MUCH larger Louisiana Territory that was purchased.

The state of Louisiana is a mere 53,000 square miles whereas the Louisiana Territory is a whopping 828,000 square miles stretching from the Delta all the way to Canada, enveloping Louisiana, a little bit of Texas, New Mexico, Minnesota, and Colorado... most of North Dakota, Wyoming and Montana... and ALL of Missouri, Arkansas, Kansas, Nebraska, South Dakota, and Iowa.

The darkened area below is what we bought and the red lines show Lewis & Clark's route to and from St Louis and the Pacific Ocean. 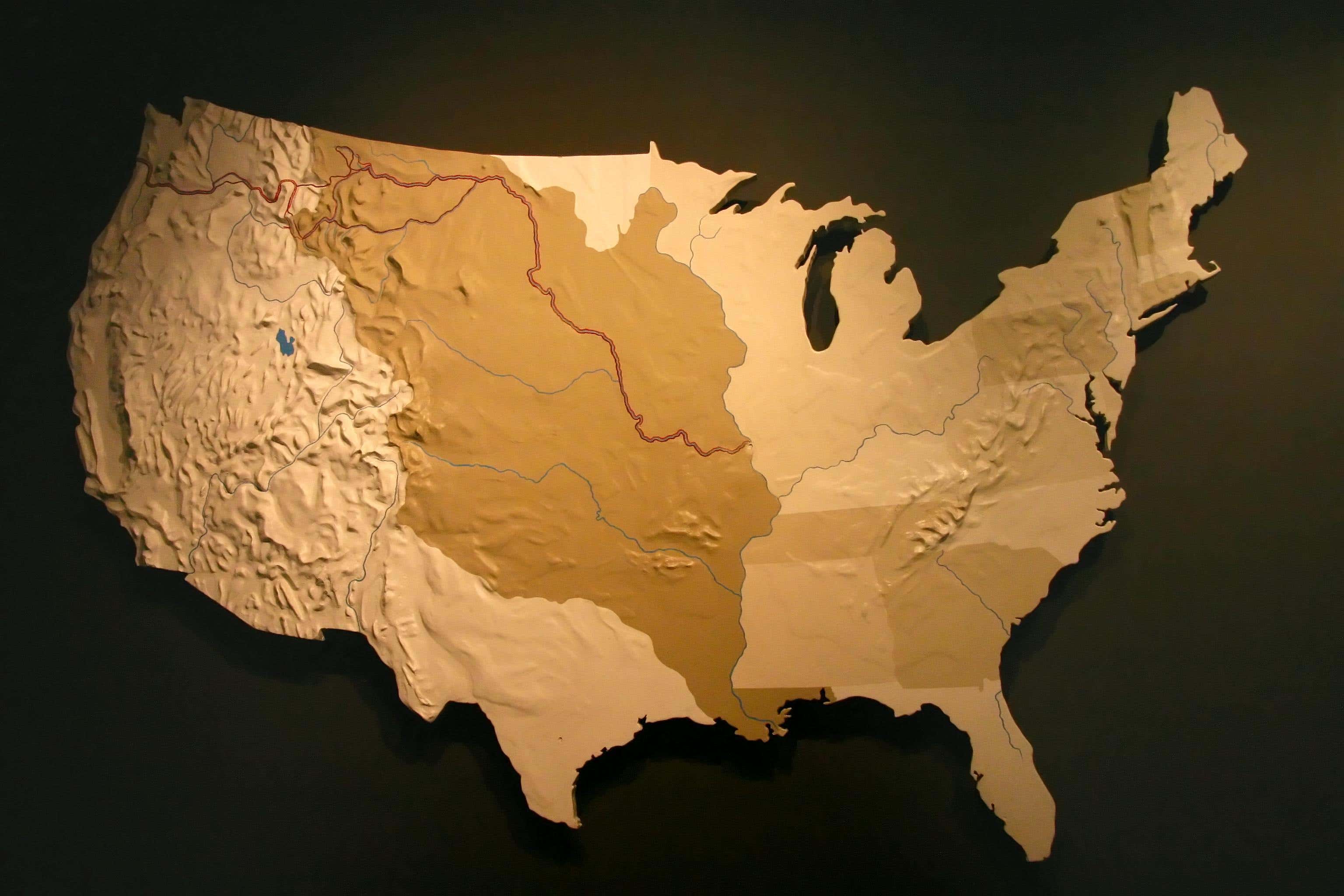 That's a lot of fucking land, and the fact we had no clue what was in this new territory is one of the reasons that Jefferson enlisted the help of Meriwether Lewis and William Clark to make their way across this newly acquired territory all the way to the Pacific Ocean.

HERE'S A FUN HISTORICAL FACT: Jefferson knew so little about what existed in this alien terrain that he prepared the men for the chance that they might encounter wooly mammoths along the way.  To put that in perspective, the most optimistic archeologists believe that mammoths were extinct nearly 4,000 years before Lewis & Clark shoved off for the left coast while some believe that number is closer to 10,000 years… So the perspective I am providing here is: No matter which date you use for the extinction of this hairy pachyderm, Thomas Jefferson was a zoological moron.

But what does this whole blog have to do with the Royal Family since jolly old England was involved with neither the Louisiana Purchase nor Lewis and Clark's trip?

The reason I bring them up is that the aforementioned Louisiana Territory was named for the French King Louis XIV… AKA Louis Quatorze… AKA Louis le Grand (Louis The Great)… AKA Le Roi Soleil (the Sun King).

He was King of France from May 14, 1643 (when he was only 4 years old) until his death in 1715 (at the age of 76). His reign of 72 years and 110 days is the longest recorded of any monarch of a sovereign country in history.  A record that many thought would never be broken.

And that's where the English come in…

That old bag, Queen Elizabeth II, is now close on Louis' silk high-heels… At the time of me typing this overly-descriptive history blog that nobody will read, that old bitch is just shy of 70 years in office making her easily the longest-reigning incumbent monarch and also the longest-reigning documented female monarch in history.

But they need to keep her 95-year-old ass propped up on the throne for another 2 and a half years if she’s gonna beat Louis XIV, and in a day and age where we've seen angels like Betty White fall just short of her milestone, I will gladly take the under on the Queen jumping the King.

I will speak to the oddsmakers at the Barstool Sportsbook about installing a line on this historic contest, but I am not hopeful they will want to be involved in what is essentially a Royal Death Pool… Stay tuned.