Full disclosure: I haven't been to Arby's in over 25 years, so I can't comment on its quality versus other fast-food chains... I faintly recall the roast beef reminding me of a NERF football that was dipped in salty beef broth and then sliced...

… but there was also sweet horseradish sauce and curly fries that I vaguely remember as being elite.

I can, however, tell you with confidence that the good people at the roast beef chain have upped the ante when it comes to heating up your insides by introducing their new Diablo Dare sandwiches. 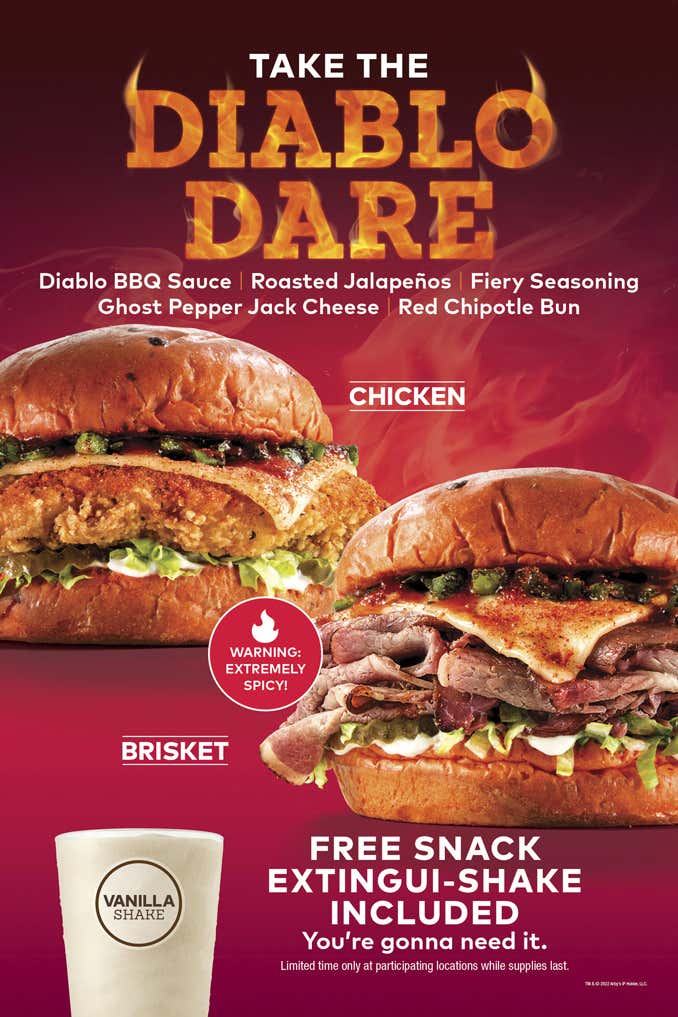 They come in two different options: One contains smoked brisket, and they also have a crispy chicken sandwich version.

On either, you also get ghost pepper jack cheese, fiery hot seasoning, fire-roasted jalapenos, diablo barbecue sauce, and it's served on a toasted red chipotle bun.

And to top it all off, it comes with a free vanilla shake… Apparently, the sandwich is so spicy that you need a milkshake to help wash it down.

I would love to make fun of Arby's for their newest abomination to the Lord, but I have to admit that at first, it had my curiosity, but now it has my attention…

Can a national chain make a sandwich that could actually injure some poor bastard's ulcer?

Is the woman who sued McDonald's for having their coffee too hot just champing at the bit to sue the balls off of Arby's for destroying her rectum?

It all remains to be seen, but for the first time since the late '90s, I am willing to head on over to the nearest Arby's establishment, totally ignore the fact that they have served sliced fingertips to customers on more than one occasion, and try one of these fiery sonofabitches for myself.

I will report back (from the toilet, probably) if Glenny doesn't beat me to it.