It is officially crunch time in the Pardon My Take "Drive to the 405" Pick'em Competition. Every week since September, our crew has made plenty of picks on the show involving NFL games, and suddenly, there are just two weeks remaining. If you are unfamiliar with the competition, here are the rules: 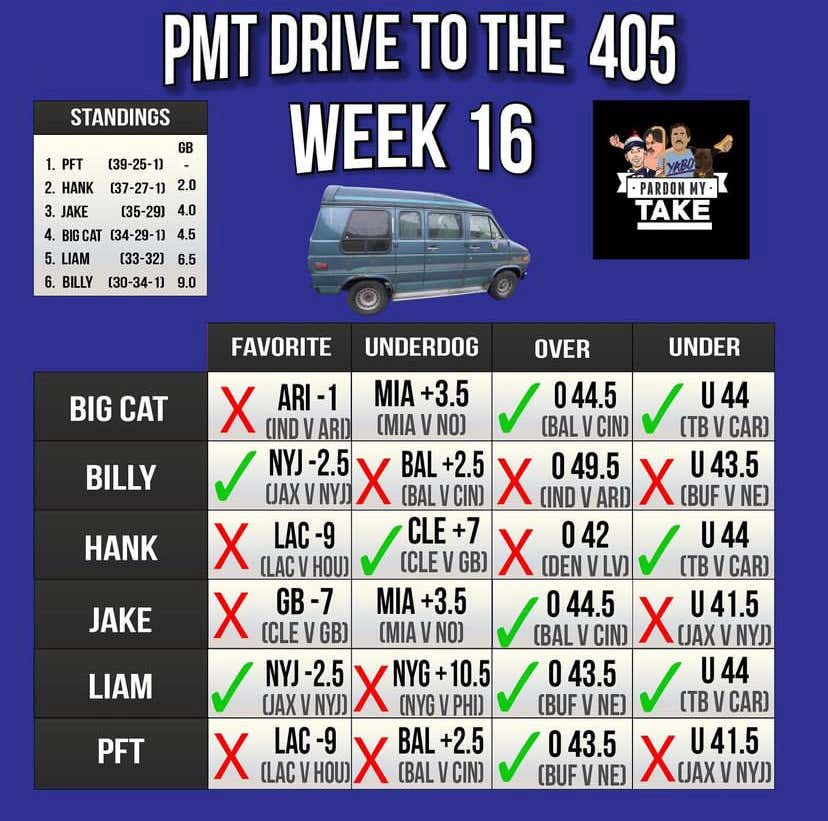 Very little change in the standings this week, but the only thing we know is that nobody is safe. Mathematically, PFT can not fall down to last place, but aside from that, everybody is still within 2.5 games of a driving spot. With eight picks left, there is still plenty of room for movement, but Billy definitely needed that dramatic Jets win to avoid going 0-4 this week.

If the season ended today, the driving duo would still be Hank and Billy. On today's Pardon My Take, Billy said that he's basically already accepted the fact that he will be on the road trip. That can certainly still change, but he has struggled recently. Will there be any more changes to the standings in the final two weeks? We shall see.