Things are starting to get very, very interesting. Week 15 of the Pardon My Take "Drive to the 405" Competition is mostly in the books, and there actually wasn't much of a change in the standings over the weekend. Before we get into it, a look at what this season-long NFL picks contest entails:

And with the majority of the Week 15 picks complete, here is a look at the updated standings... 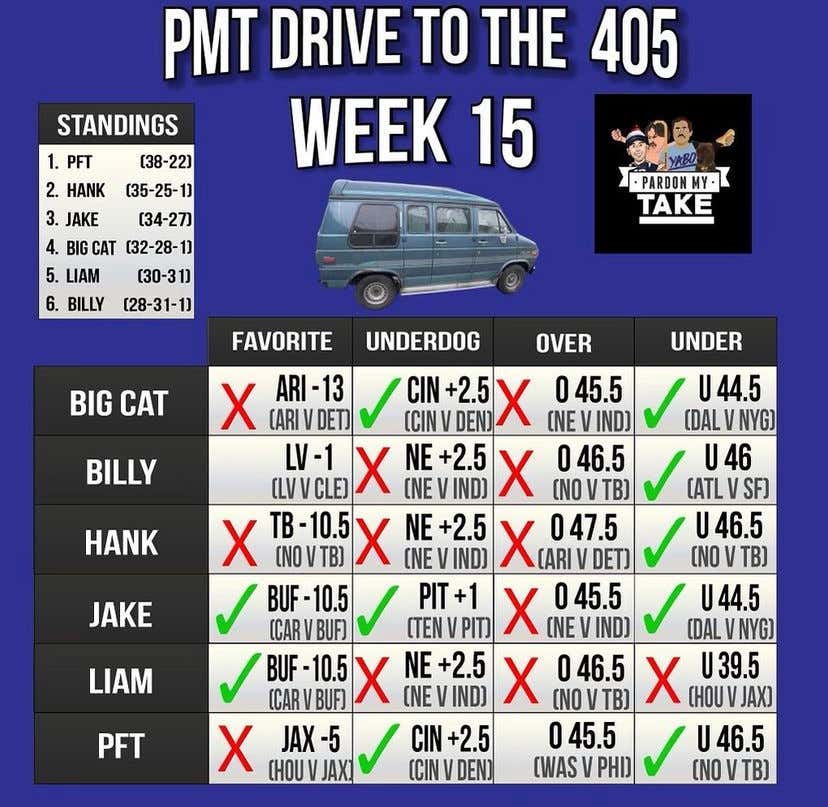 With just three weeks remaining, it is once again the Hank and Billy show if the season were to end today. But that is not the case, and there is still a ton that could change in the final three weeks of the regular season. For some reason, the under category continues to be our groups best by far, as the crew went 5-1 this weekend. Billy needs to get hot soon, as he is 2-8-1 in his last three weeks (with one pick remaining today).

The craziness of this contest is that in all likelihood, nobody is ever going to be mathematically safe until the final week. All six of us are within three games of a road trip spot with 12 picks remaining. The intensity is only going to increase from here on out, and every pick becomes that much more important.