Me? Well, as you can hear from the instant reaction First Time, Long Time taken after the game, shit no. After sleeping on it, I should've been giving the Eagles more credit for the 30-13 win instead of basically saying the Broncos barely showed up, but still, I don't think at 4-6 they're going to make the playoffs on lack of talent alone. They actually have a fighting chance and are in control of their own destiny, but what do the people think? And by "People", I mean the run of the mill slapdick WIP listener who many are surprised has the abilities to access social media, let alone participate in an anonymous online poll:

Still nope. Interesting. Now let's be enlightened by other WIP polls that for some reason exist. 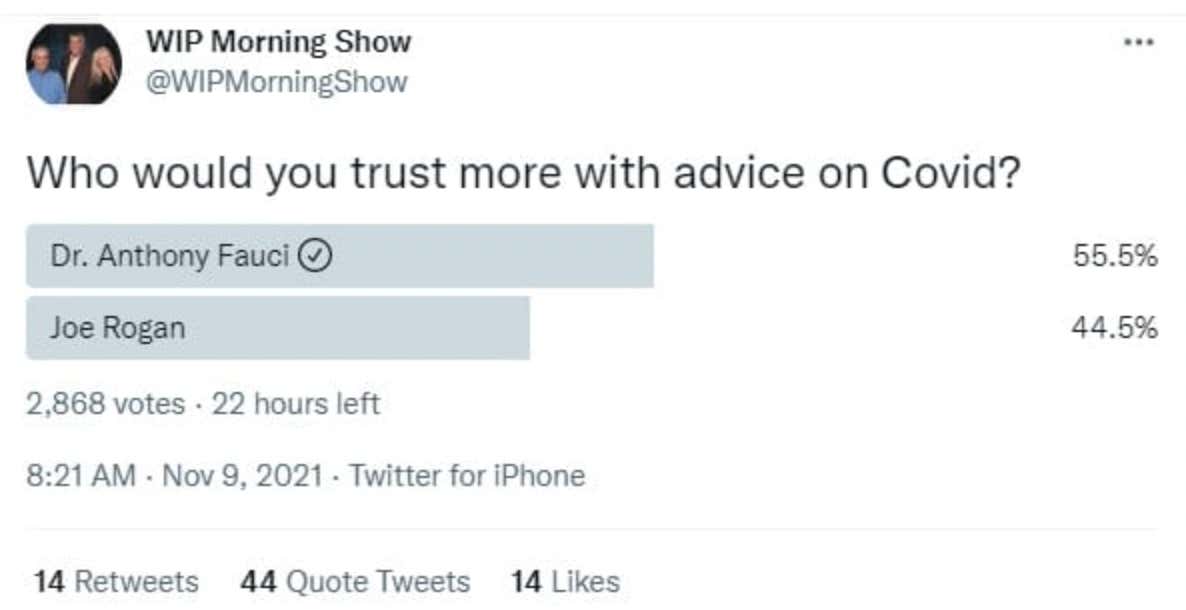 First Time, Long Time will be back tomorrow with Rone in the studio. Until then, we'll hang up and listen.