The wait is finally over. After a very long offseason, the college basketball season is here. Tomorrow night, 358 teams begin chasing their dream of hoping to be included in the 2022 NCAA Tournament. But only 68 of them will turn those dreams into reality, and starting today, I am going to do my best to try and predict which teams will hear their names called on Selection Sunday.

Twice a week (Mondays and Thursdays), I will be releasing a projected March Madness bracket right here on the blog, including a bubble watch. For those unfamiliar with how the NCAA Tournament bracket gets made, here are the basics to what the committee does:

- 32 teams receive an automatic bid, which is awarded to the team that wins their postseason conference tournament

- 36 teams receive an at-large bid to the NCAA Tournament, which is where the Selection Committee comes into play. It is their job to select the best 36 at-large teams to join the 32 automatic qualifiers.

So, let's not waste any more time. Introducing the first bracket of the 2021-2022 college basketball season... 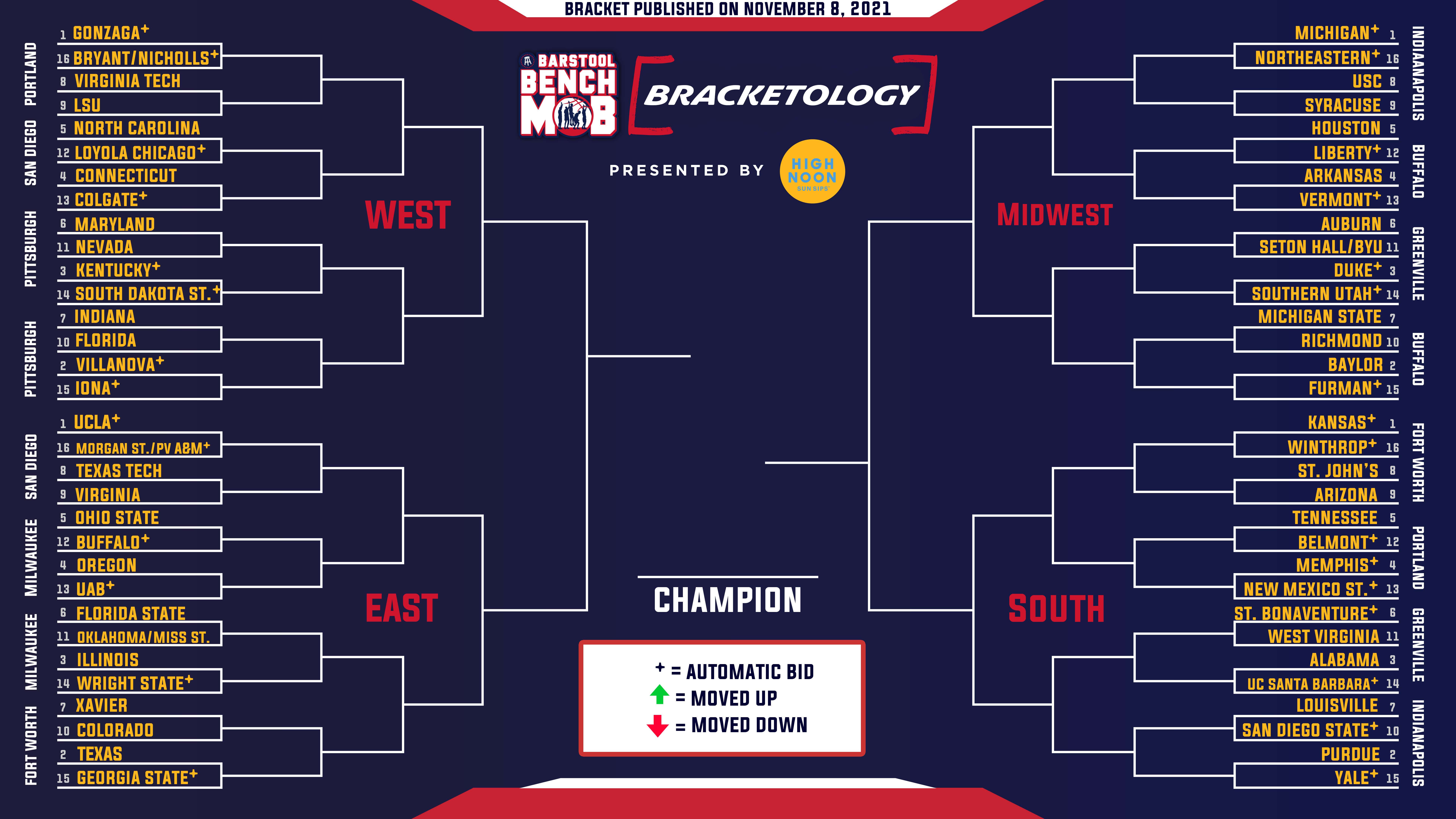 I am expecting some people to be happy with this initial bracket, and others… not so much. I already got a nice dose of that with Mr. Cat when I told him that Wisconsin was on the wrong side of the bubble to open the season.

Our entire Barstool Bench Mob crew will be at Madison Square Garden tomorrow night for the Champions Classic. Be sure to check out our social feeds for updates from Marty and Rico's first college basketball game as members of the media.