The Pac-12 Conference was the breakout league in the 2021 NCAA Tournament. UCLA made the Final Four, Oregon State and USC made the Elite Eight, and Oregon made the Sweet 16. Now, the Conference of Champions is hoping for a similar showing in the NCAA Tournament, but a better overall season, too. On today's episode of the Barstool Bench Mob, we break down the entirety of the Pac-12 Conference from top to bottom, in addition to making our picks for Conference Champion, Player of the Year, and Coach of the Year. Let's get right to it:

UCLA made a magical run from the First Four to the Final Four, becoming just the second team in college basketball history to accomplish that (2011 VCU). The Bruins lose no starters from Mick Cronin’s fist season in 19-20, and just two rotation players from last season. Johnny Juzang scored at least 27 points in three NCAA Tournament games, and his 29 in the Final Four was the most by a UCLA player since Kevin Love in 2008. Tiger Campbell, Jules Bernard, Jaime Jaquez Jr., and Cody Riley all return, too. Notable additions include McDonald’s All-American forward Peyton Watson and Rutgers transfer Myles Johnson. Keep this in mind, though: despite returning every key piece from last year’s Final Four run, this is still a relatively young team, with an expected starting lineup of SO-SO-JR-SO-JR. Now, the question this season: Can they take what they did last March and turn that into their identity for the entire season? 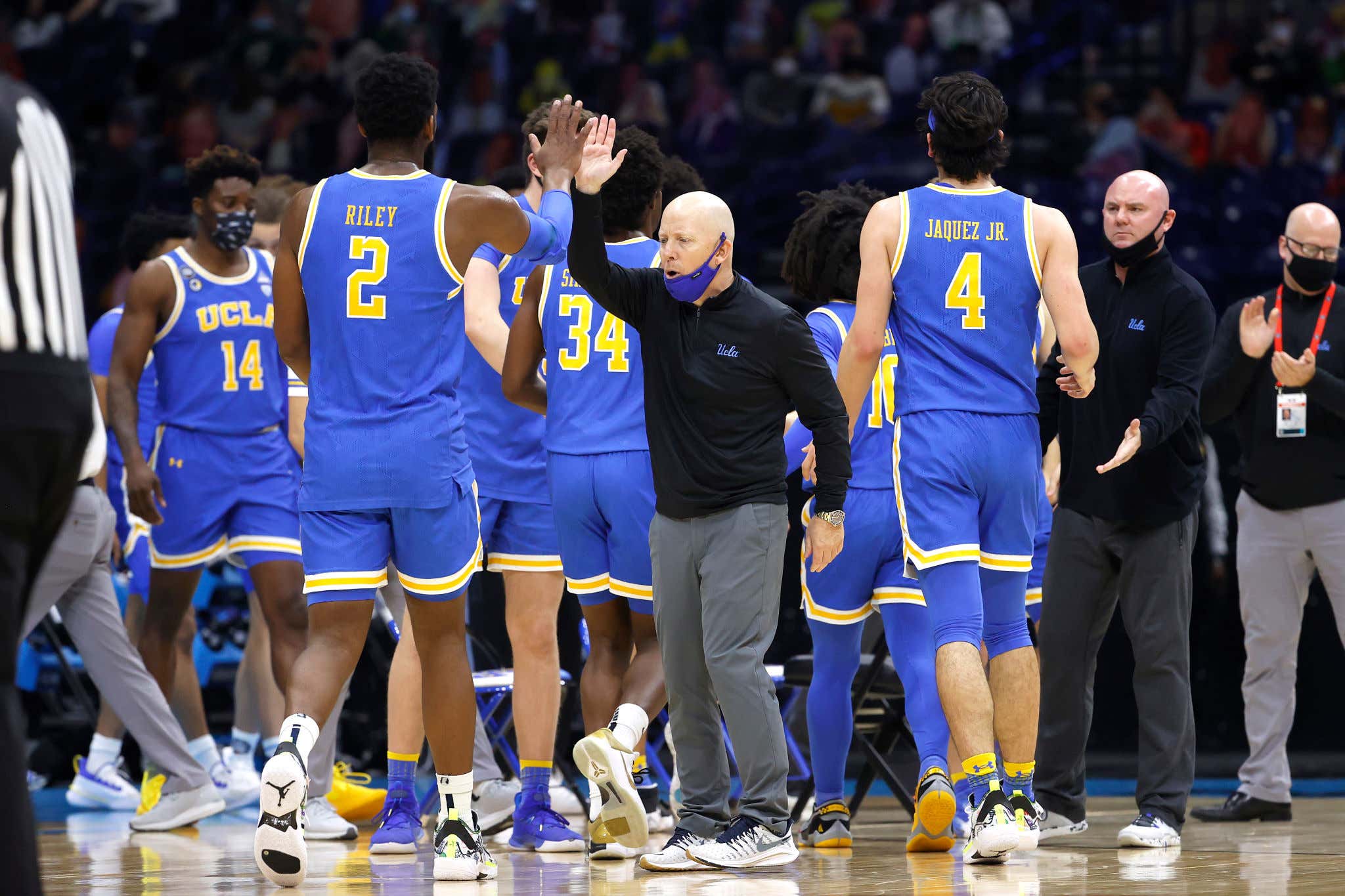 Oregon basketball is one of the more underrated programs out there. Along with Michigan and Gonzaga, they are one of the three teams to each with Sweet 16 in four of the last five NCAA Tournaments. The Ducks lost a ton this offseason: its top three scorers (most notable Chris Duarte) and six of its top nine players, in addition to longtime assistant Tony Stubblefield (DePaul). However, the Ducks add four transfers and two well-regarded freshmen. Will Richardson averaged 38.8 MPG in the postseason and shot 61%(!) from 3 in the Ducks’ final six games. Rutgers transfer Jacob Young can be feisty on the defensive end. Eric Williams Jr. proved himself on both sides of the ball and returns after testing NBA waters. Syracuse transfer Quincy Guerrier helped lead the Orange to the Sweet 16 last year, and Center Franck Kepnang is expected to play a much larger role this year after Coach Altman indicated he regretted not playing him as much last year. Oklahoma transfer De’Vion Harmon, big man N’Faly Dante, and freshman Nate Bittle will also play a factor in this deep Ducks rotation. 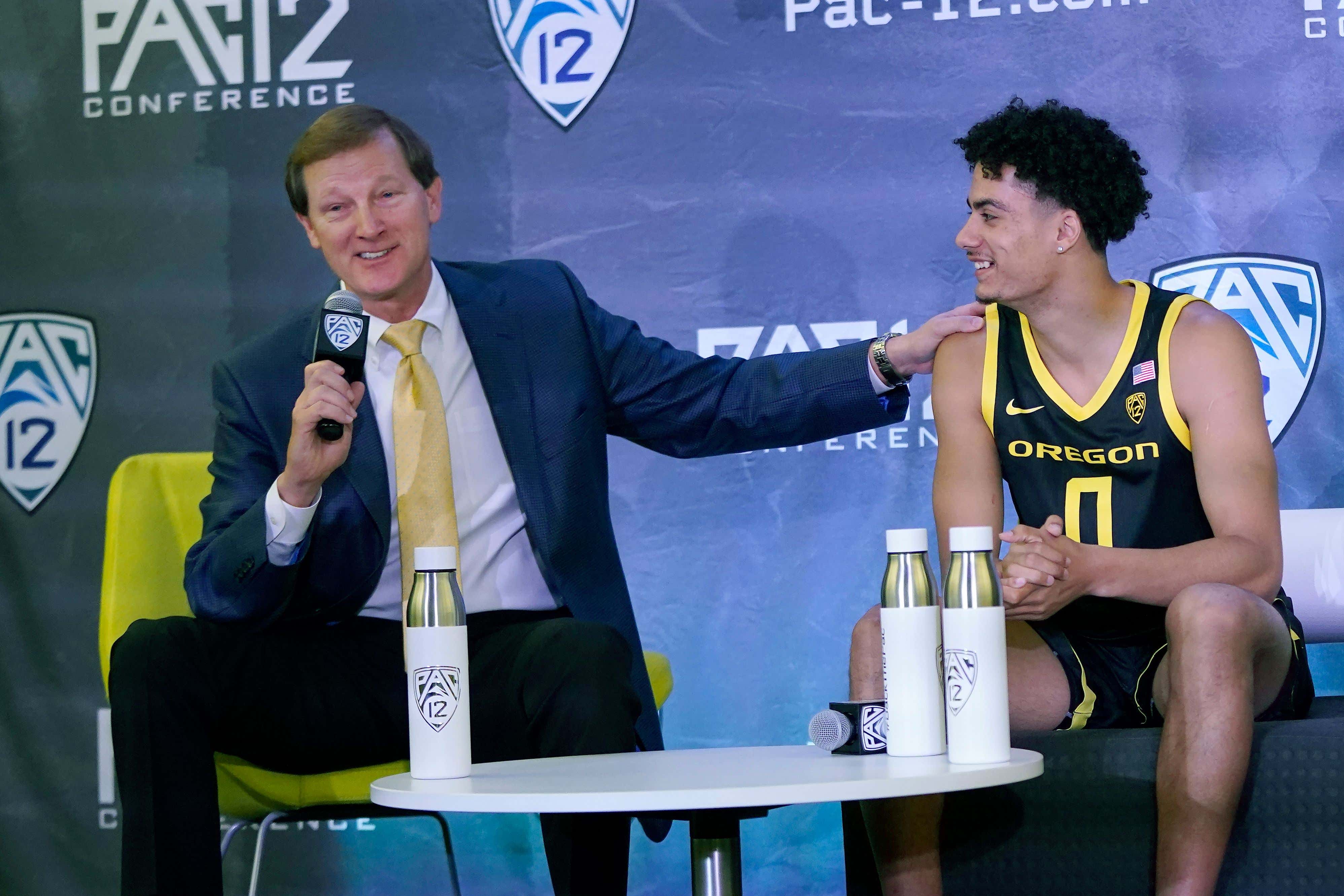 USC had one of the best players in college basketball last season in Evan Mobley, when the No. 3 pick in this year’s NBA Draft carried the Trojans to the Elite Eight. Luckily, Head Coach Andy Enfield still has a Mobley on this year’s team in Isaiah, who is expected to be the focal point of the team’s offense. His Brother Evan and grad transfer Tahj Eaddy might be gone, but third-leading scorer Drew Peterson and super seniors Isaiah White and Chevez Goodwin are also back. Memphis transfer Boogie Ellis (the AAC Sixth Man of the Year), and returnee Ethan Anderson will share the point guard role. The depth and experience are what USC is going to have to rely on this year, and Coach Enfield calls this his deepest roster in many years. 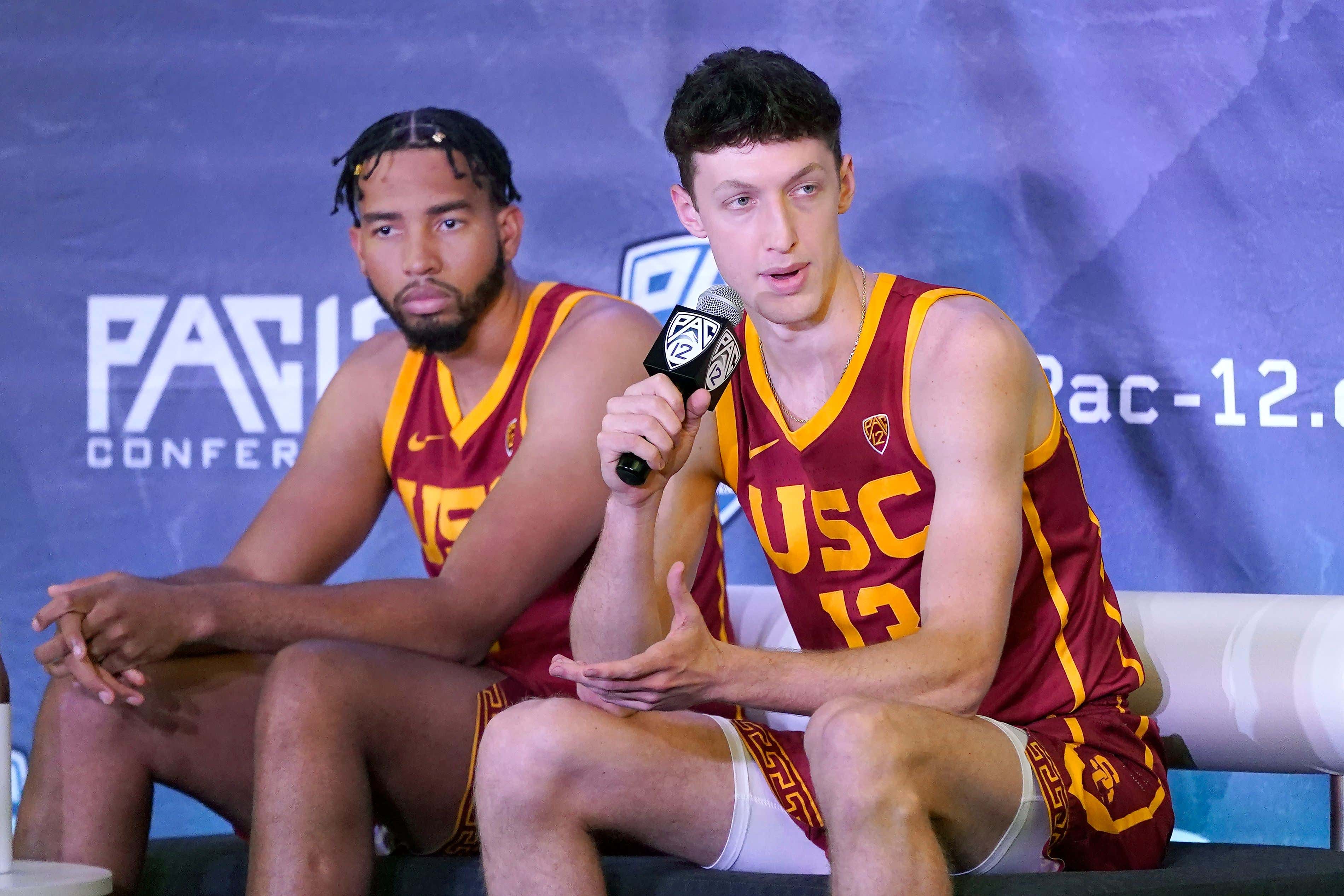 A complicated era for Arizona is now in the rearview mirror, as Sean Miller won a ton of games for the Wildcats, but also got the school into a lot of trouble. Arizona lost seven transfers this offseason, but only one starter in James Akinjo (Baylor). The Wildcats return a strong core four, including international talents Bennedict Mathurin and Lithuanian post Azuolas Tubelis, Estonian guard Kerr Krissa, and Arizona native Dalen Terry. The U of A had a self-imposed postseason ban last season, and they’re still not in the clear for this upcoming season. But longtime Gonzaga assistant Tommy Lloyd said he wouldn’t have left Gonzaga for any other job, and is ready to take Arizona back to the top of the Pac-12. 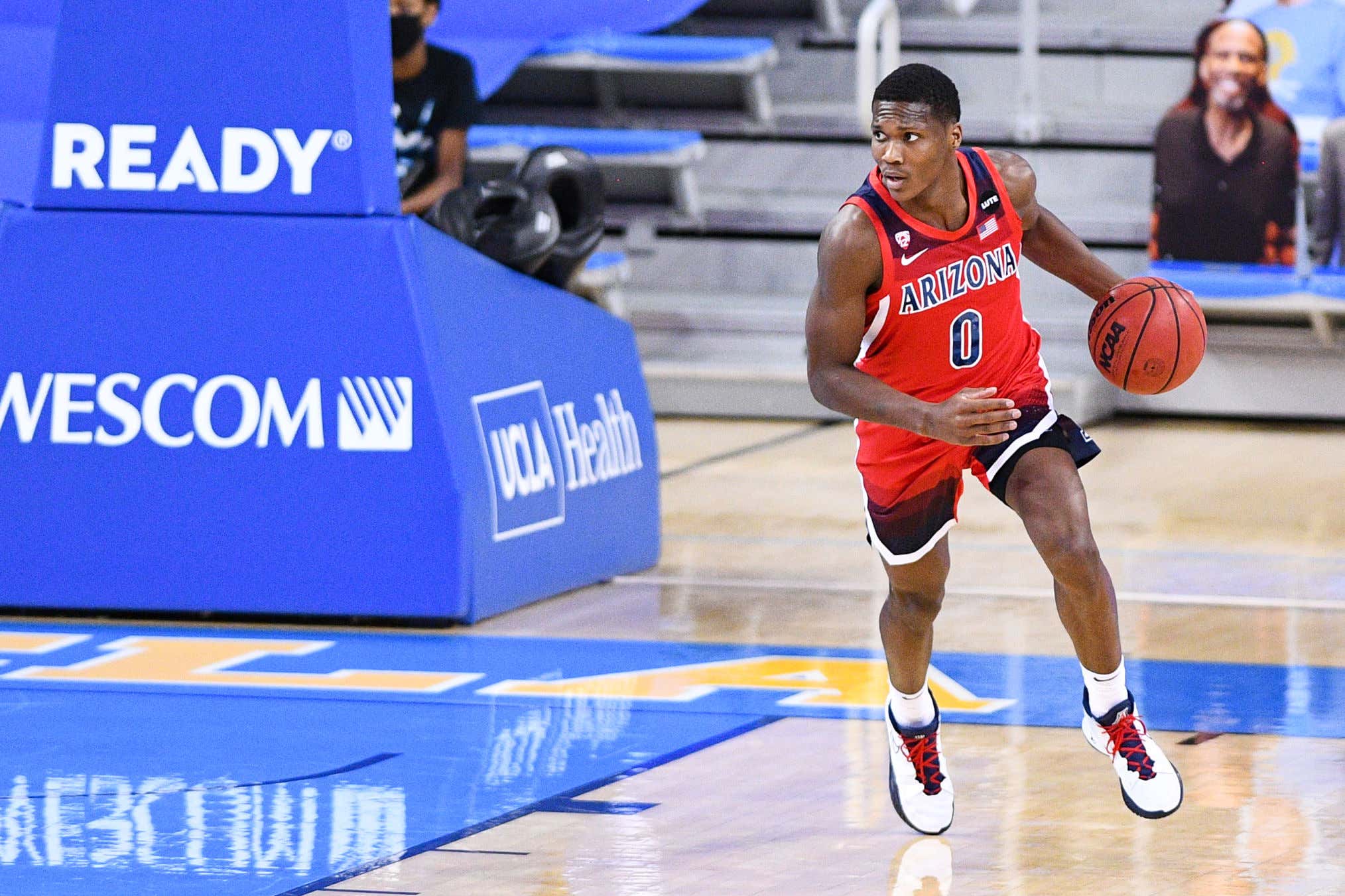 I’m not sure we can call a Power Conference team a “Cinderella,” but if you’re fine with that, that’s exactly who Oregon State was last season. The Beavers got hot at the right time, ran the table in the Pac-12 Tournament, and eventually made it to the Elite Eight out of nowhere. This year, Oregon State returns six of its eight top scorers, including a pair of sophomores who excelled in the backcourt a season ago in Jarod Lucas and Gianni Hunt. Four transfers will also be involved for the Beavers, in addition to March breakout big man Warith Alatishe. The media did not make the mistake of picking Oregon State dead last in the conference for the second year in a row. 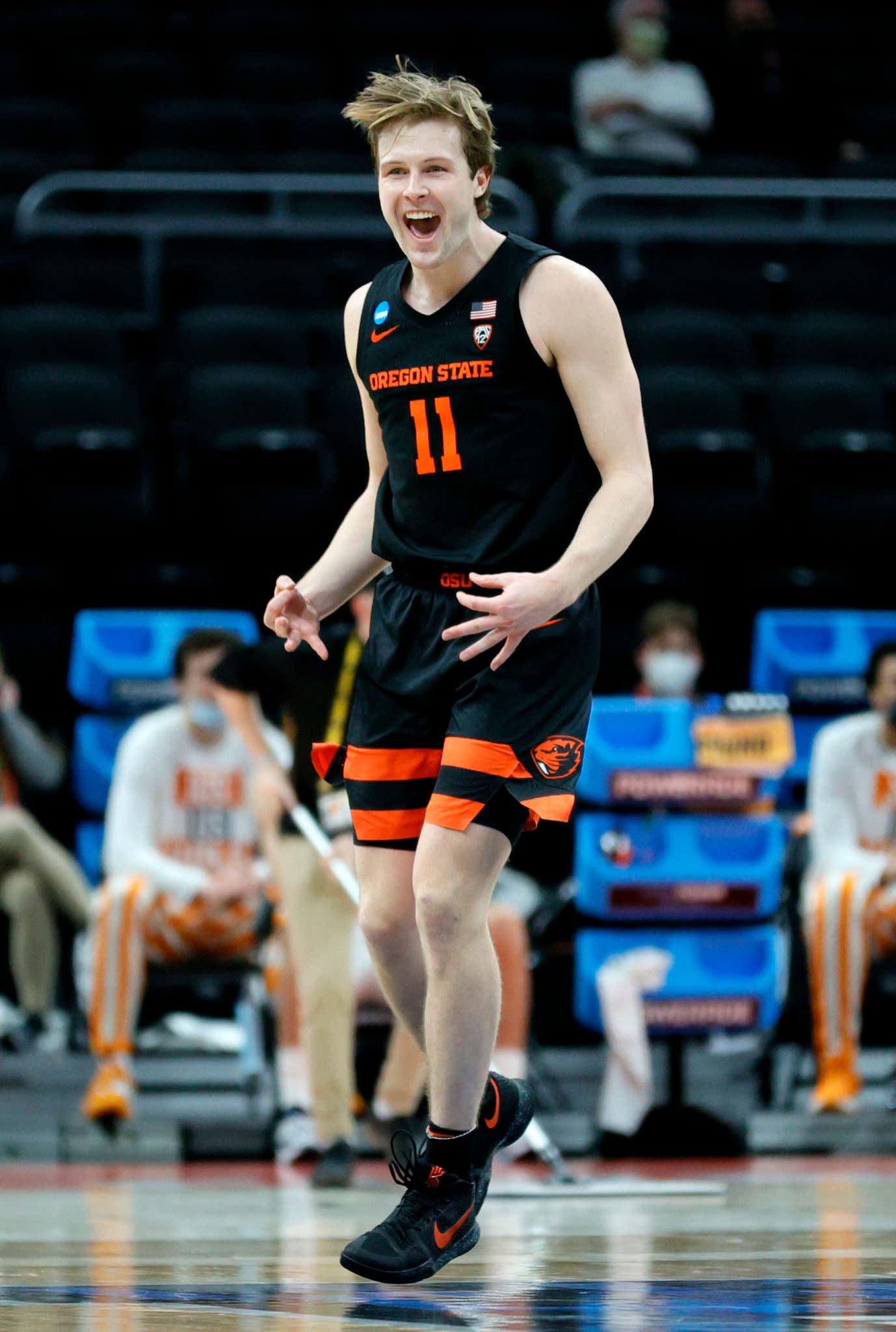 Tad Boyle has built one one of the more stable, underrated college basketball programs out there. Colorado has won at least 21 games in each of the last three seasons, and comfortably made the NCAA Tournament last season as a No. 5 seed last year. Unfortunately, star McKinley Wright left for the NBA Draft, and three key players are gone, too. So, it’s a semi-rebuild for the Buffs, as freshmen Jabari Walker and Tristan da Silva are expected to lead the way for Colorado. They’ll also be able to build around a pair of fourth-year players, in Evan Battey and Eli Parquet. No matter how quickly the aforementioned young guys develop, it’ll be tough for Colorado to match last year’s success, but a return to the tournament is not a crazy thought. 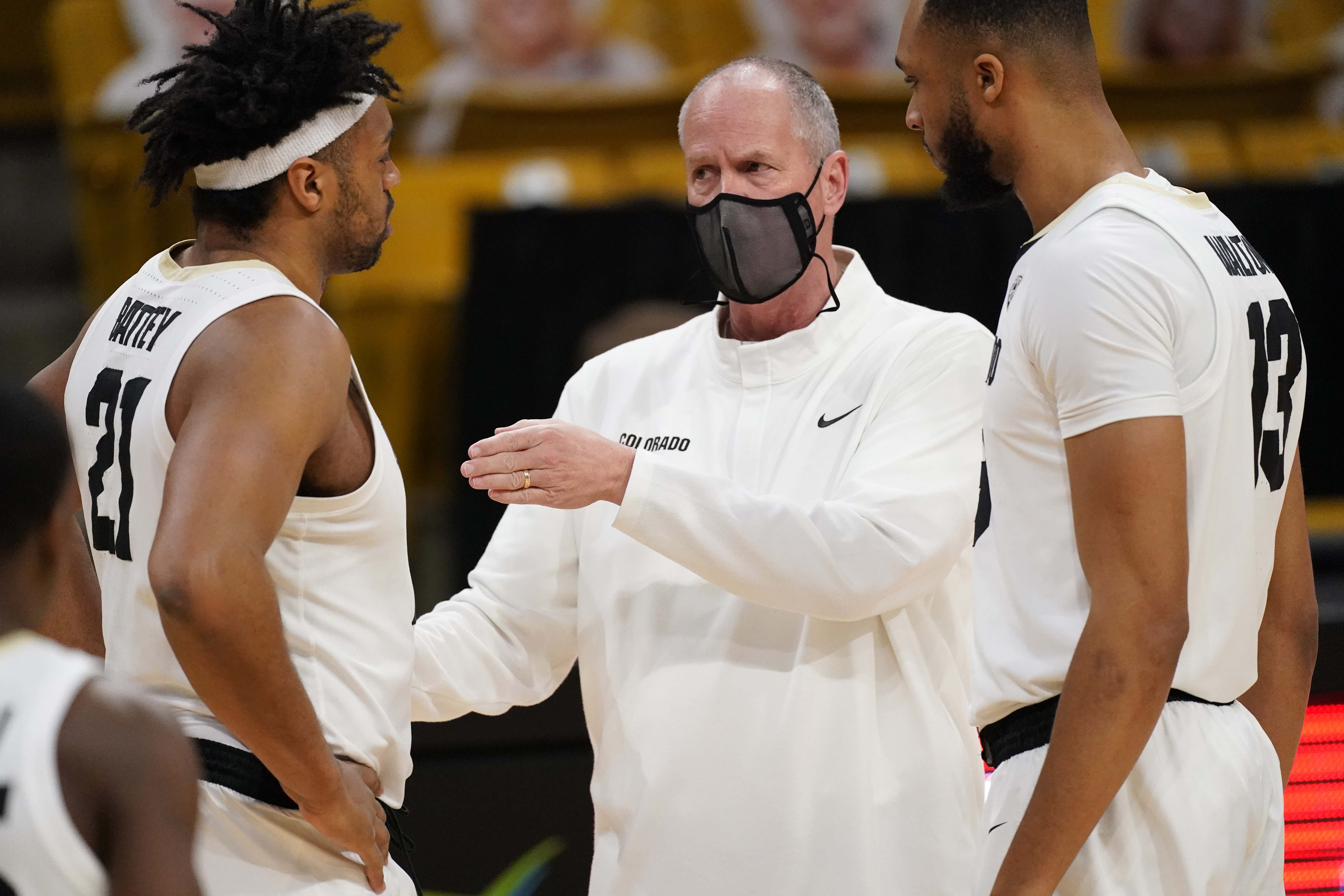 It’s no secret that last season was a disappointment for Bobby Hurley’s squad. The Sun Devils were expected to contend for the Pac-12 title last season, but they were one of the worst rebounding teams in the league and failed to make it to the NCAA Tournament by a wide margin. Now, Arizona State loses its top three scorers from last season (most notably, Remy Martin to Kansas), and with that, Coach Hurley was understandably very active in the transfer portal. Alonzo Gaffney and Enoch Boakye are additions to the team this season, while Jalen Graham and super senior Kimani Lawrence are four guys who will all be involved and are at least 6-8. Freshman Will Felton averaged 20 PPG in high school and could play a factor, too. Meanwhile, it’ll be up to Ohio State transfer Luther Muhammad and former MAC Player of the Year Marreon Jackson (Toledo) to take over for what Remy Martin and company did in the backcourt. 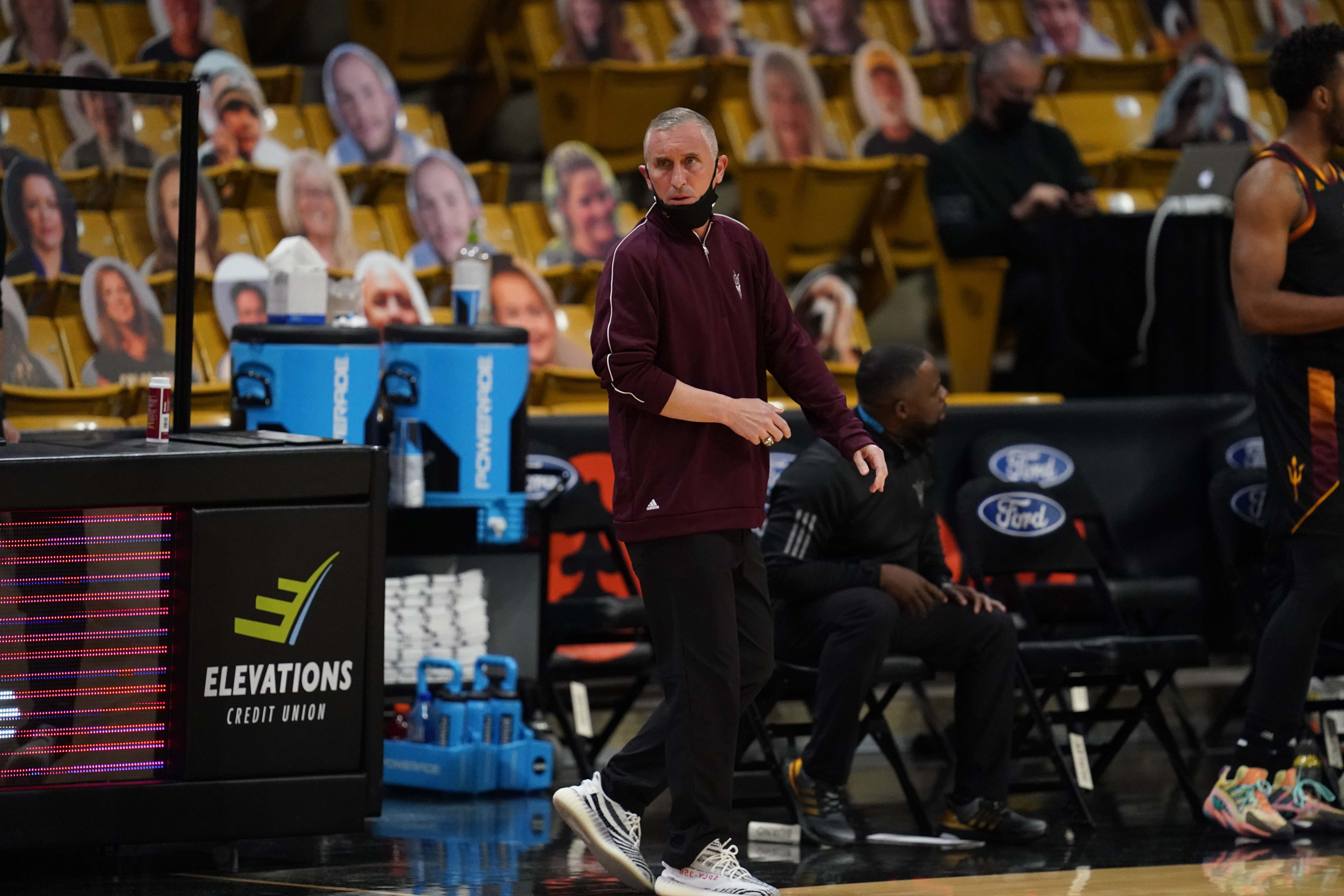 The Cougars return four of their five starters from last season, in addition to super senior Michael Flowers, who was the Sun Belt Newcomer of the Year a season ago at South Alabama. But Washington State hasn’t made the NCAA Tournament since 2008, when Tony Bennett, yes, that Tony Bennett, led the Cougars to the Sweet 16. There was some promise at certain point last season, when WSU beat both UCLA and Oregon in the span of a week, so whatever got into the Cougars during that seven-day stretch could certainly be used for a five-month stretch this season. 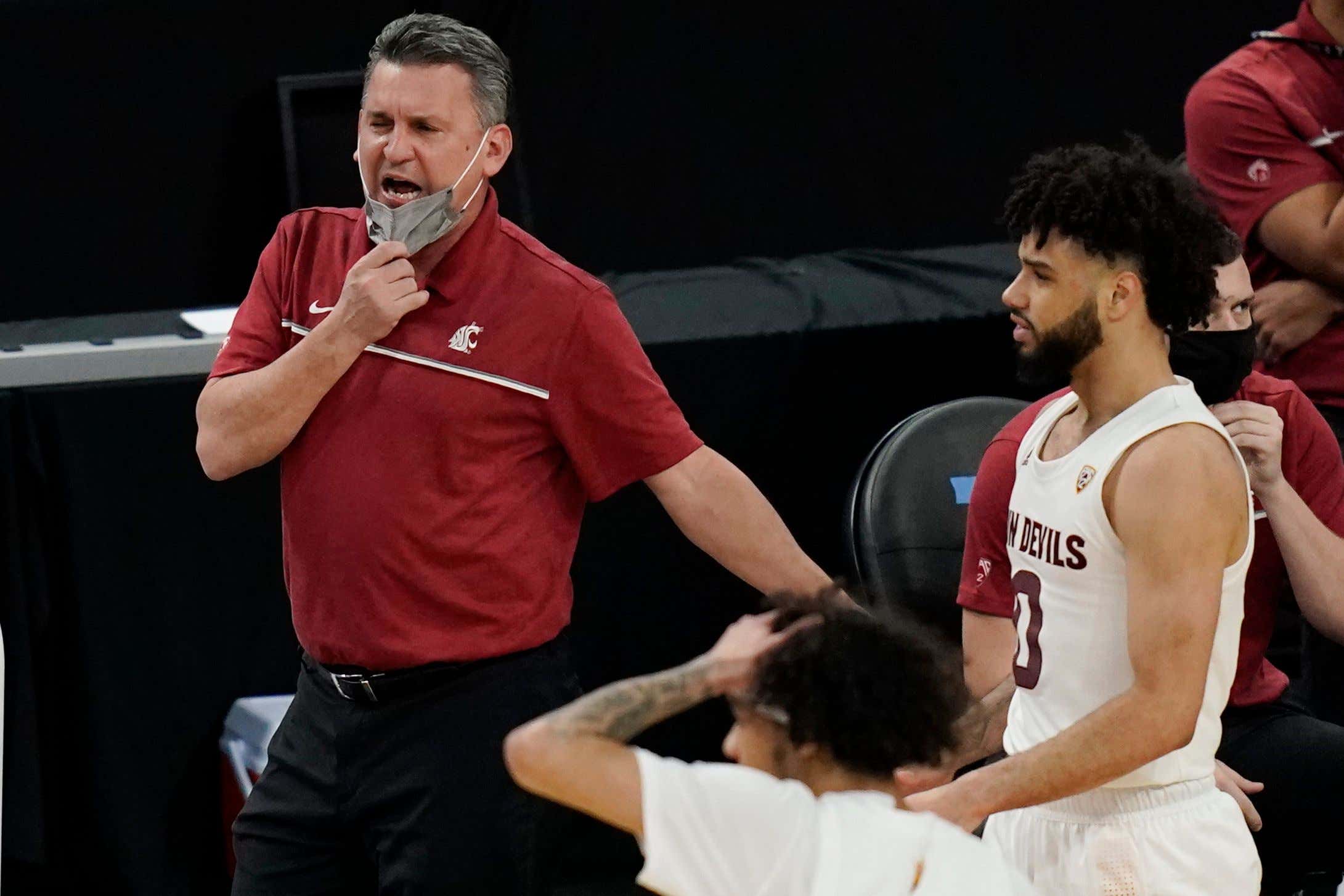 COVID-19 mandates in Stanford country made it nearly impossible for the Cardinal to get into a groove last season, hopping around various venues just to get games in. This year’s Cardinal team will rely on the alignment of Harrison Ingram, Jaiden Delaire, and Spencer Jones to try and help them emerge into the top half of the conference. They’ve been stuck in the middle for quite some time, finishing 10-10 last year, 9-9 in 2020, and 8-10 in 2019, with no tournament bids to show for it. 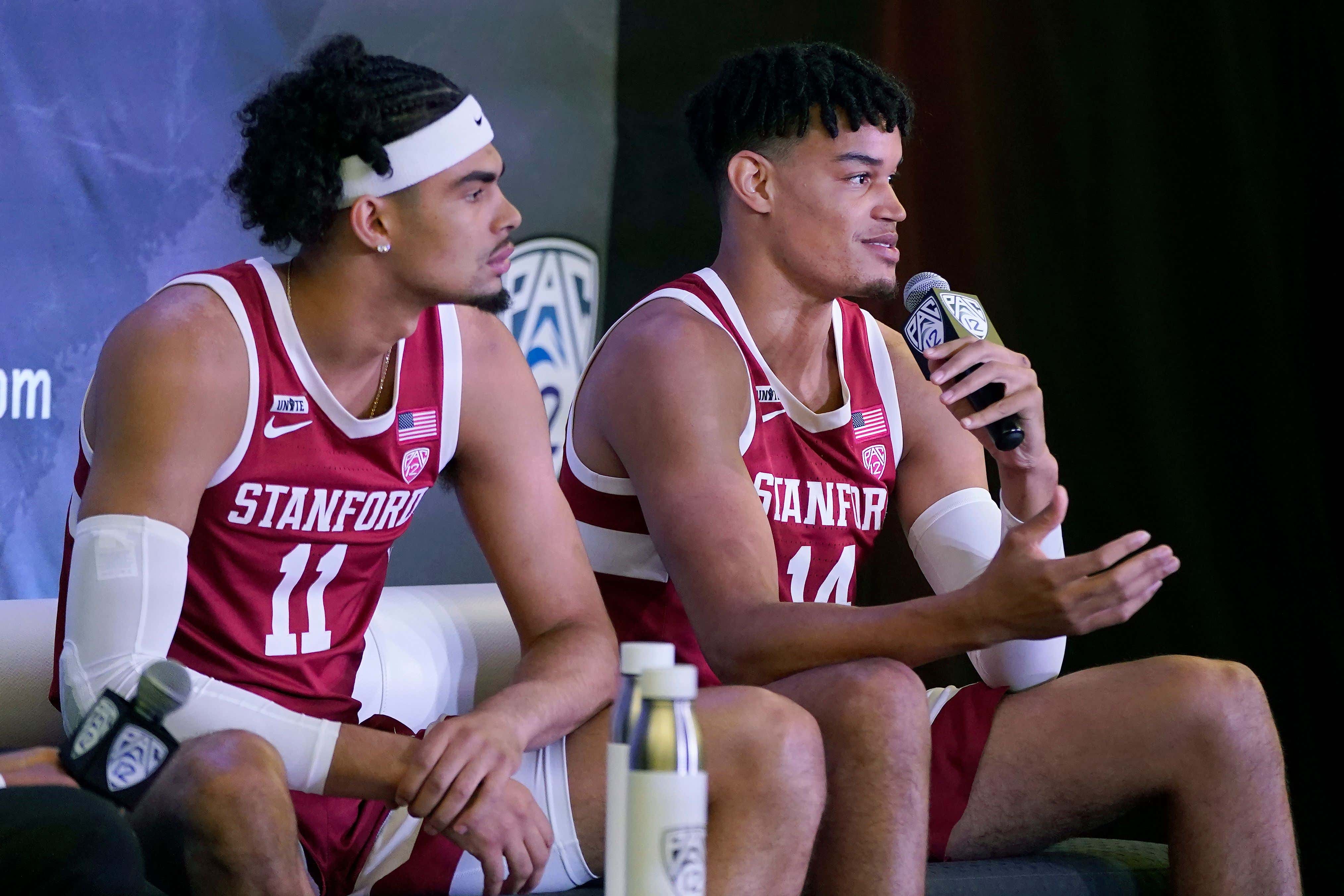 The Utes basketball program is starting a new chapter with Craig Smith, who took Utah State to the NCAA Tournament in each of the last two non-COVID seasons. It’s basically a clean slate for the Utes, who return just two rotation players in Branden Carlson and Riley Battin. At this point, there are probably still too many unknowns to get too excited about the Craig Smith era, but based on his past, Utah fans should be excited for what is to come. 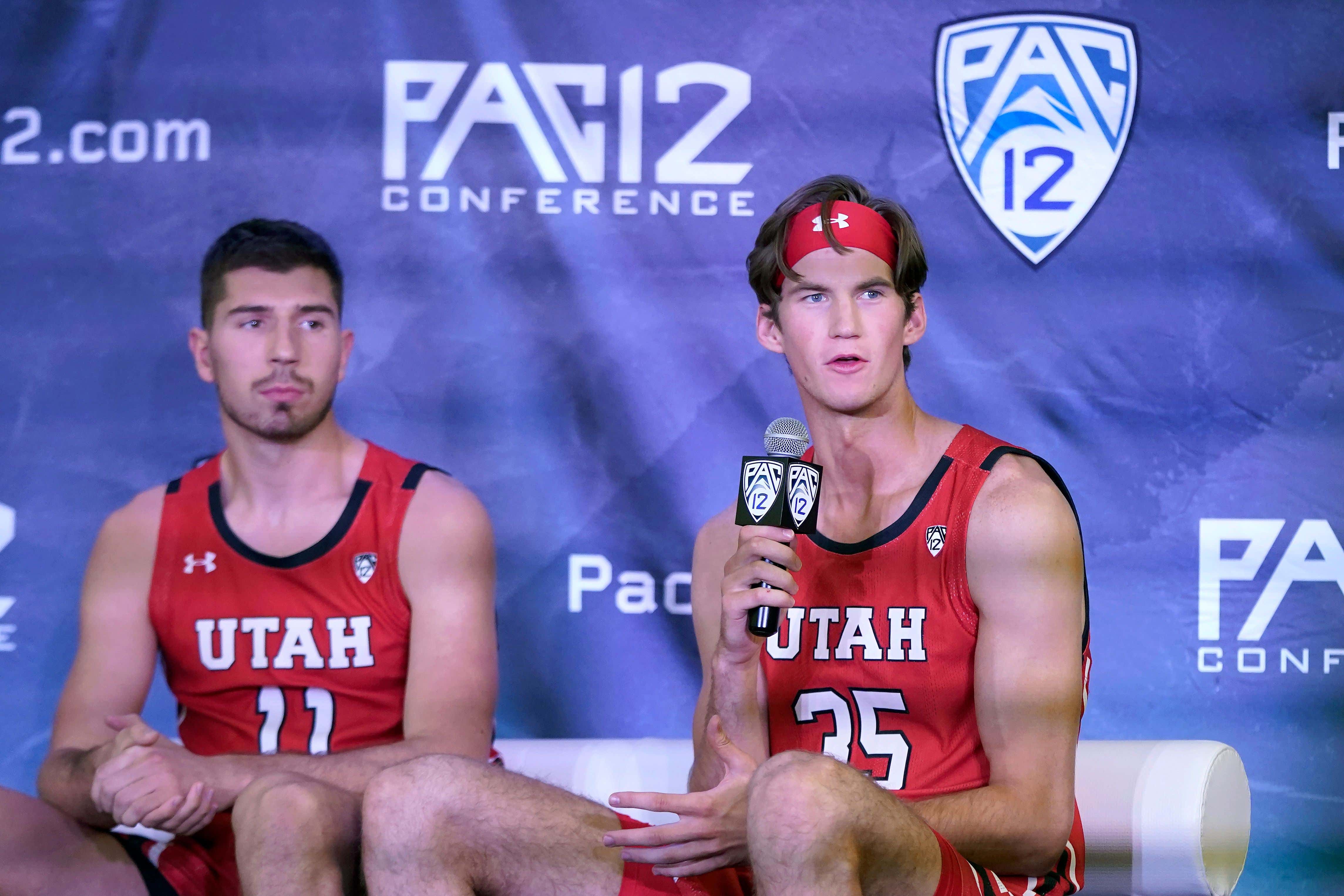 It has been an ugly last couple of years for former Syracuse top assistant Mike Hopkins. The Huskies lost six players to transfer in addition to the pro departure of Quade Green, but bring in three guys who are Seattle-bred in Daejon Davis (Stanford), Terrell Brown Jr (Arizona) and Emmitt Matthews Jr. (West Virginia). Two years ago, Washington won the Pac-12 by three games, so Coach Hopkins has proved he can win with this team. Now, he needs a turnaround season ASAP. 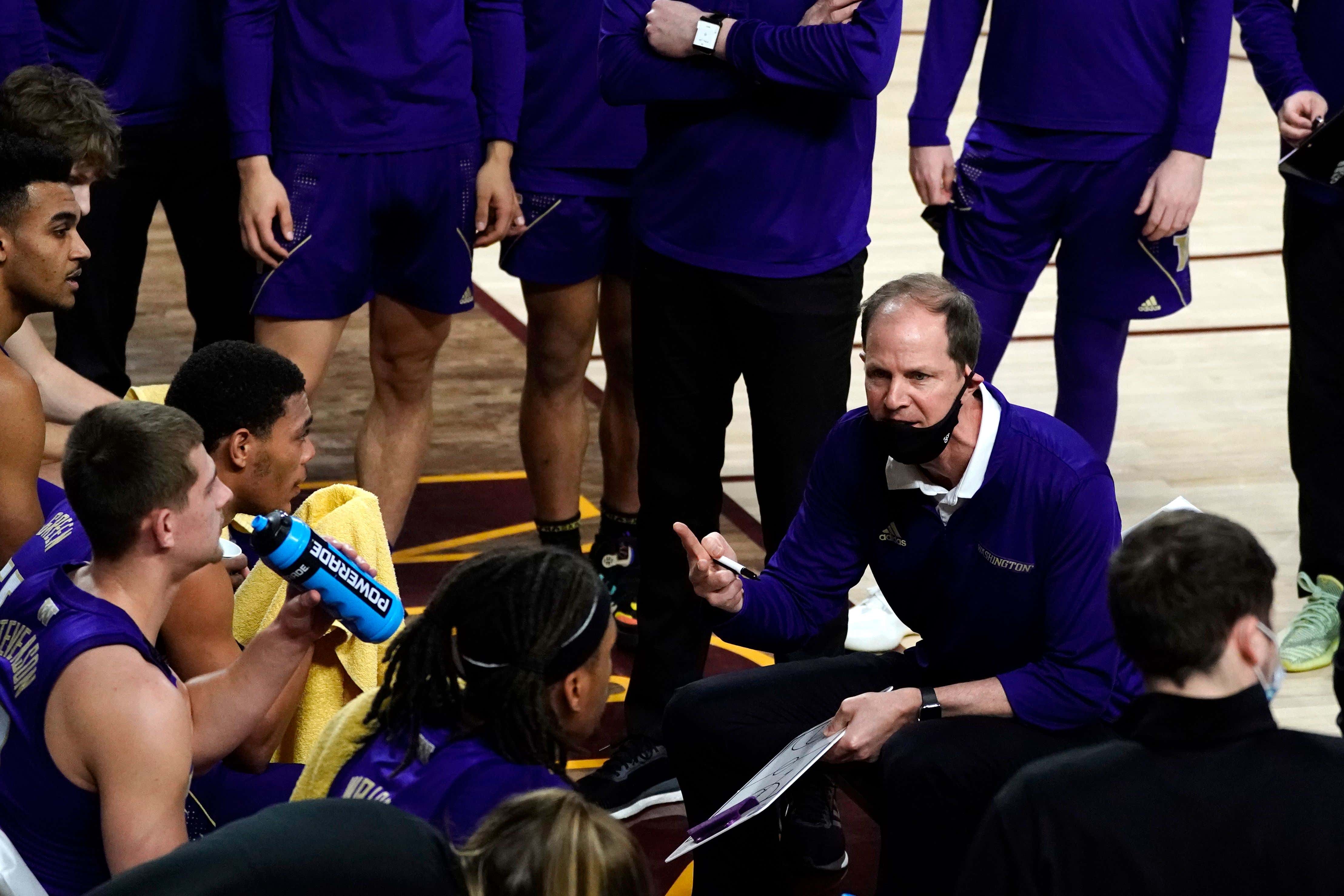 It’s a tough road ahead for the team expected to finish last in the conference. Cal failed to reach double-digit wins last season and lost its best player, Matt Bradley, to San Diego State. Former Georgia HC Mark Fox should be fully settled into is new job out in Berkeley now, so we’ll see if that translate into more wins this season. 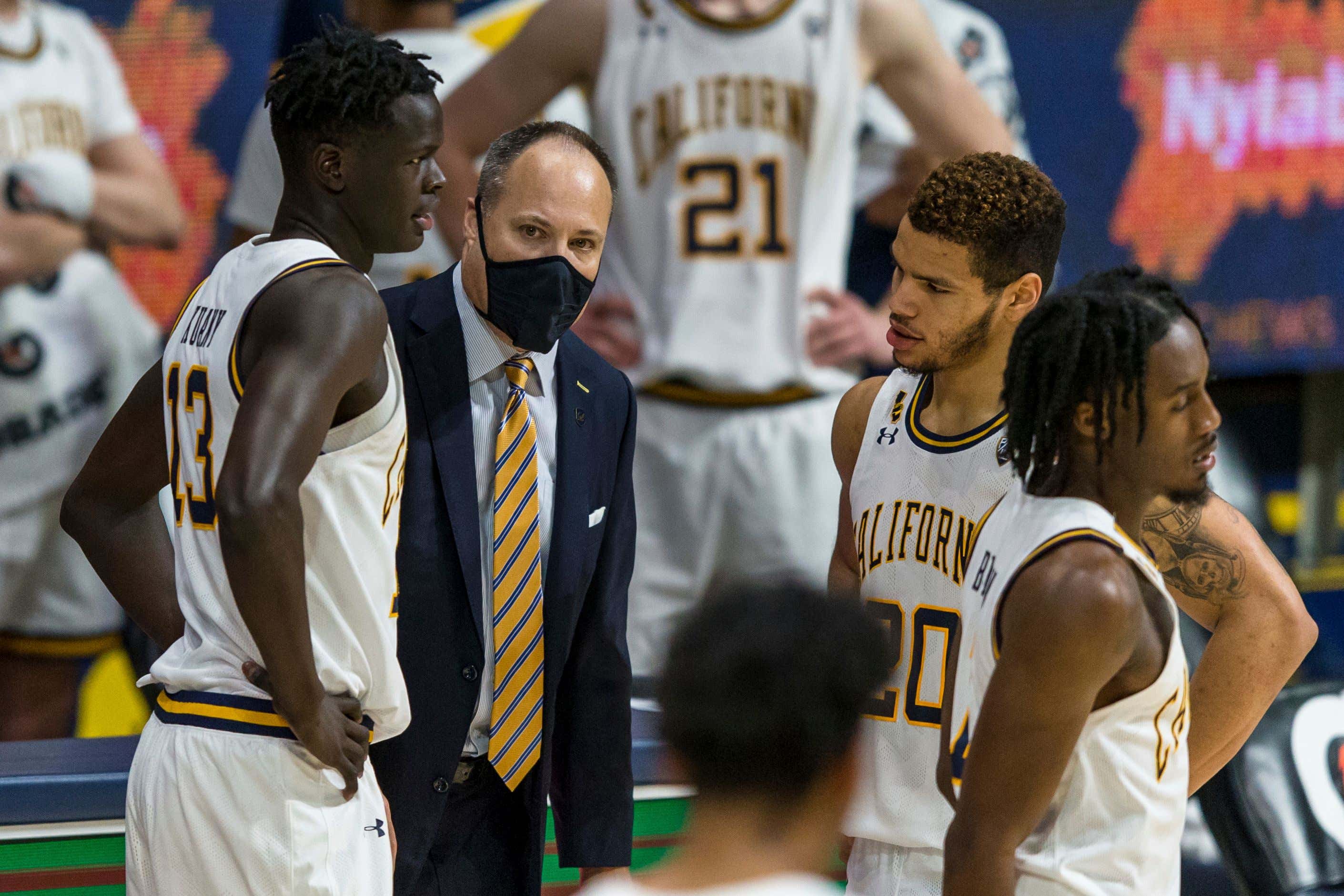 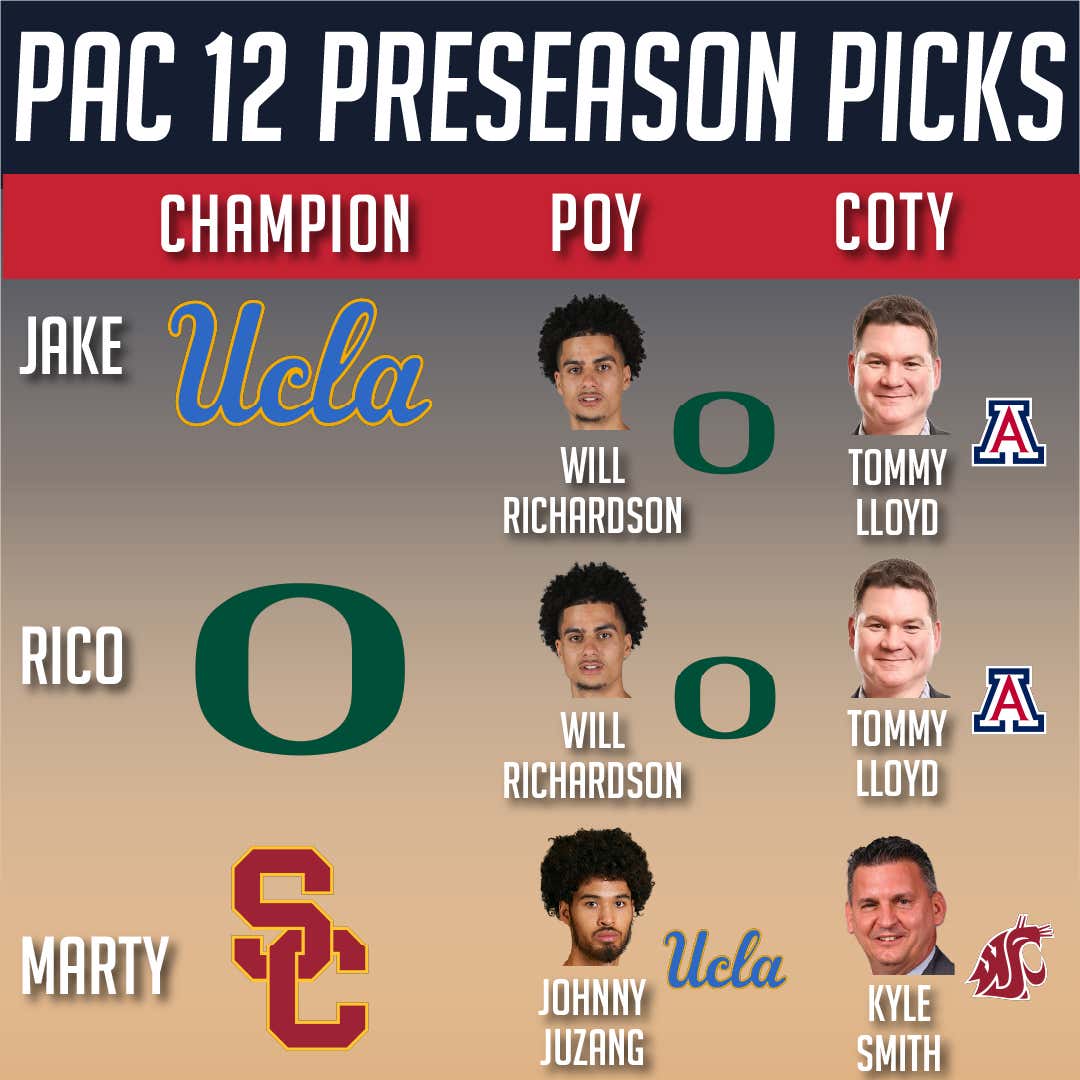 Do you agree with any of our picks? Who got left off the list? We also previewed the smaller conferences and mid-majors on this week's show. Five days until tip-off!