Seven weeks down, 11 weeks to go. It was a smaller slate this week, but there were still plenty of options for the "Pardon My Take Drive to the 405" competition. If you're unfamiliar with what our crew is doing this season, this is how it works:

With that, here are the results from Week 7... 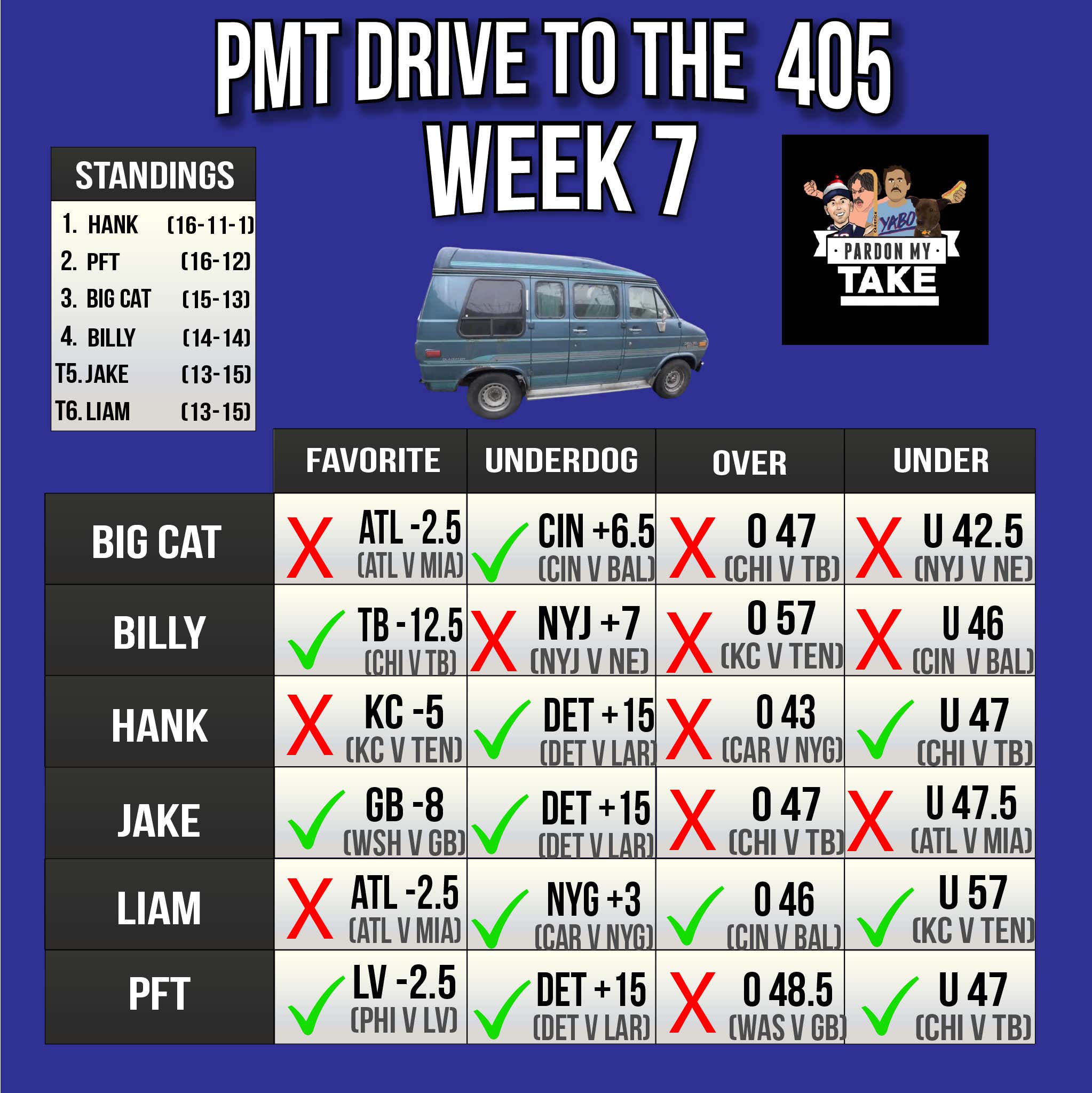 There is still PLENTY of time for movement up and down the leaderboard, but things have gotten even tighter. Only 3.5 games separate the entire group, and nobody is more than one game away from the danger zone, for better or for worse. The O47 in the CHI-TB not hitting was an absolute crime, as it was 35-3 at halftime. Liam and PFT had the best week, both going 3-1, and Bubba was just a half a point away from having his first 4-0 mark of the season. Liam also accidentally sent in an alternate line of U47 in KC-TEN instead of U57, and Big Cat said if that happened to hit, he would buy Liam a pair of shoes. Well, the Chiefs offense went missing, and Liam is a happy camper.

Billy and Big Cat both struggled this week at 1-3, but Billy will tell you that this was actually his plan all along. Why? He purposely makes two picks that will "lose" each week, with the idea of going 2-2 every week and .500 on the season. Take a quick look at what his overall record is right now… yup, 14-14.