It is the conference that has no shortage of history over the years. There has been plenty of realignment, but at the end of the day, each and every school meets up at Madison Square Garden to decide a champion.

Welcome to the 2021-2022 Big East conference preview. 11 teams are eager for a full season, but at the end of the day, they are all most likely chasing one. Villanova is the heavy favorite to win the conference, but there are a lot of other quality teams in the pack right behind them. We are going to preview each team in the order that they are predicted to finish in the preseason poll, followed by the Barstool Bench Mob's picks to win the conference, in addition to Player and Coach of the Year.

Unfortunately, I think we can all agree that Villanova's season ended when Collin Gillespie suffered a left knee injury that ended his season. Fortunately, the preseason Player of the Year is back, and it is still impressive that the Wildcats managed to make the Sweet 16 without Gillespie last season. That just shows how good of a coach Jay Wright is. The returns of Justin Moore and Jermaine Samuels are also huge. It was a crazy offseason for Jay Wright, who got selected into the Basketball HOF in May, was an assistant coach for Team USA in Tokyo, and had his HOF induction in September. 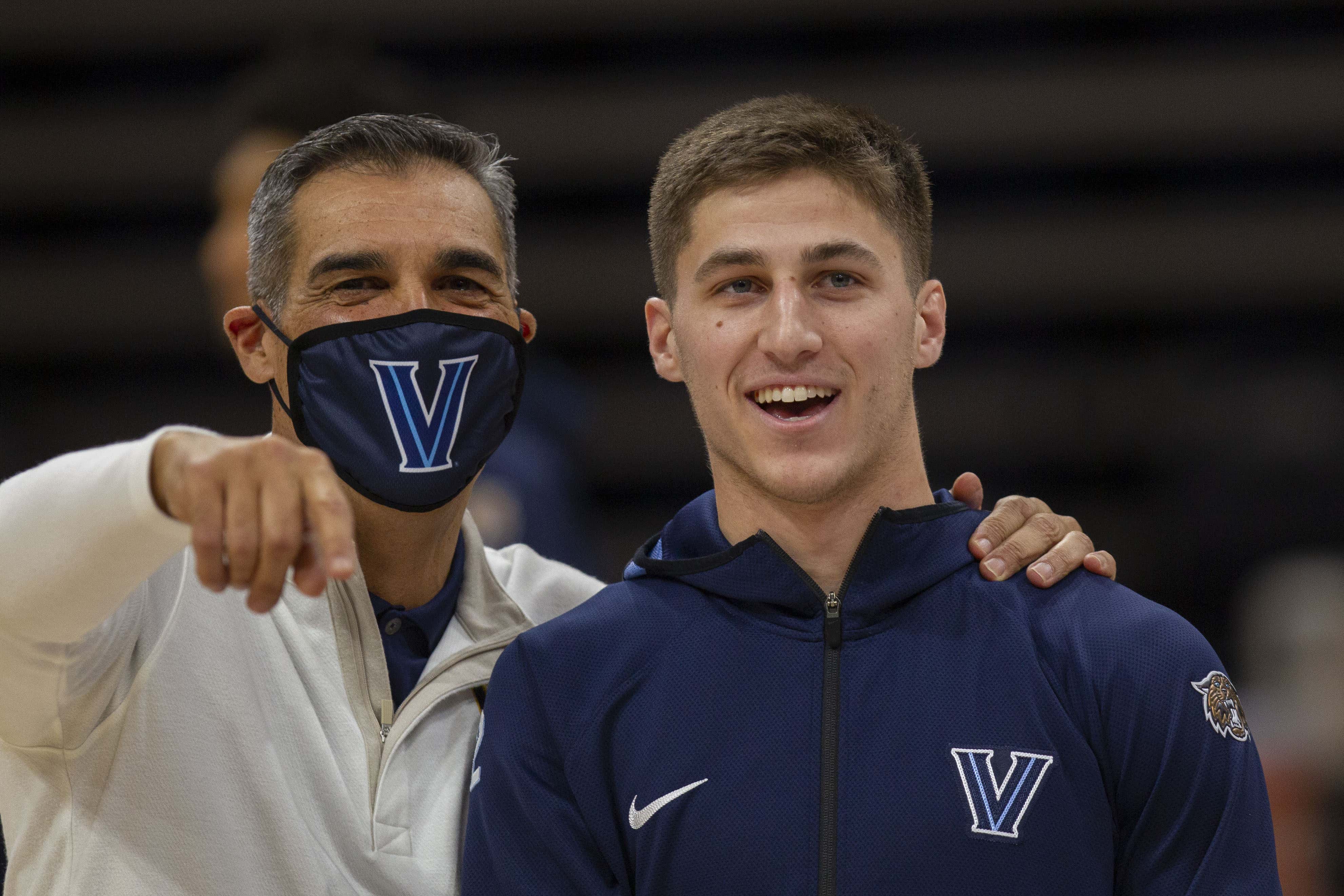 The novelty factor regarding UConn's re-emergence in the Big East is now gone. After losing one of the best players in the conference in James Bouknight, where do the Huskies go from here? Luckily, they are returning all four other starters, including R.J. Cole, Tyrese Martin, and Isaiah Whaley. Whether you love or hate UConn, the Huskies being a factor is good for the sport. 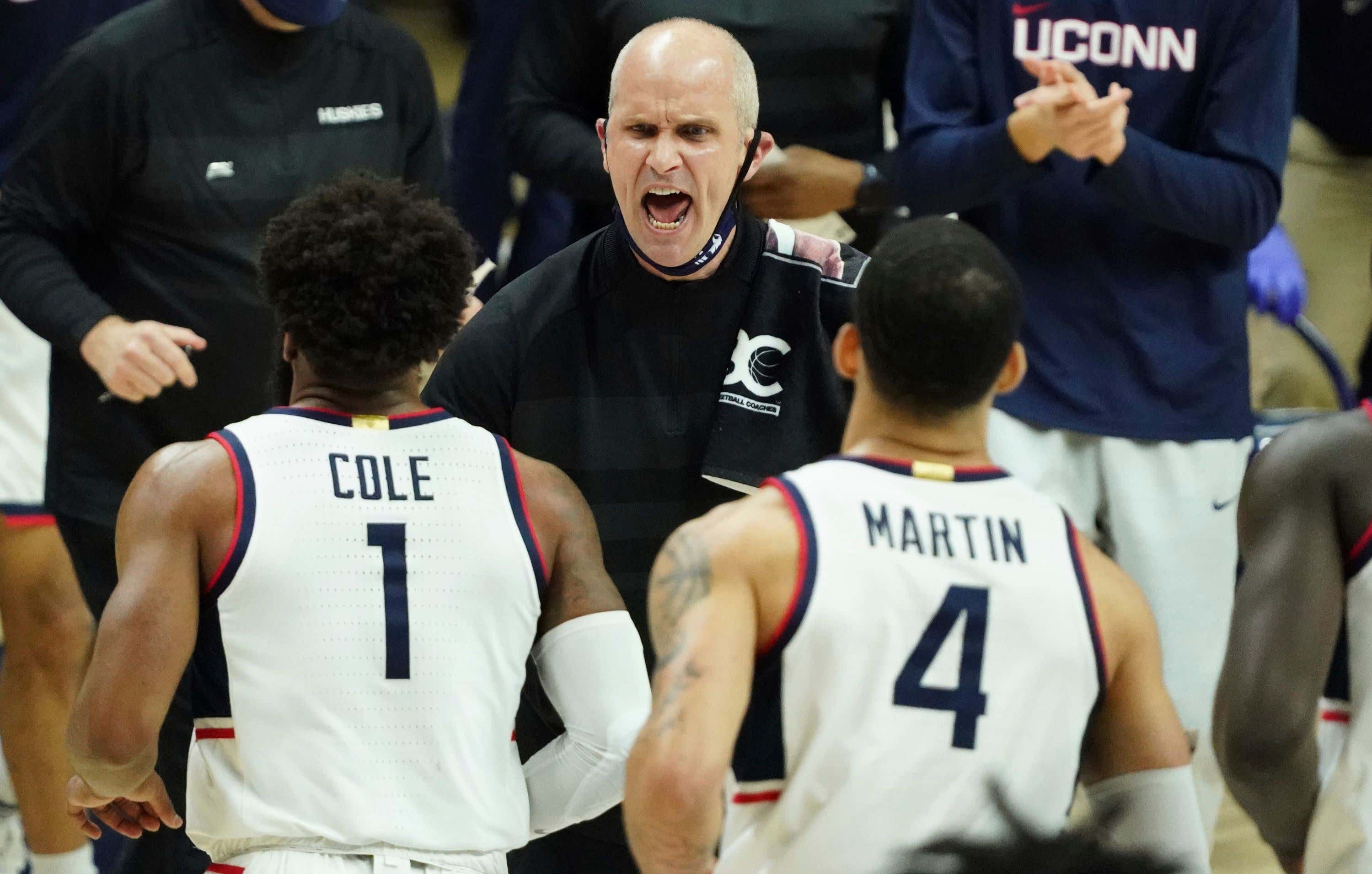 It's hard to believe that this team was a No. 1 seed just four years ago. I like the depth and veteran presence with this team, which includes first-team members Paul Scruggs and Zach Freemantle. They scored a solid addition via the transfer portal in Iowa's Jack Nunge, but I think there is a lot of pressure for Xavier to make the NCAA Tournament this season. Travis Steele has yet to make the Big Dance in three years, and Xavier hasn’t gone this long without a big dance invite since 1982. 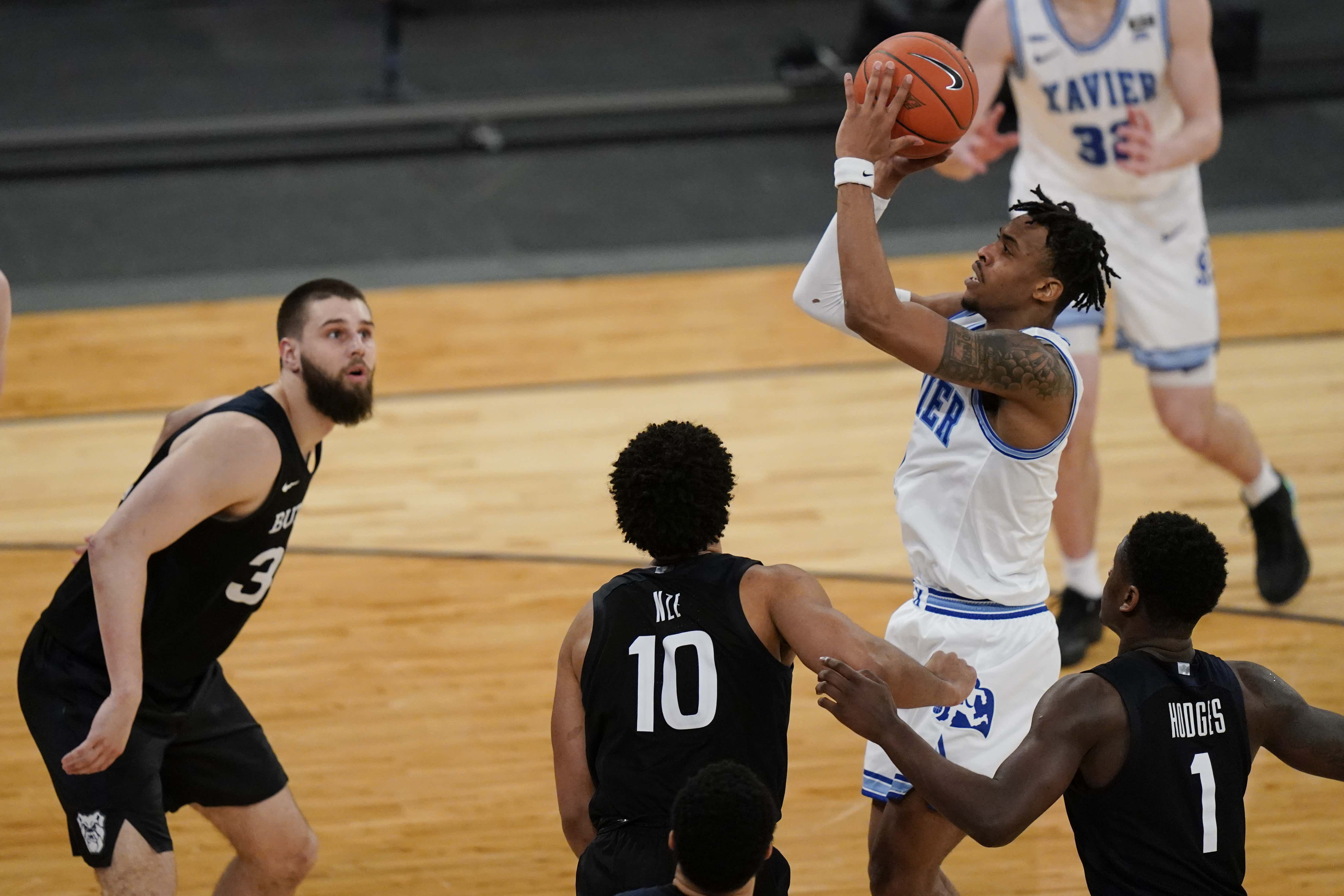 The Red Storm are my sleeper team in the Big East. There are a TON of transfers, but if the chemistry is there and they can click, I think they can challenge Villanova for the Big East crown. Julian Champagne can be one of the best players in the league, and having Posh Alexander in the backcourt will be nice for familiarity, because everyone else of note on this team is a transfer: Montez Mathis (Rutgers) Tareq Coburn (Hofstra) and Joel Soriano (Fordham) are expected to start. Aaron Wheeler (Purdue) and Stef Smith (Vermont) will each be key additions in terms of team depth. 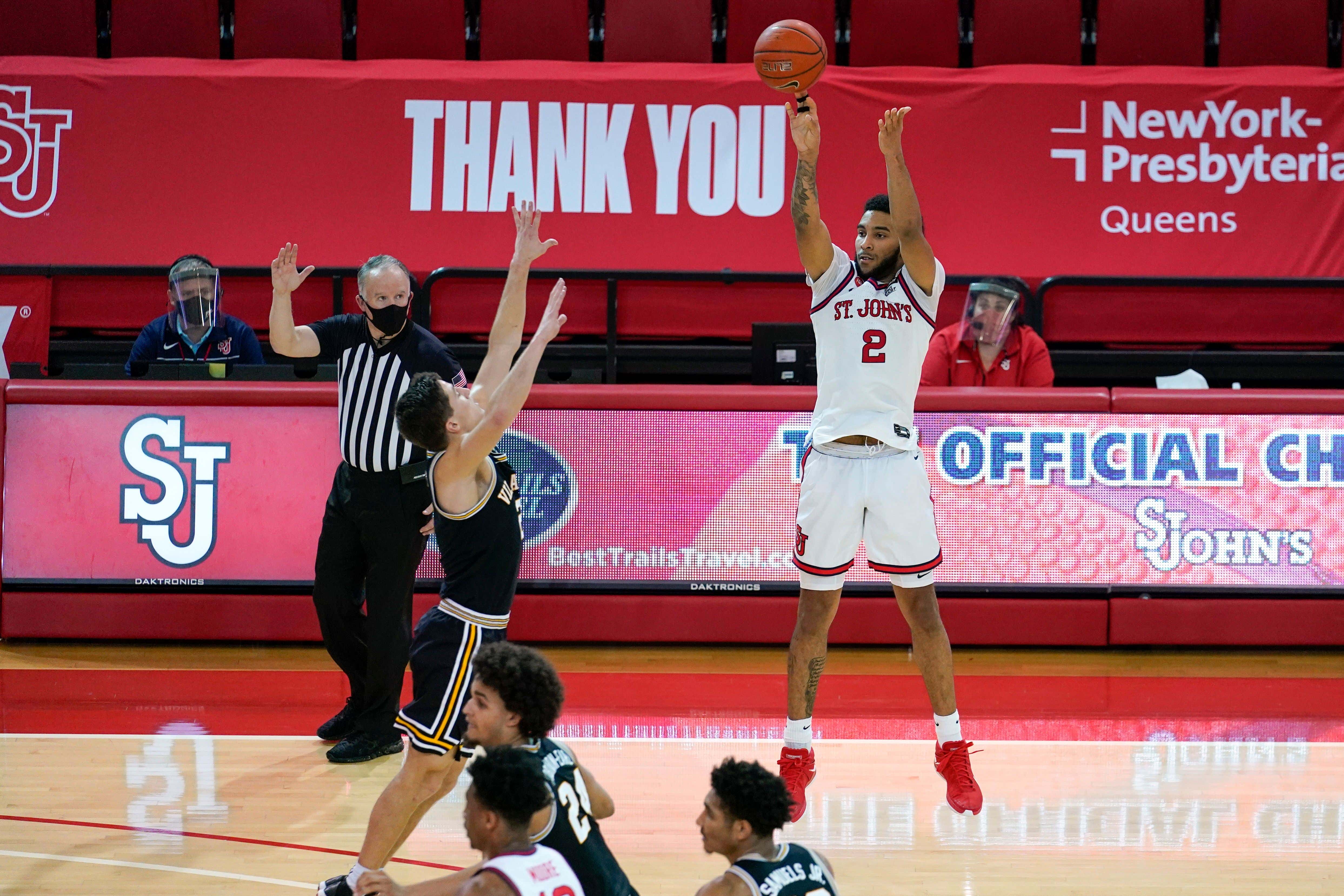 Don't be surprised to see growing pains here with six newcomers on the roster, but if they can stay healthy, I think a NCAA Tournament bid is possible for the Pirates. Kevin Willard is one of the more underrated coaches in the conference, and some of the transfers he brought in should make an immediate impact, especially Kadary Richmond (Syracuse) and Alexis Yetna (USF). Bryce Aiken (Harvard) is one again dealing with injury woes, but was recently cleared for all basketball related activities. The Pirates do lose Sandro Mamukelashvili, but the guys mentioned above are capable of filling his hole. 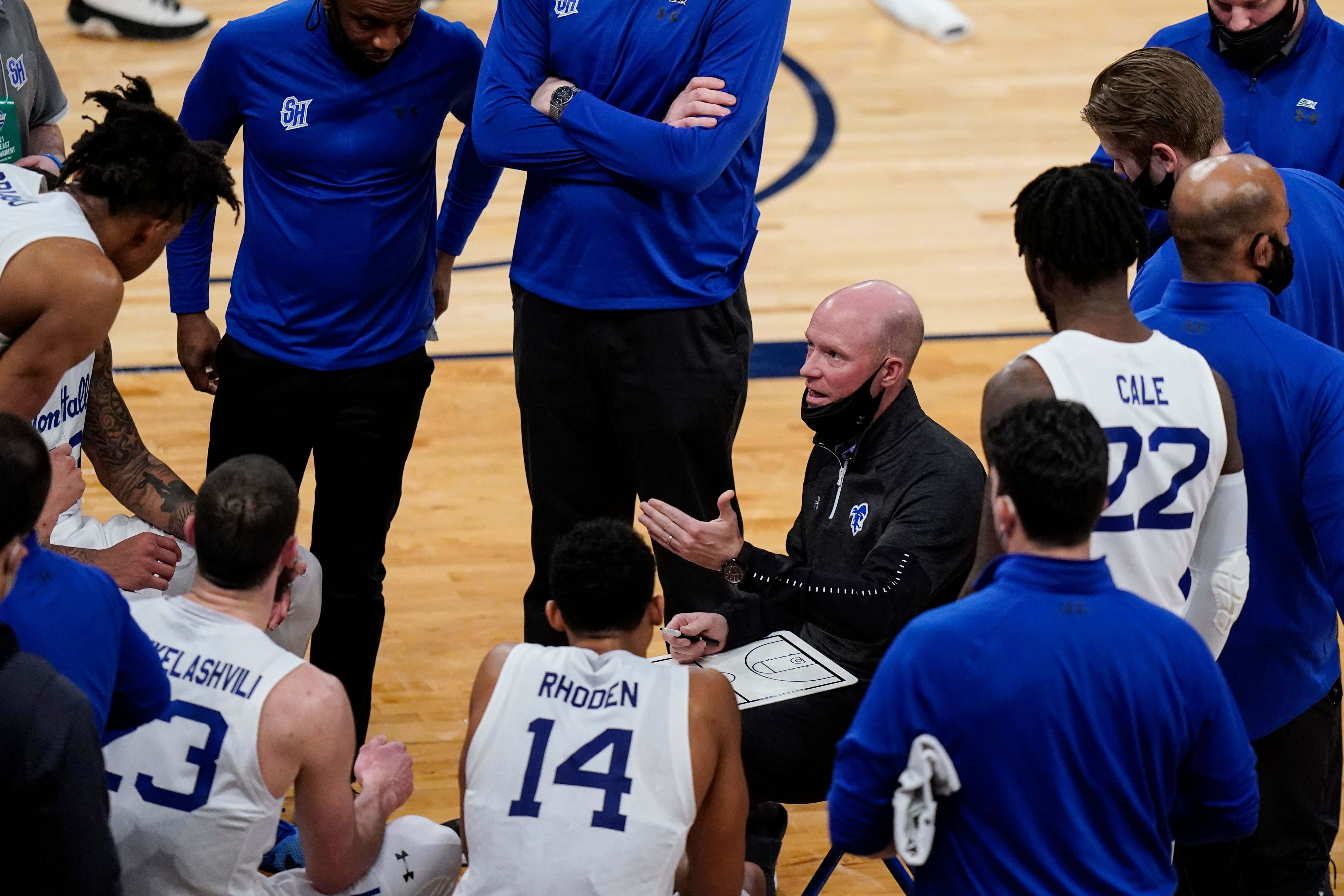 Last year, Butler ranked last in the league in scoring, last in FG%, and 10th in FT%. The Bulldogs need a new offensive identity in order to have a turnaround season. It will be nice to have Aaron Thompson back, who missed a good chunk of last season due to knee and shoulder injuries, and thanks to the COVID year, Butler has 15 scholarship players on its roster this season. 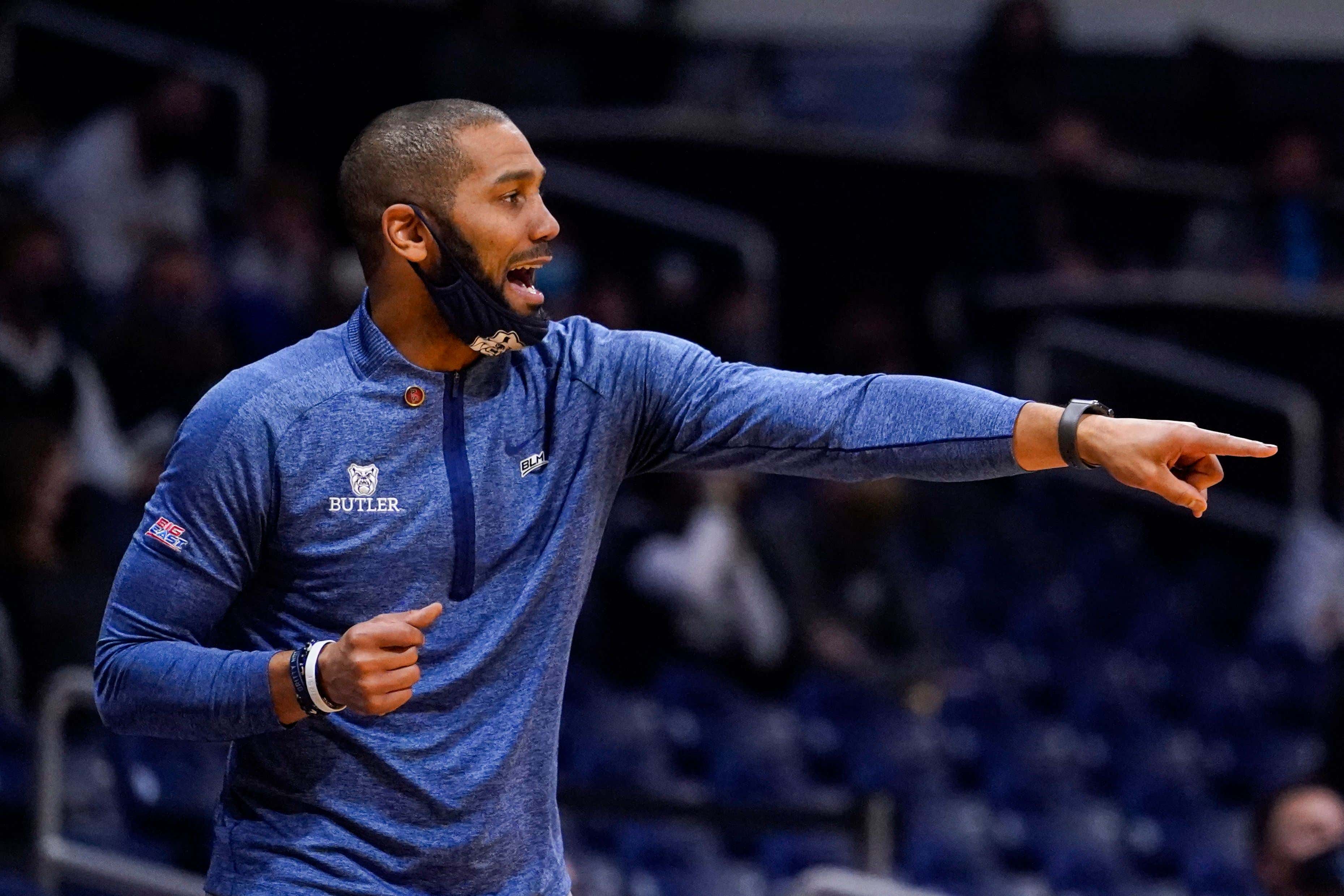 It’s very easy to roll with the "Big Dog" in Ed Cooley (first ever guest on this show). Losing David Duke will be tough, but on the bright side, I no longer have to emphasize that I am tweeting about David Duke the basketball player. Nate Watson returns and the team will run through him. If he is a star, the Friars will play a factor in the Big East. Indiana transfer Al Durham will be a nice addition, too. We saw the emotions from Coach Cooley in their final press conference of the season at The Garden, and if anyone knows how to have a turnaround year, it's him. 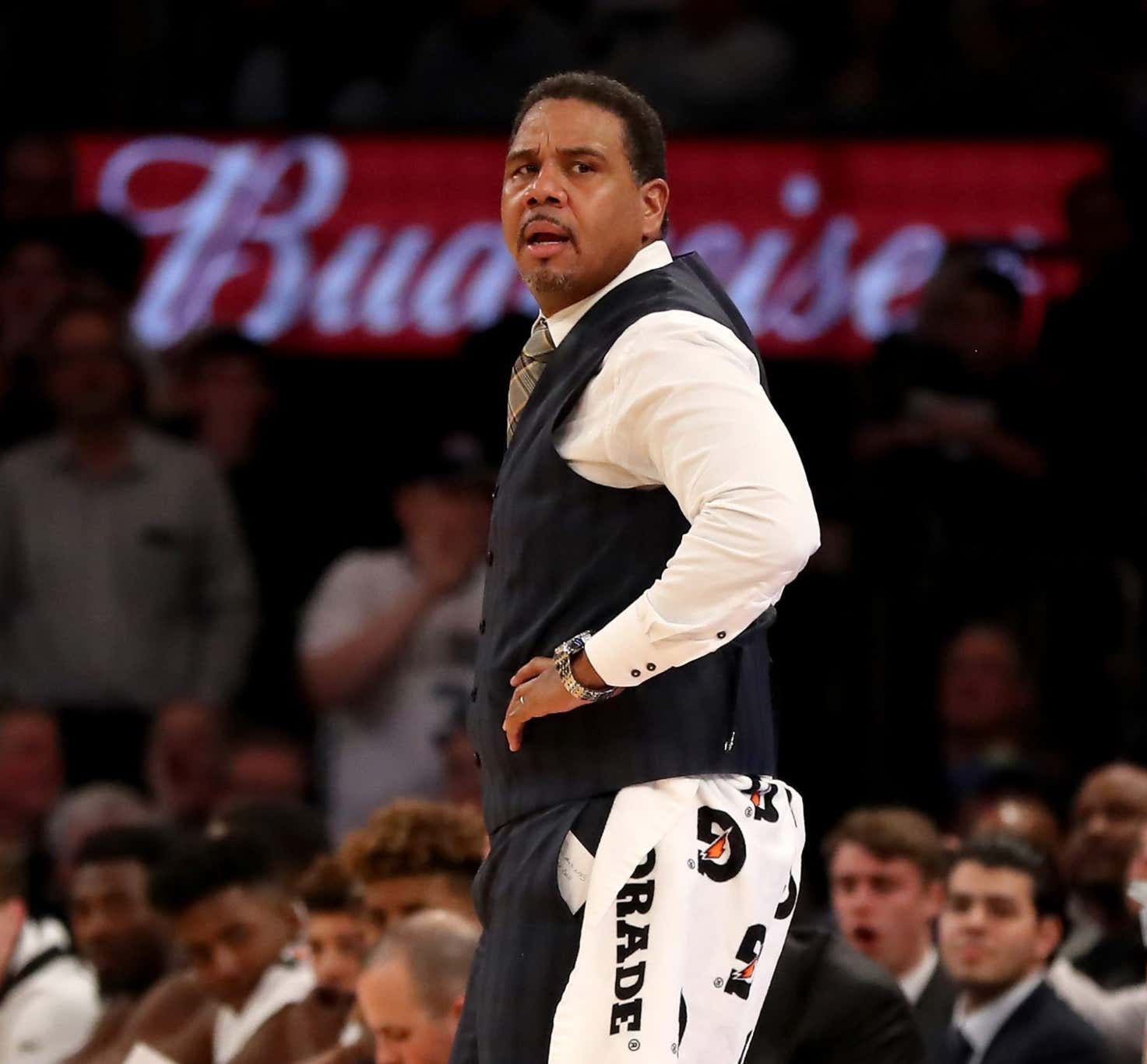 Creighton is now without what I think is their best player since Doug McDermott in Marcus Zegarowski, and unfortunately, they lose a lot more than him. Mitch Ballock, Denzel Mahoney, and Christian Bishop are all gone, so it is up to Ryan Kalkbrenner and AOC (Alex O'Connell) to carry the load. On the bright side, Coach McDermott brings in four of the top 88 players in ESPN's Class of 2021, in addition to getting back redshirt freshman Rati Andronikashvili, who returns after missing all of last year with a knee injury. 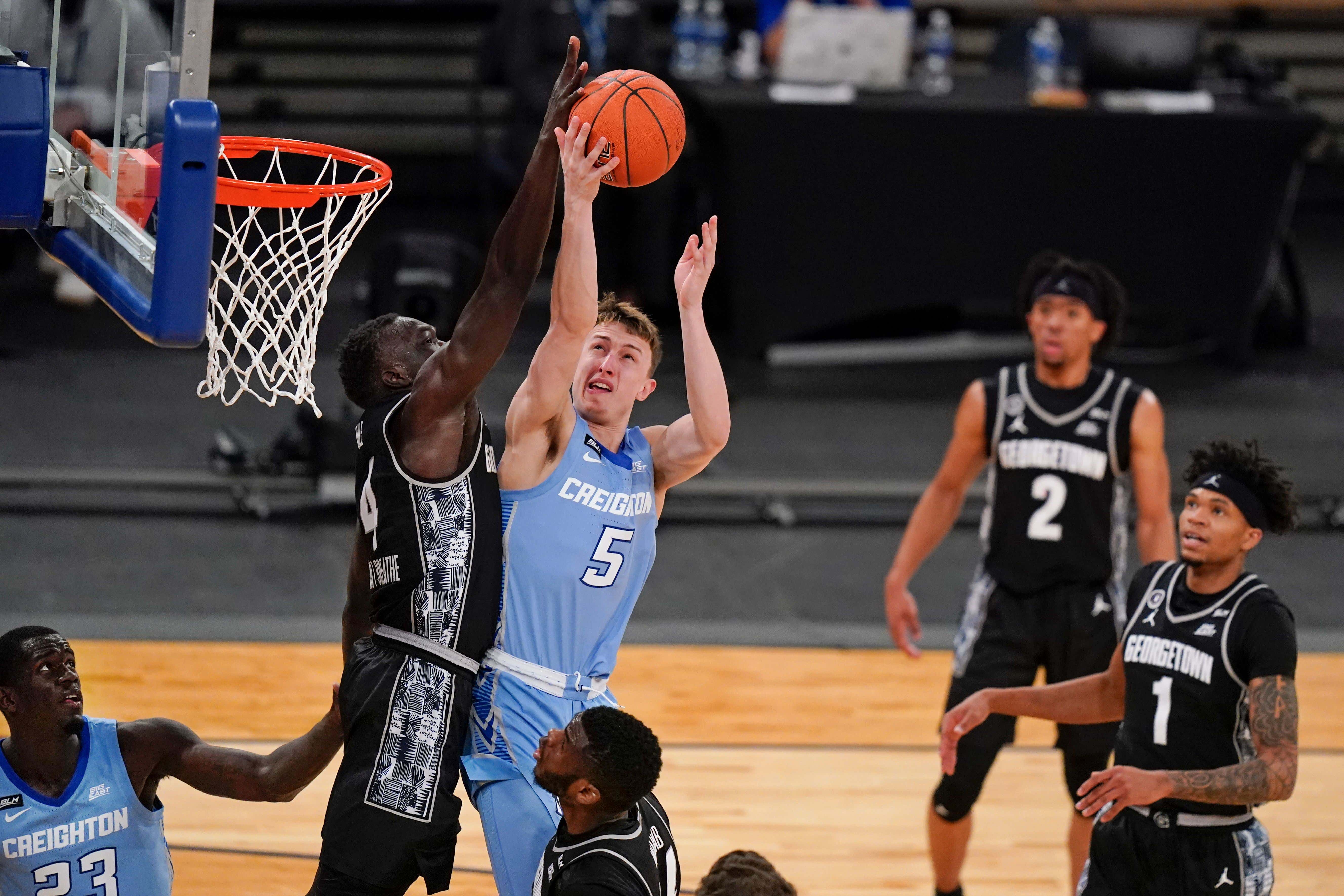 It's a new start at Marquette for Shaka Smart, who is a Wisconsin native. There is a lot less pressure at Marquette compared to Texas, and we all saw how he got his name on the map at VCU when the spotlight wasn't on him. Justin lewis and Greg Elliott return, but this is a very young team with a very tough non-conference schedule: Wisconsin, Illinois, Ole Miss, WVU, South Carolina, UCLA. Shaka Smart told FOX's John Fanta that he has a 26-page "culture document," which I think is a fun, little nugget to throw in there. 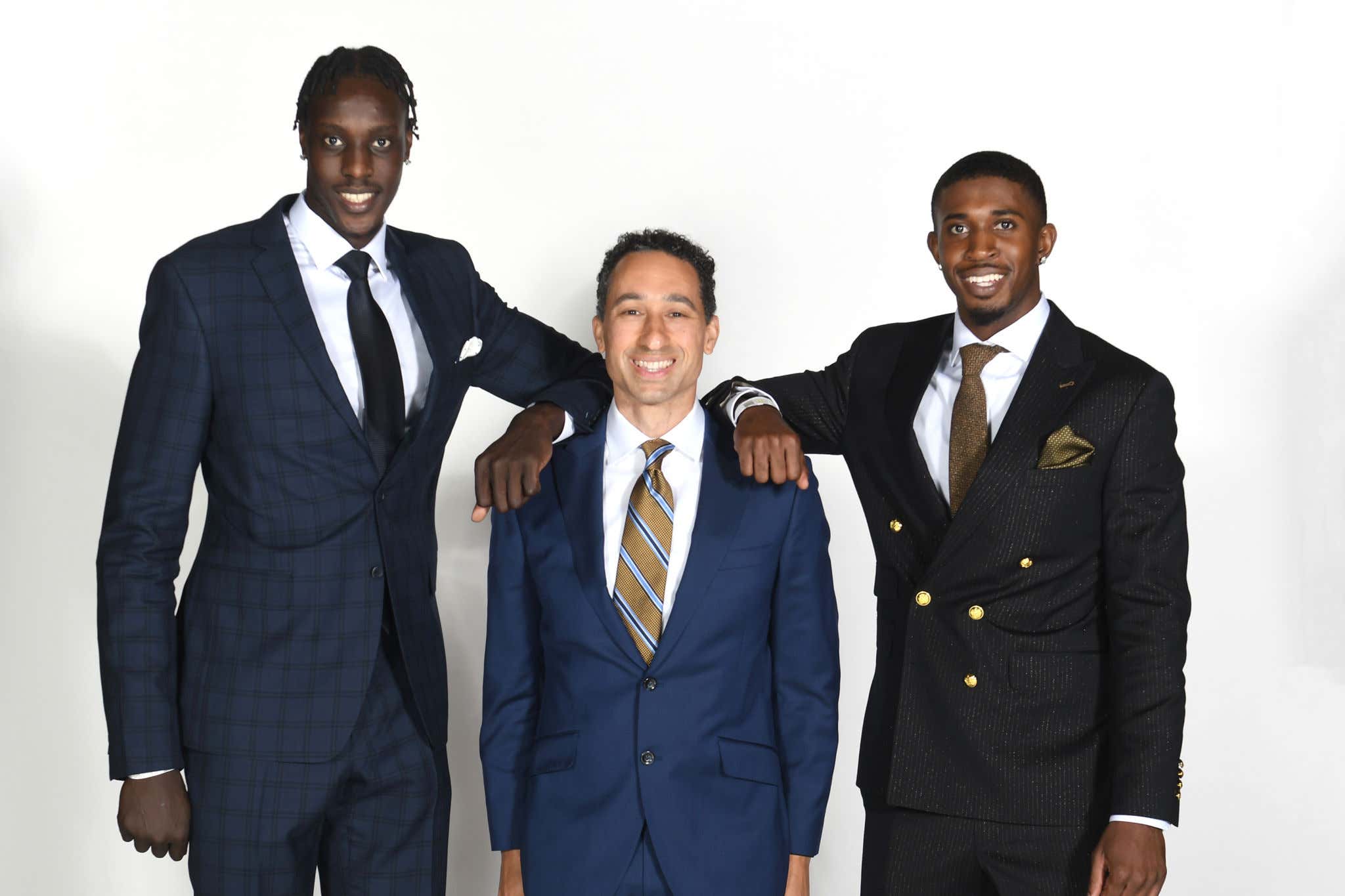 The Big East Tournament run for the Hoyas came out of nowhere, but that immediately ended once March Madness rolled around. Losing Qudus Wuhab (Maryland) will leave a big hole down low, but they do return guard Dante Harris. A new guy to monitor is freshman phenom Aminu Mohammed, the school’s first 5-star recruit since 2014, plus Ryan Mutombo, the son of Dikembe. Patrick Ewing probably bought himself some more time with a tournament bid last season, but has only had one season above .500 in his four years in D.C. 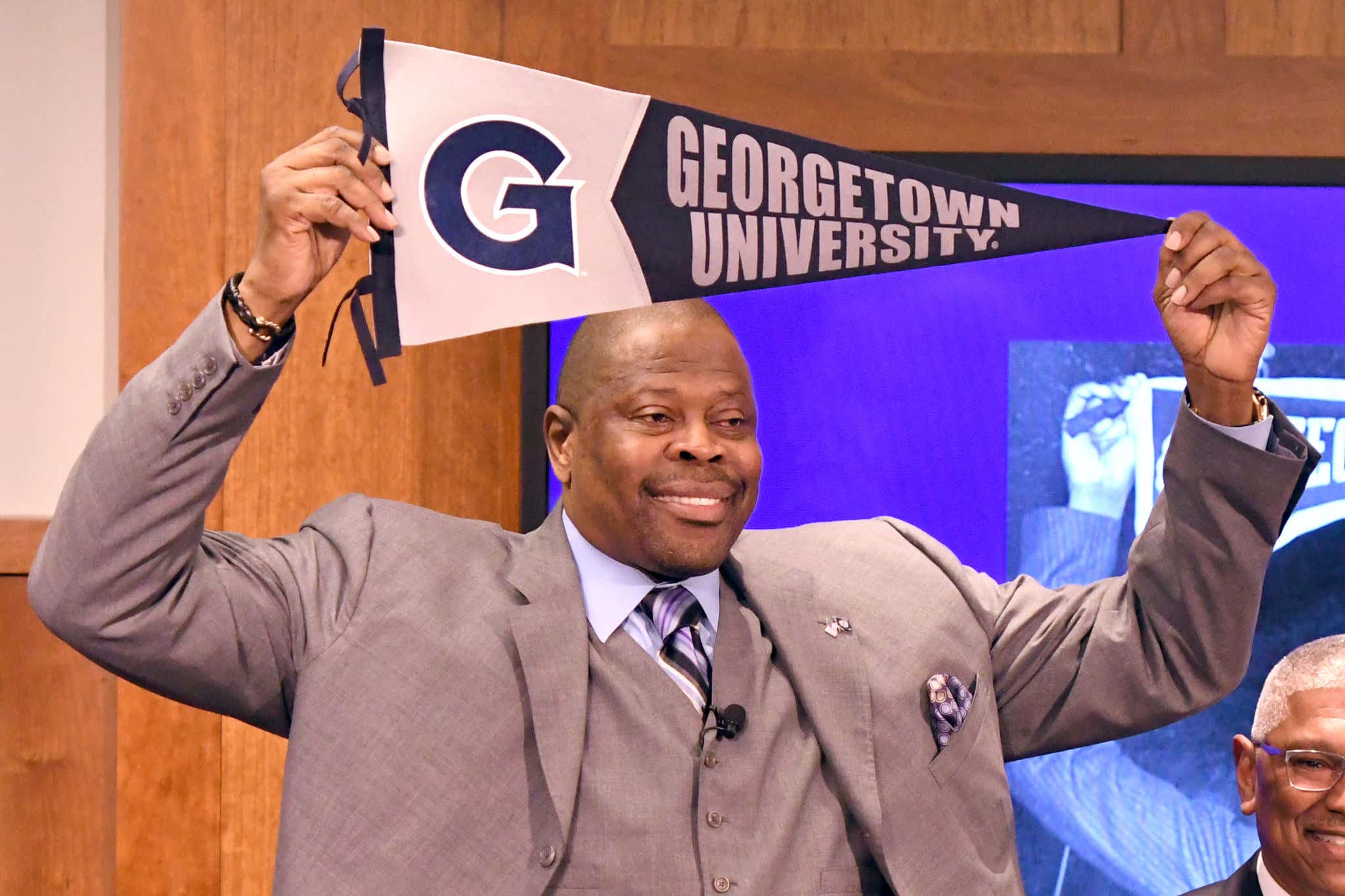 Death. Taxes. DePaul being at the bottom of the Big East. That is unfortunately the reality this preseason for the Blue Demons, who have finished last or tied for last in the Big East in each of the last six seasons. Five guys transferred out, but maybe the clean house helps? 5-28 in Big East play over the last two seasons shows that things can't really get much worse. New head coach Tony Stubblefield hopes to change the identity of the DePaul program in his first season. 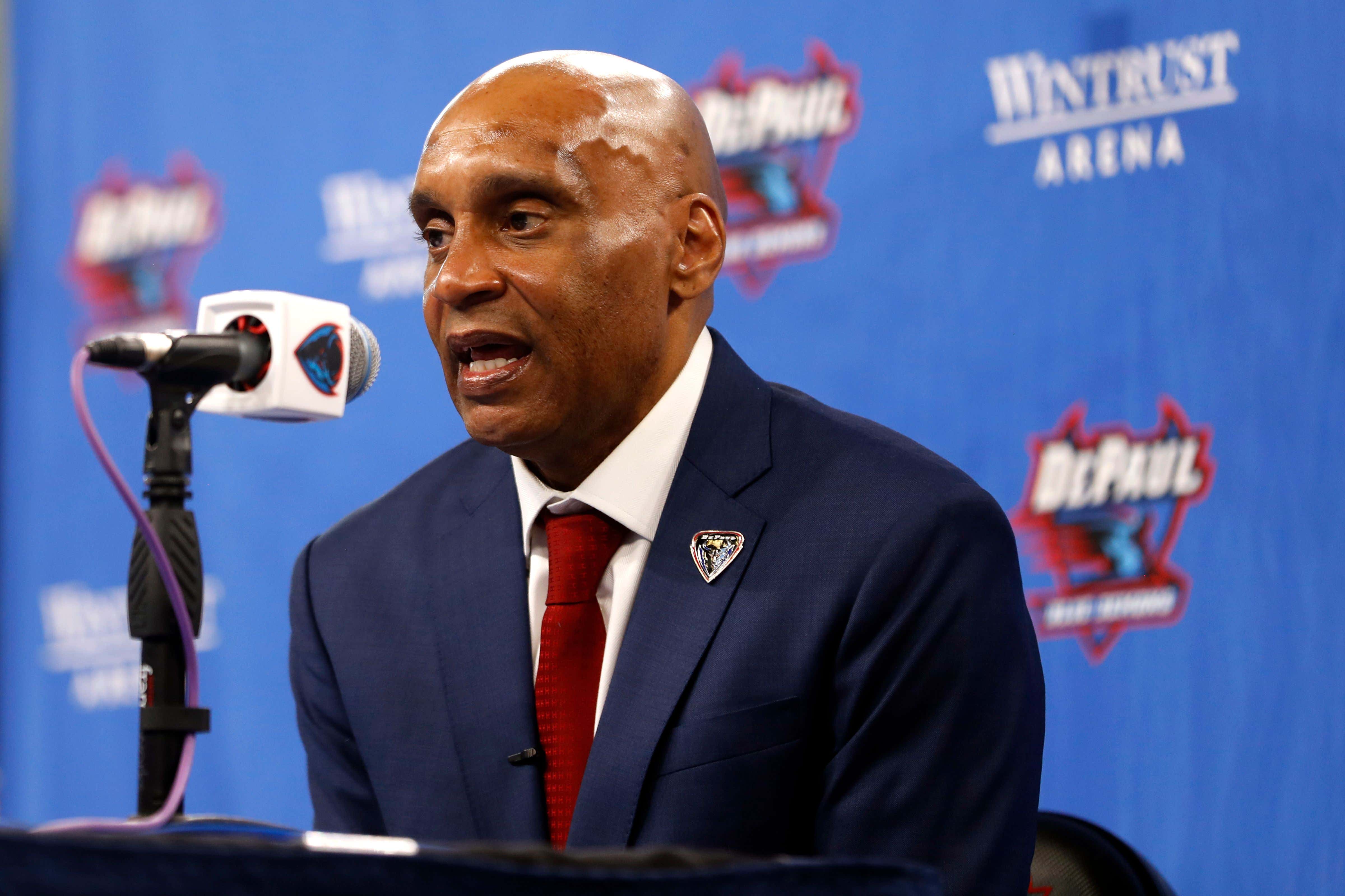 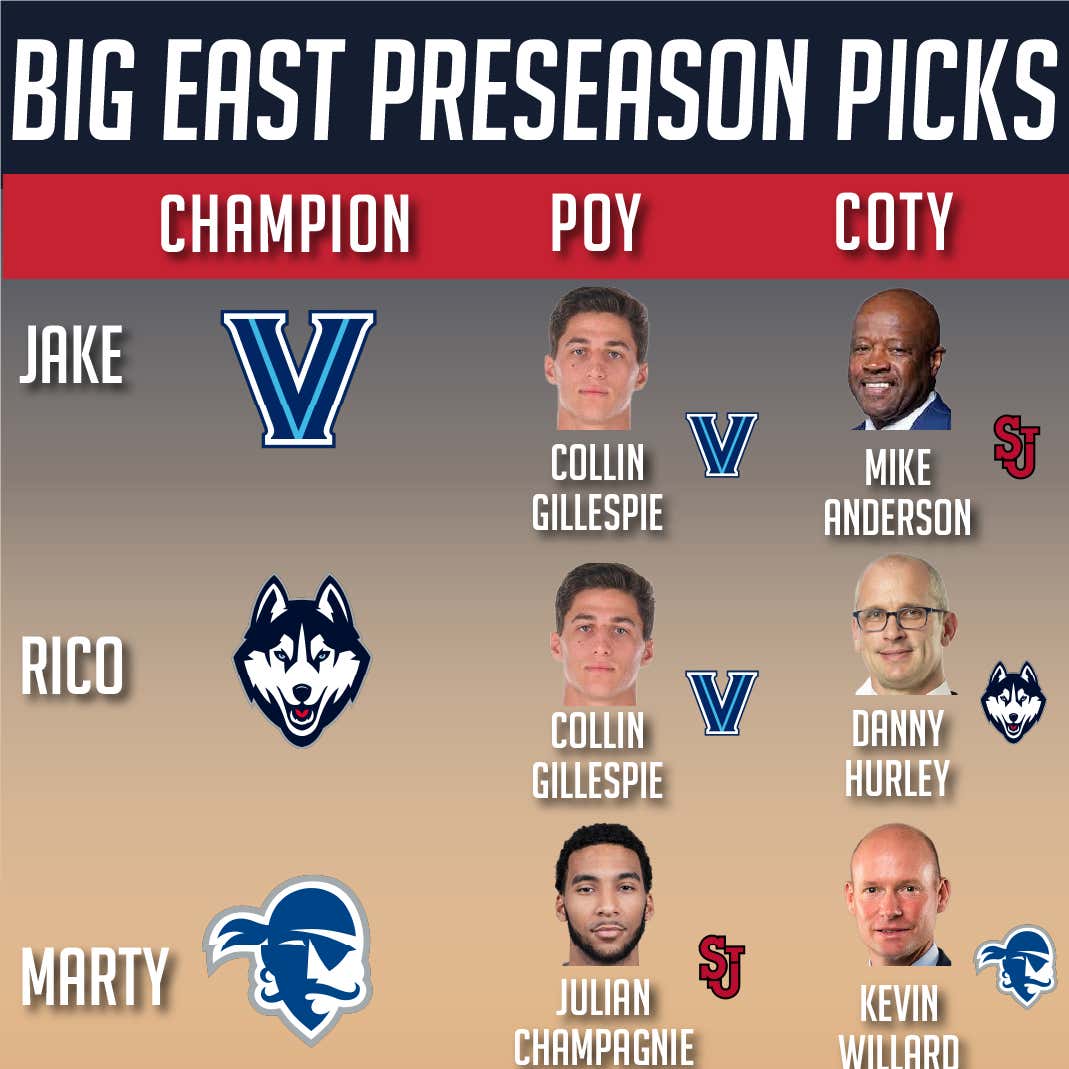 Do you agree with any of our picks? Who got left off the list? We also previewed the Big 12 on today's show, and next week, we will hit on the SEC and the B1G. 19 days until tip-off!