We are officially at the one third mark of the NFL regular season, and the Pardon My Take Drive to the 405 Pick'em Contest is getting exciting. To catch you up, here is what our crew is doing this football season:

With six weeks down and 12 to go, here are the updated standings: 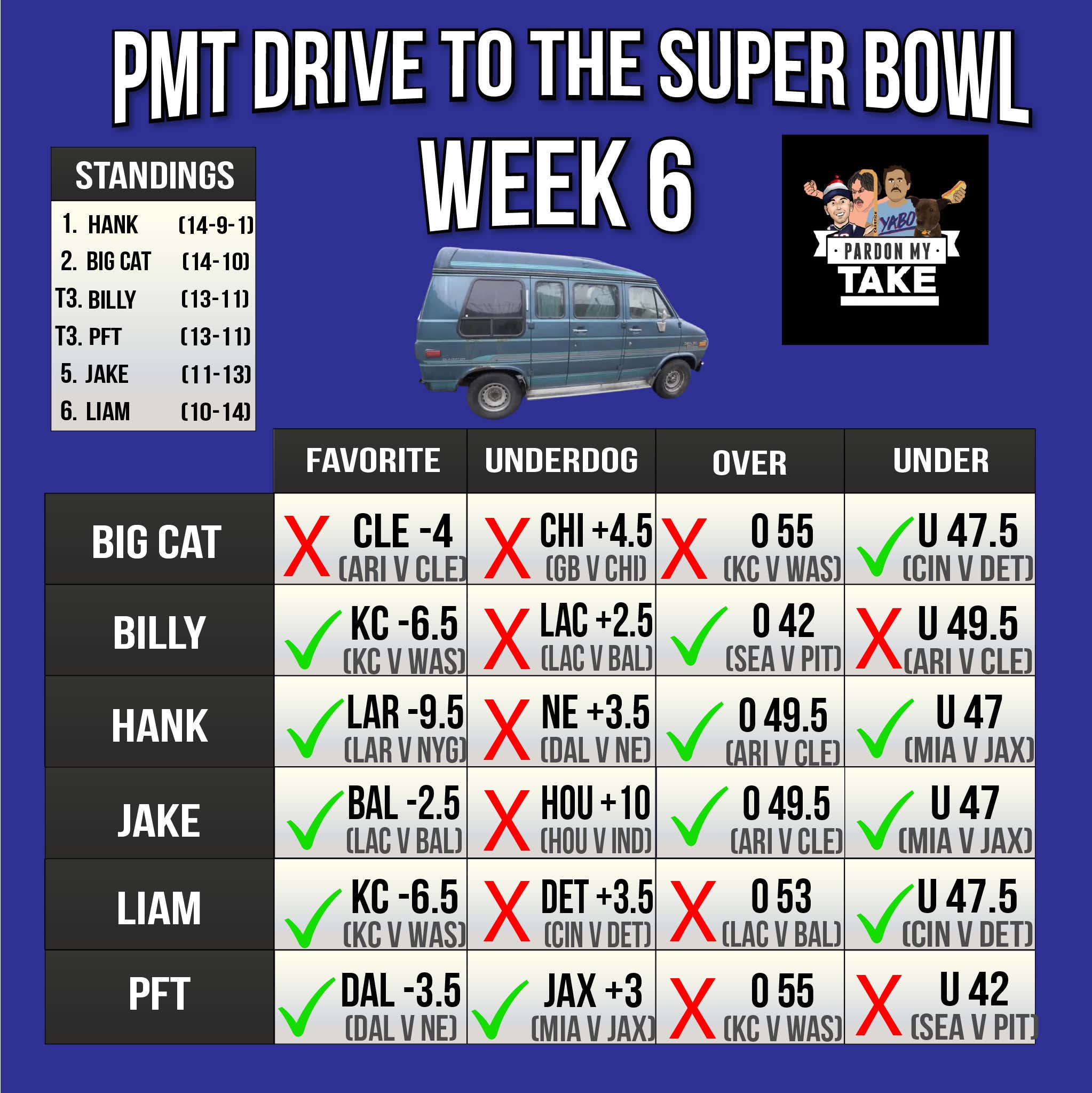 It was the week of the favorites in the NFL, and that certainly was reflected in our picks this week. PFT was the only one to successfully nail his, as the Lunderdog Jacksonville Jaguars upset the Dolphins to pick up their first win of the season.

As for the favorites, everyone but Big Cat pulled through. PFT's pick of DAL -3.5 was a sweat, but a chaotic OT gave him the green checkmark. As a group, we split the overs category, and thankfully, thee LUNDER hit on Sunday morning.

If the season ended today, it would be Big Cat and Liam hopping in the car and driving from New York City to Los Angeles. But luckily for them, there is still a long way to go, and the entire group is only separated by 4.5 games. Until next week…