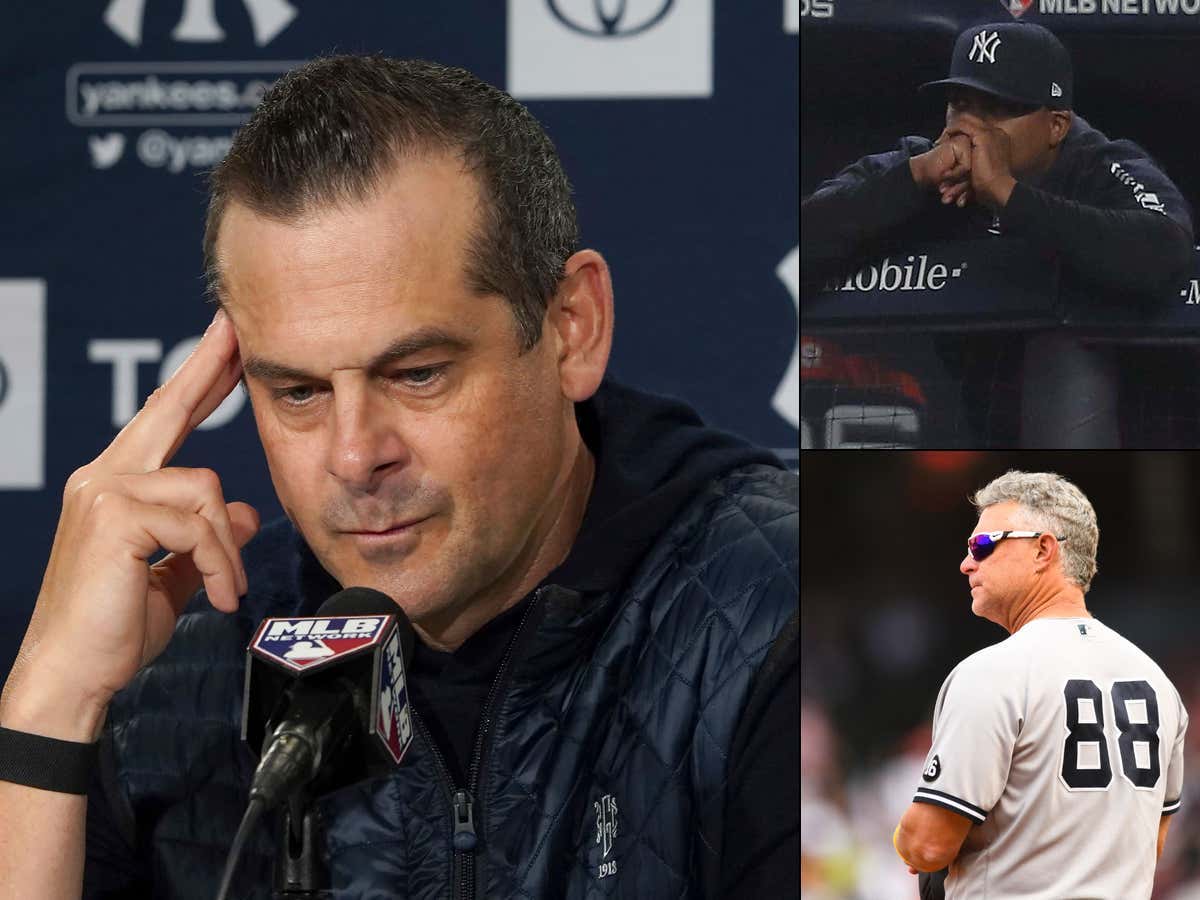 The Yankees' offseason is officially underway as today they announced they're moving on from hitting coach Marcus Thames, assistant hitting coach P.J. Pilittere, and 3rd base coach Phil Nevin. These were no brainer, obvious choices to let go. The Yankees offense completely fell apart this year and never really got going outside of Giancarlo Stanton and Aaron Judge. Does bringing in a new hitting coach change everything? Of course not, but Thames' time coaching these guys was up and you simply could not run it back after the year that was where they ranked 19th in runs scored. I always loved the fire that Phil Nevin brought off the bench while Boone was normally too passive, but my god was he horrific at sending guys home. The Yankees led the league in outs made at home this past season with 23 with the biggest one coming in the AL Wild Card Game as Aaron Judge was gunned down at home following a Giancarlo double off the wall. No más.

Aaron Boone remains for now. I still would be shocked at this point if he isn't back, but this report from Brendan Kuty implies that call is still up in the air.

I'm expecting Boone and Cashman back for at least one more season. Nevin was one of Boone's guys and I feel like he'll have little to no say with the new hires. They'll basically be like, hey dude do you want to manage this team with our guys or do you want to head over to San Diego and run your own show?

Someone I would love to see gone is Michael Fishman. He is the head of the Yankees analytics team and it's time to find new nerds.

Fishman is the brains behind almost every roster move this team makes. The lineup that have Brett Gardner hitting anywhere from leadoff, to 2nd, to 6th, to sometimes 8th. The mind behind starting Deivi Garcia for 1 inning in Game 2 of the ALDS last year only to relieve him for J.A. Happ. I'm not saying to dump analytics, I'm saying to bring in someone with a different plan/different mindset. Michael Fishman and Chaim Bloom are both Yale guys, just looks like we got the wrong one. If you're going to keep Boone and Cashman then clean house with the analytics guys. That would show me there's a movement to actually changing things up.

Anyways, it's sad we're even discussing this shit right now while the ALCS is about to get underway tomorrow. If you're a Yankees fan there's no other way to go about this than pull for the Astros and then whoever win the NL. I simply don't trust the NL though so hopefully Houston gets it done now.

New pod is out to hear our frustrations about all things life.