Look, I'm pretty self aware believe it or not. I know what my strengths and weaknesses are. For instance, I know that I'm not just the best athlete (by far) at Barstool Chicago, but one of the best athletes in the entire company. Easily the best full time employee, not that that's saying much considering the band of misfits I work with.

But one thing I know I'm not the best at is speaking off the cuff into a microphone, though I'm still much better than most at it. I get all wound up and when dickhead coworkers try to attack my words I have a tendency to get flustered and talk myself into trouble. My motormouth is both a blessing and a curse, but it is what it is. Not a strength of mine.

Credit to me for admitting all of this publicly.

This was on full display in this week's snake draft. I drafted 5th overall, and I knew that if it got to me, I wanted to select Tony's fate. Did he live? Did he die? What the fuck happened to him after that idiot Meadow couldn't parallel park her car (women trying to drive lmfao)? Did the guy in the Member's only jacket whack him after hiding a gun in the bathroom a la The Godfather? Was the orange he was holding while talking to Carmella earlier in the last episode a preclude to Tony's brain eating lead and also an ode to The Godfather? Was the entire Soprano family eating onion rings in one bite a symbol of them taking a eucharist as if they're at a funeral? 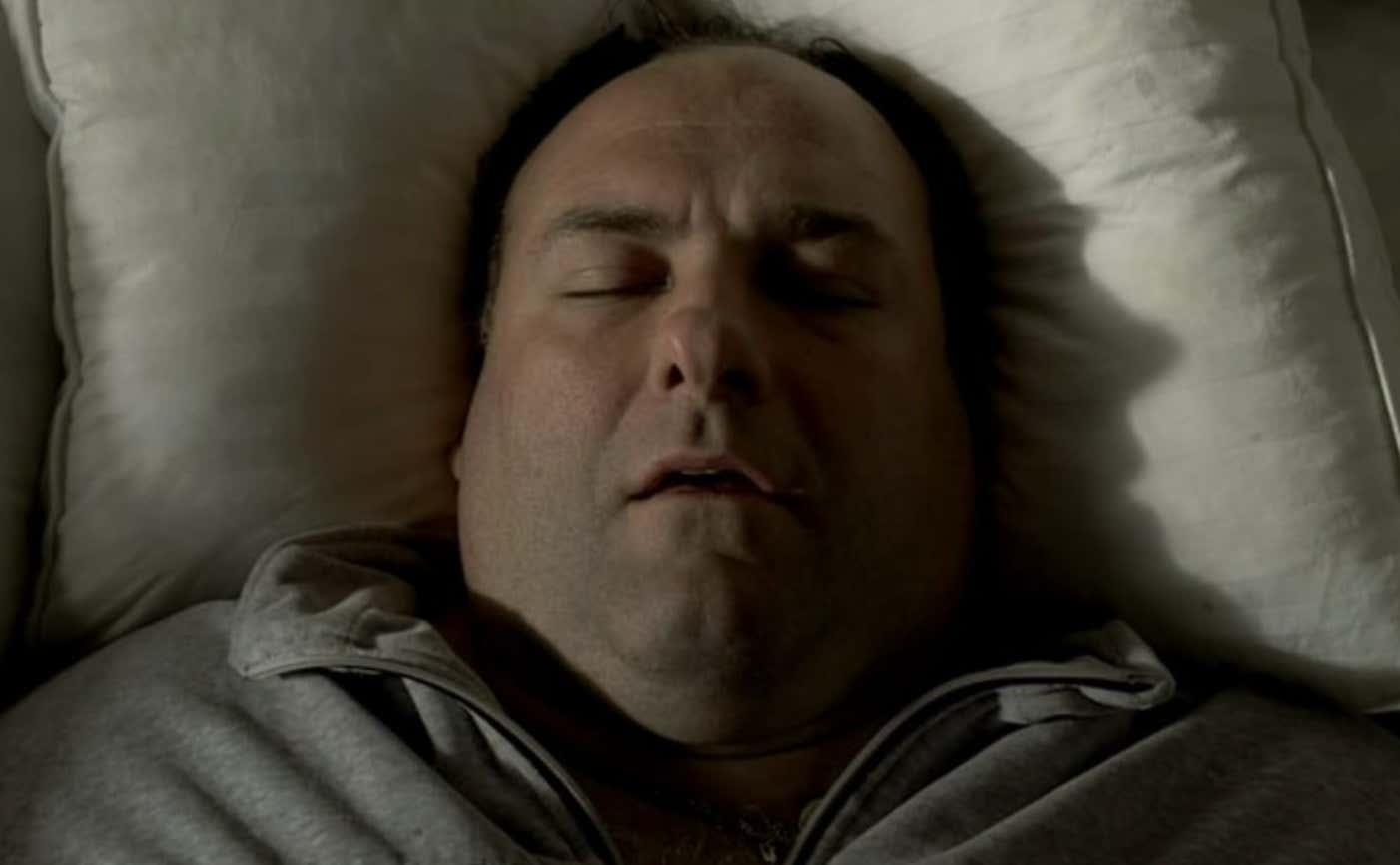 …a picture that symbolizes Tony having an open casket funeral?

Sure, all of this is theoretical and not written much deeper than typical plot lines. That doesn't mean it's still not a storyline, you just have to have the ability to see things that aren't in plain sight. Even if you have to look deeper, that doesn't mean it's not THE storyline of the show at the whole time. For instance, Carl trying to draft the "Pine Barrens" storyline just so he could get it on the graphic… yeah get the fuck outta my face with that.

"Tony's fate" is the most important storyline of the entire show. That's just a goddamn fact. And spare me the bitching and moaning about spoilers, people have had 20 years or some shit to watch it.