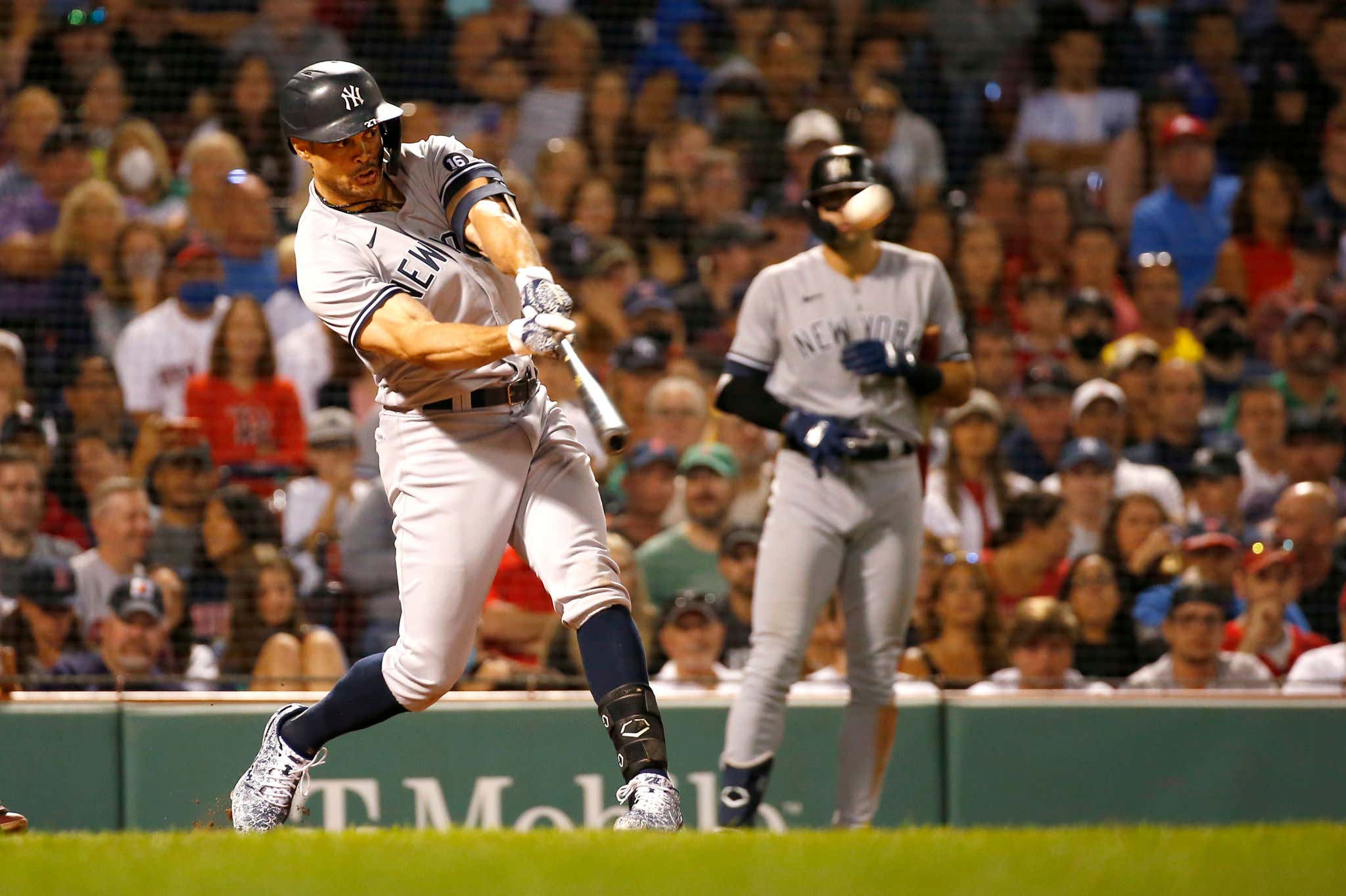 My god was it a glorious weekend in Boston for the New York Yankees. No one came through more than Giancarlo Stanton who blasted 3 bombs, 10 RBIs, and slashed .583/.615/1.417.  That's an OPS of 2.032 in the biggest games of the season. Legendary shit. Every homer was huge and absolutely pissed on. Each bomb essentially ended the game. Dude was unpitchable and kept coming up in spots where you had to pitch to him.

I've watched the slam about 500 times

And my goodness last night's nuke to extend the lead was euphoric.

1st Yankee ever to go into Fenway for a 3 game series and hit 3 bombs and 10 RBIs. 4th Yankee to ever do it against the Red Sox in history joining Babe Ruth, Lou Gehrig, and Mickey Mantle. Not bad.

All that is great, but as Aaron Boone said after the game, the job isn't done. Not even close. The Yankees currently stand a full game up on the Red Sox, who own the tiebreaker if it came down to that between 1 and 2. The Blue Jays trail by two games and also own the h2h tiebreaker with New York.

The Yankees have 3 massive games in Toronto starting tomorrow before finishing up at the stadium against Tampa Bay. How hard the Rays go in that series remains to be seen, but I have a feeling they want to knock the Yankees out and bring on a potential series with their new rival in the Jays. Toronto has the Yanks to start and then Baltimore to finish. Boston has three in Baltimore and three in Washington. As great of a weekend that it was for the Bronx Bombers, they still have their work cut out for them in they want to make the playoffs, never mind be the number 1 spot in the AL Wild Card. Toronto have Ryu, Berrios, and Ray lined up for this humongous series and that doesn't make me feel the most calm if we're being honest.

If the Yankees season continues on the roller coaster path its been on from the jump then you can expect this batshit crazy scenario to play out.

New pod is out, go listen.