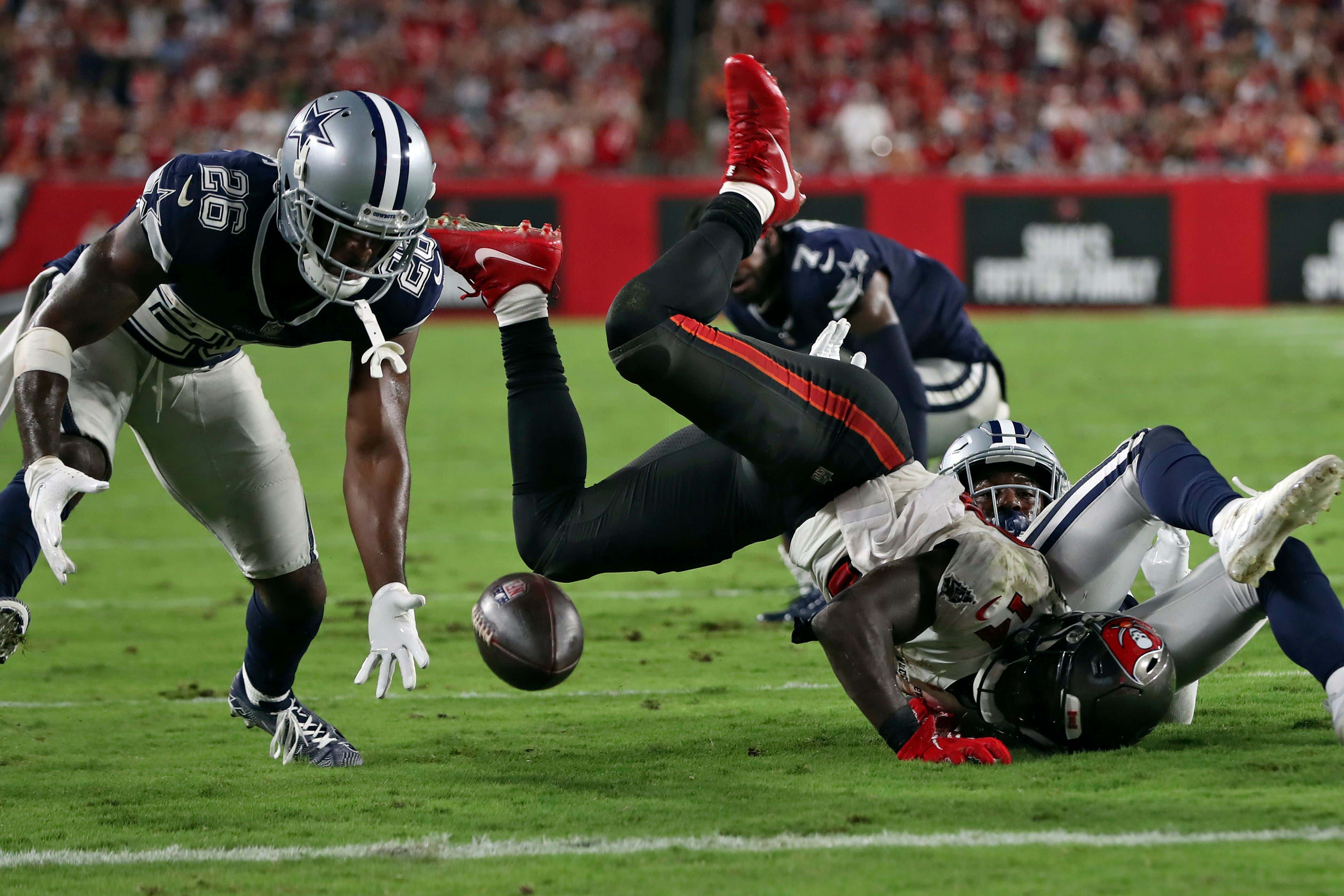 If you have ever played madden there is a game mode you can put on called "Arcade Mode". This game mode increases turnovers, big hits, crazy plays and is a recipe for an action-packed football game.

It was amazing from the jump.

The first punt of the year was one of the best I have ever seen. Noone thinks Cowboys are going to get anything out of it till Dak puts a shot ball right under the safety.

Gronk ends up with Turf in his helmet the next drive signifying football being officially back.

Tom Brady's release of the ball is now faster than it was 5 years ago, the first drive shows it all.

A  Tampa hail mary that almost gets sent all the way back for Dallas,

The touchdown to hit the over

Another crazy turnover that totally changes the tide of the game.

And just when the Cowboys finally hit a field goal with not to much time on the clock.

Tommy terrific puts in the dagger.

Absolute poetry in motion. You couldn't even write the script for a game like that.

Oh, and by the way, there's a new Pardon My Take today that you should absolutely tune into where much better analysts talk about the game and make better jokes.