Vibbs and I hosted Twisted History again this week and the topic was CANNIBALISM.

I didn't know very much about the practice beforehand, but I know a SHITLOAD now.  So if you are one of those murder-porn weirdos who exclusively watches dark documentaries on Netflix, maybe give this week's Twisted a try.

Here's one of our subjects… Armin Meiwes. 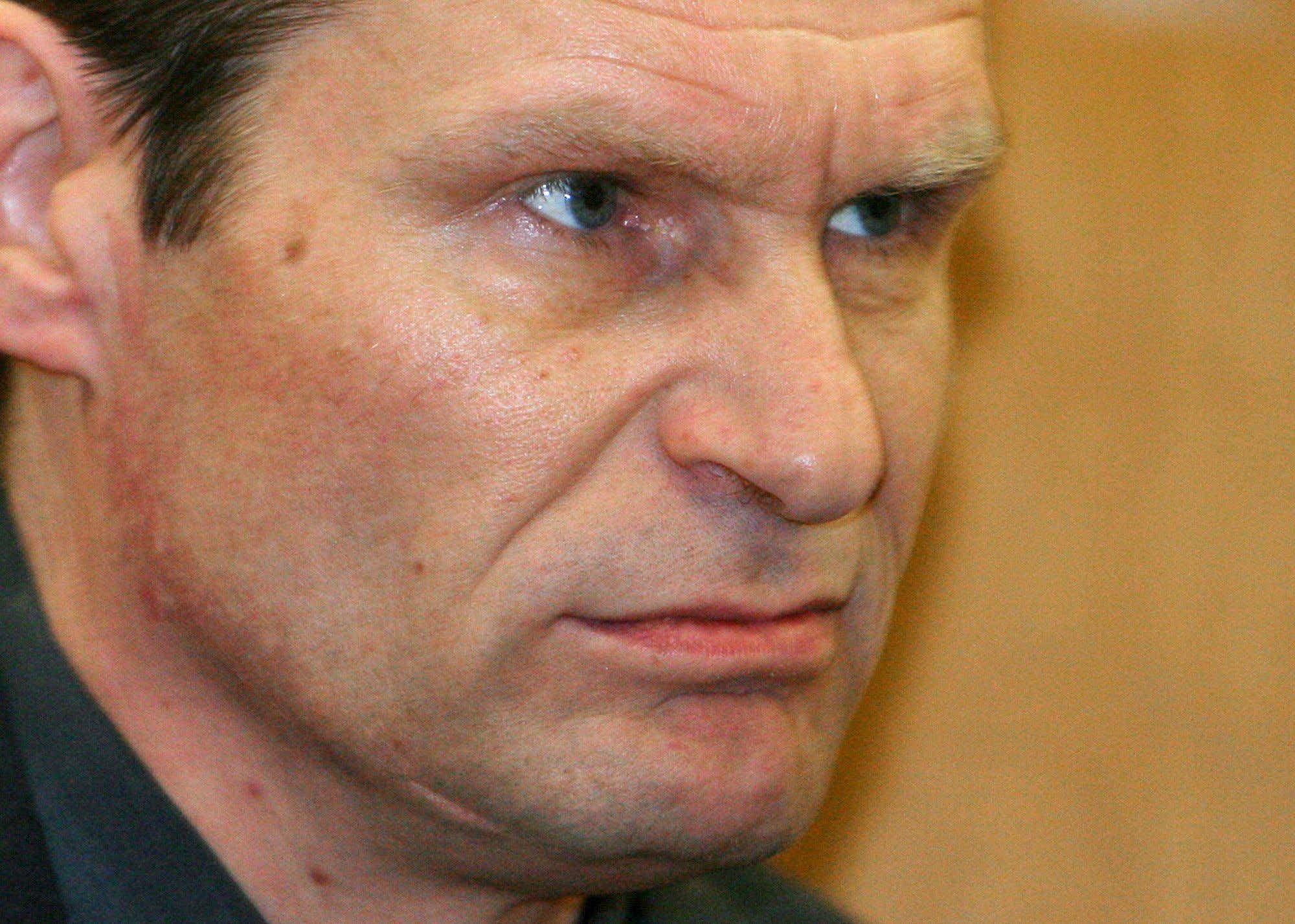 Armin is also known as the Rotenburg Cannibal or Der Metzgermeister (The Master Butcher), and in one of the most extraordinary trials in German criminal history, Meiwes admitted that he had met a 43-year-old Berlin engineer, Bernd Brandes, after advertising on the internet, and had chopped him up and eaten him.

Armin always fantasized about killing and devouring someone, ever since he was 8 years old.  And in March of 2001, Meiwes finally advertised on a website called The Cannibal Cafe for a "young well-built man, who wanted to be eaten".

Brandes immediately replied that he was game (tee-hee), so, on the evening of March 9, 2001, Mr. Brandes swallowed 20 sleeping tablets and half a bottle of schnapps before Meiwes cut off Brandes' penis… again, with his consent… and fried it for both of them to eat.

Bernd… still alive… was then moved to a tub to bleed out, and was then eventually stabbed in the neck, hung on a meat hook, and dismembered.

How do I know this?… Meiwes videotaped the whole thing.

The cannibal then chopped Mr. Brandes into pieces, buried the skull in his garden, and put the rest of him in his freezer to defrost and cook whenever he felt peckish.

For those who always wondered: Meiwes said human flesh tasted like a stronger version of pork.

A total of forty-four pounds of Bernd was enjoyed by Meiwes over the next ten months and the sick fuck was only caught when his search for his next partner online was alerted to authorities.

Meiwes was sentenced to life in prison in 2006 and has since become a vegetarian.

There are a ton of stories like Armin's on this week's edition, so tune in if you dare.