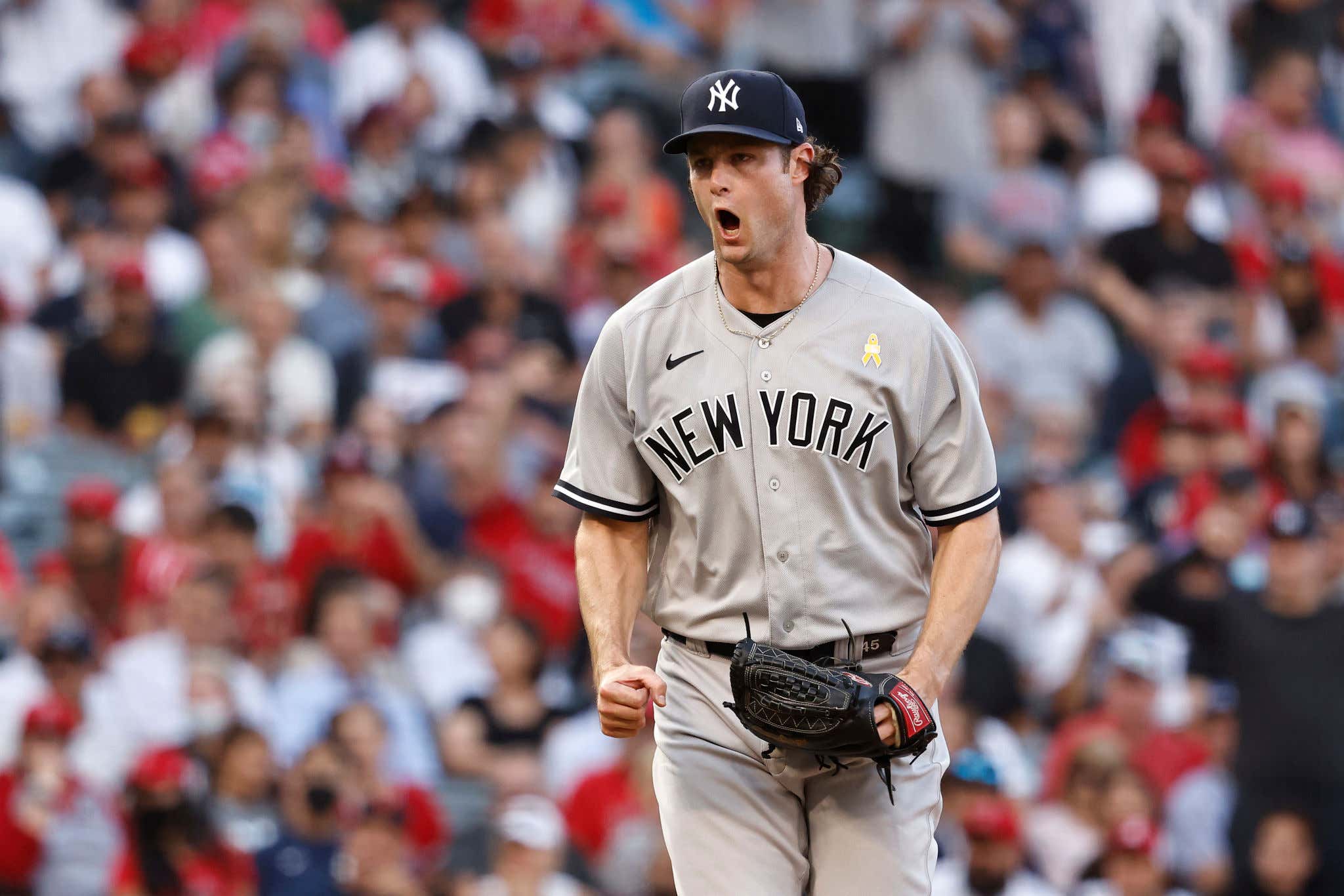 The Yankees entered last night's game slumping to the point where you could have called it a "can't lose." It's funny how quickly you forget about a 13 game winning streak after you follow it up with four straight losses. In dire need of a victory they turned to their ace Gerrit Cole. You give the ball to your horse in times like this in order to right the ship and get back on track. Gerrit Cole did just that against the Angels on Wednesday night.

32 swings and misses (THIRTY TWO) are the most in Gerrit Cole's career. The 15 strikeouts are the most he's had in a game in his Yankee career. When you pay a starting pitcher $324 million you envision starts like that when he signs the bottom line.

Cole finished the 6th inning having struck out the side after surrendering his first run. With over 100 pitches thrown you figured that was it, but as he entered the dugout and faced Aaron Boone all he did was shake his head, acknowledging he had more to give, and walked right by the manager. He wasn't coming out. That maniac came back out for the 7th, and after getting Justin Upton to weakly fly out to left, proceeded to strike out two more batters to put a close to his outing. Seven magnificent innings. That dude wasn't going to lose last night. And yeah it's the Angels sure, but the Yankees needed a win last night before they headed back home and he wasn't going to settle for anything else. That's an ace.

Gerrit Cole vs. Shohei Ohtani was a matchup everyone was looking forward to Wednesday night. How'd it turn out? Cole eviscerated the runaway MVP frontrunner with three dominant strikeouts in three at bats. You do not see Shohei get overpowered like this very often.

Since returning from the Covid IL Cole has won all 4 starts, throwing 24.2 innings with an ERA of 0.73 and 39 strikeouts to just 4 walks. Did he need an adjustment period after the sticky substance enforcement came into play? For sure, most pitchers around the league did (unless you are James Karinchak who has completely fallen off the map), but he's figured it out and is dominating again. Hey maybe the two week break he got from covid in a way helped give his arm a breather? Whatever it is, he's locked in right now and back to bullying hitters. At least Jared got his likes when he hit send on this one.

I know Rodon, Lynn, and Ray have all had great years, but the AL Cy Young is Gerrit's to lose.

As for the Yankees, listen that was a rough end to the road trip losing four of five. Gotta turn the page though and hopefully a start like Cole's can get that mojo back. Three up next against Baltimore back home this weekend. Have to broom them. They're about to enter a 20 game stretch against some weaker teams and must take advantage. Their lead over Boston for that all important 1st Wild Card spot is 3 games in the loss column over Boston and 4 over Oakland. They have to increase that lead and give themselves some breathing room over this upcoming stretch. The division is cooked, just rack up wins, stay healthy, and position yourself the best you can.

New pod is out where we break down the series and what's to come.