The Twisted History of Fast Food has put my fast food eating habits under the microscope because of what I order at Subway - a foot long tuna with lettuce, mayo, and pickles. Large attempted to shame my order on the podcast by explaining the puddle of liquid film the tuna sits in before being served, or by stating the fact that Subway is being sued for their Tuna not containing enough Tuna DNA to be considered fish. BUT I would say 50% of those allegations are RECKLESS AND IMPROPER …

My only gripe with Subway (other than their former spokesman being a huge pedo from Indiana and giving Hoosiers a bad name) is the $5 footlong slowly became the $8.95 footlong, THEN us sheeple all woke up and realized Subway's footlong isn't even a foot long. Large and I measured on the podcast and the sub fell about in inch short of a whole foot. That's one less inch of bread surface area to be covered in delicious Tuna. 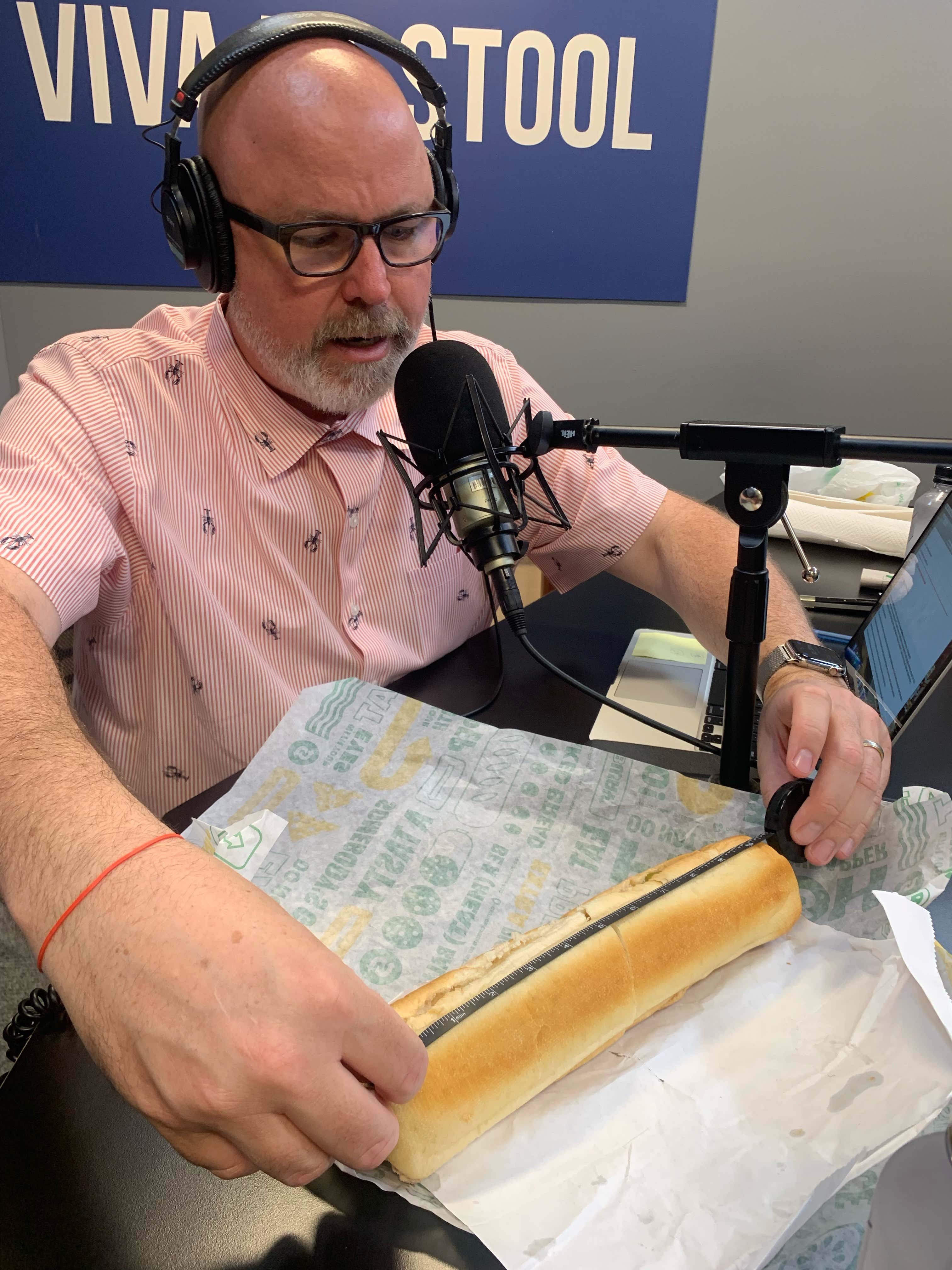 Subway isn't my go to fast food restaurant, but my go to order at Subway is the delicious foot* long Tuna sub. Don't hate, don't trash it. I'm just trying to Eat Fresh.