When I talked about celebrities whose parents died tragically during the most recent episode of Twisted History, I had to mention Mariska Hargitay.  The popular Law And Order star had a very famous mom who had a very gruesome death.

Mariska’s mom was Jayne Mansfield… One of the original blonde bombshells of Hollywood in the 1950s.

Jayne was Playboy’s Playmate of the Month in February 1955 and was not shy about dumping them out, appearing nude in the magazine many times throughout her career. 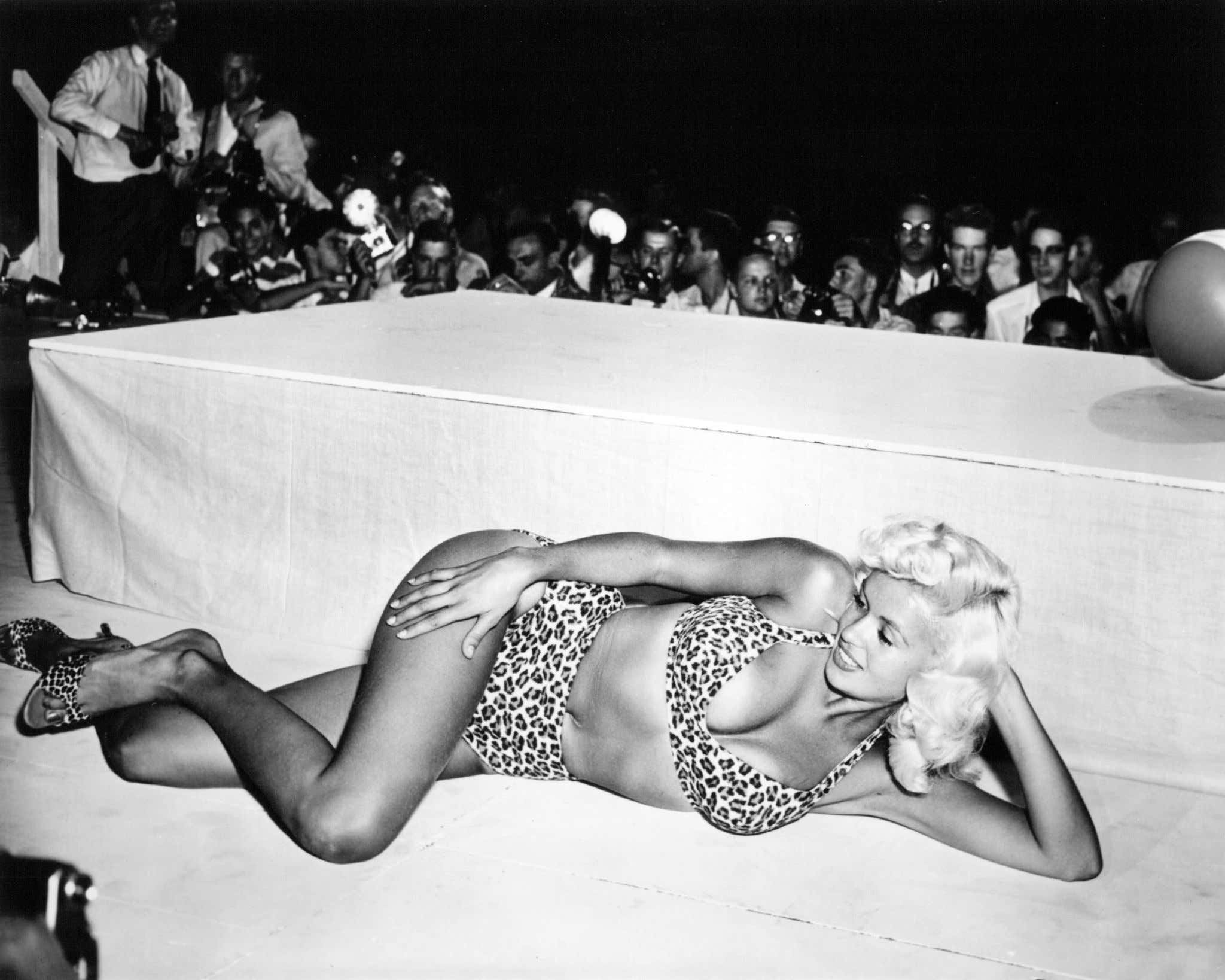 That’s when I realized I hadn’t done an Ass from The Past in a while, so why not bang one out with Jayne Mansfield? 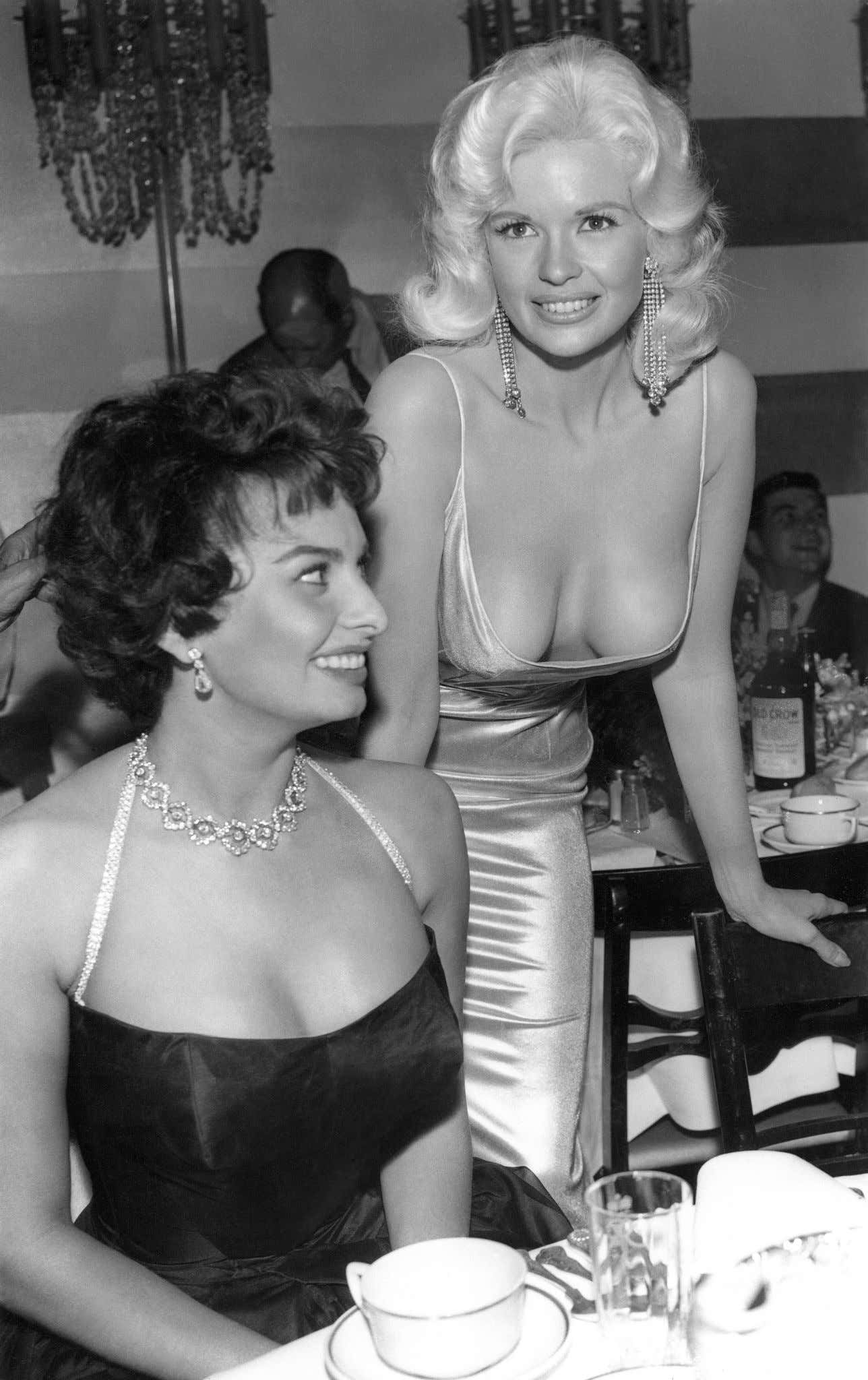 (I love that there is just a big old handle of Old Crow sitting on the table behind her… Simpler times.)

Since she was flashing tits in public on the reg, newspapers in the 1950s routinely published her body measurements, which led evangelist Billy Graham to exclaim, "This country knows more about Jayne Mansfield's statistics than the Second Commandment.”

When I mentioned “Second Commandment” in the podcast, Vibbs immediately said, “The right to bear arms?” and I just shook my head because apparently God is dead but at least guns are very much alive. 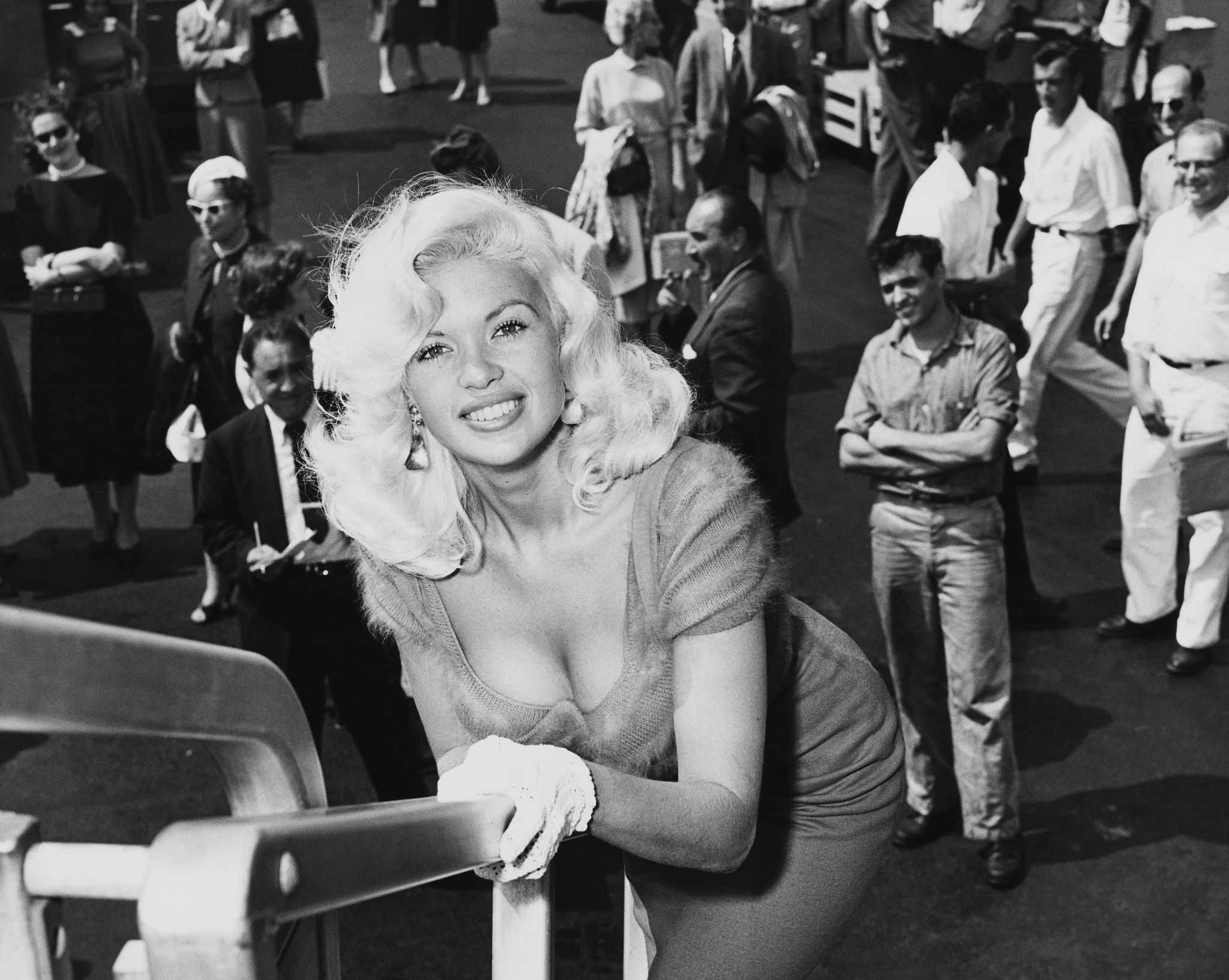 She was known as "The Cleavage Queen” possessing a 41-inch bust on top of a 22-inch waist when she made her Broadway debut in 1955 and she kinda looked like a blonde Alyssa Milano. 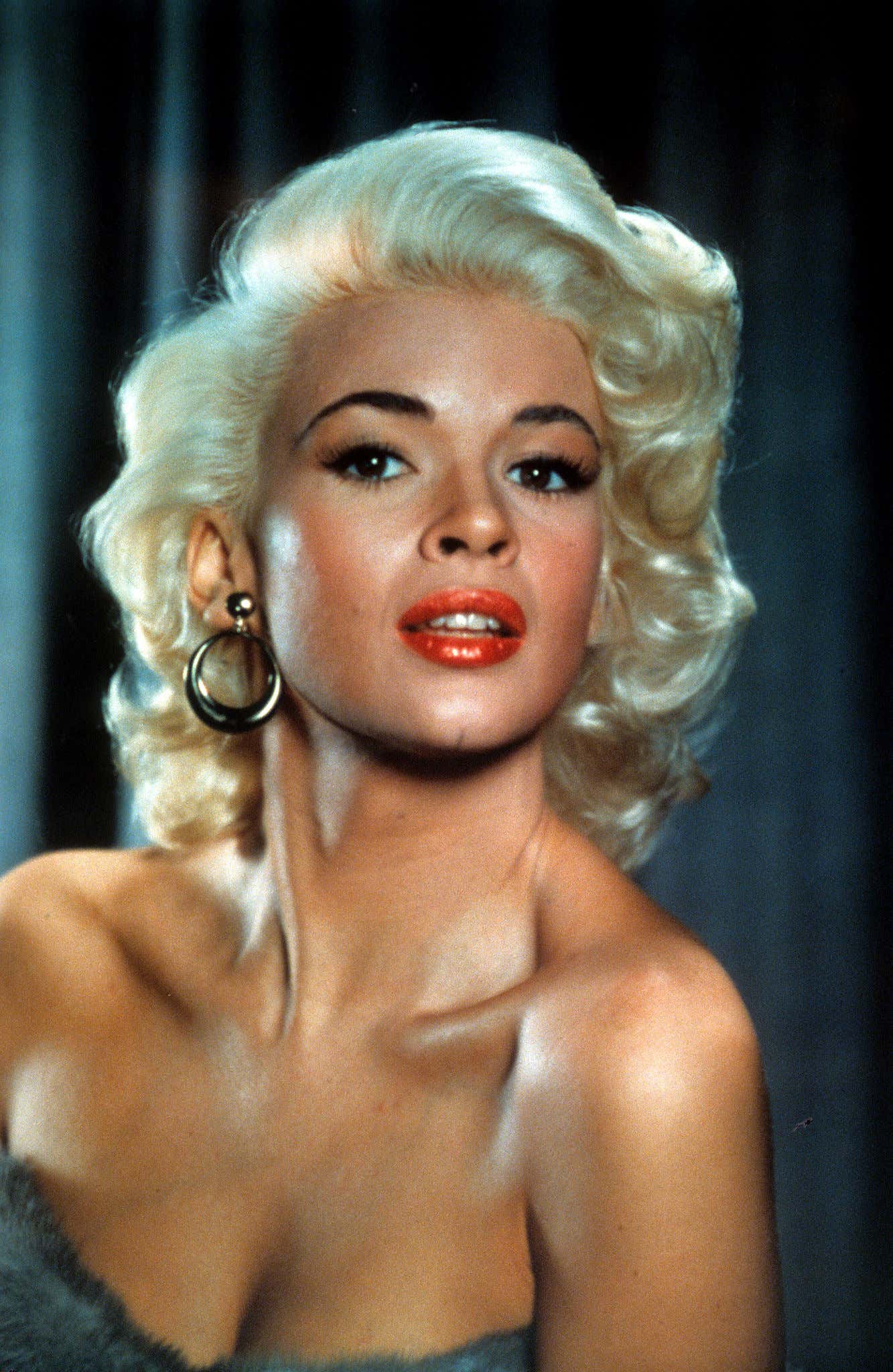 It was said that her breasts fluctuated in size from her pregnancies and nursing her five children. Her smallest bust measurement was 40-D. which was constant throughout the 1950s, and her largest was 46-DD, measured by the press in 1967.

(This was after having 5 kids, but her hair in this picture looks like she was hit by a truck… That will be funny in a minute.) 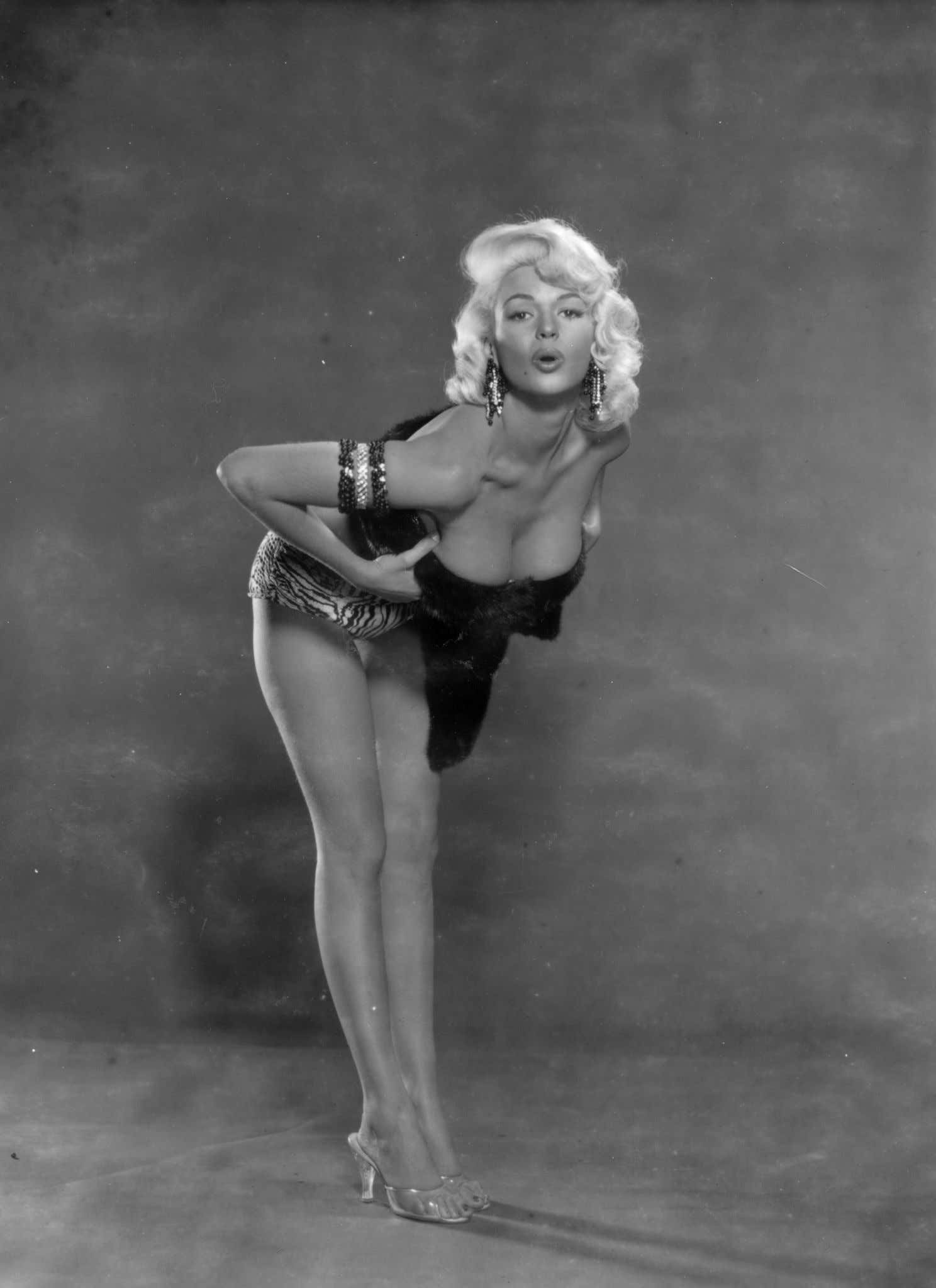 It has been claimed that her bosom was a major force behind the development of 1950s bras, and fashion historians have claimed that it was Mansfield, along with Marilyn Monroe and Brigitte Bardot, who made the bikini popular. 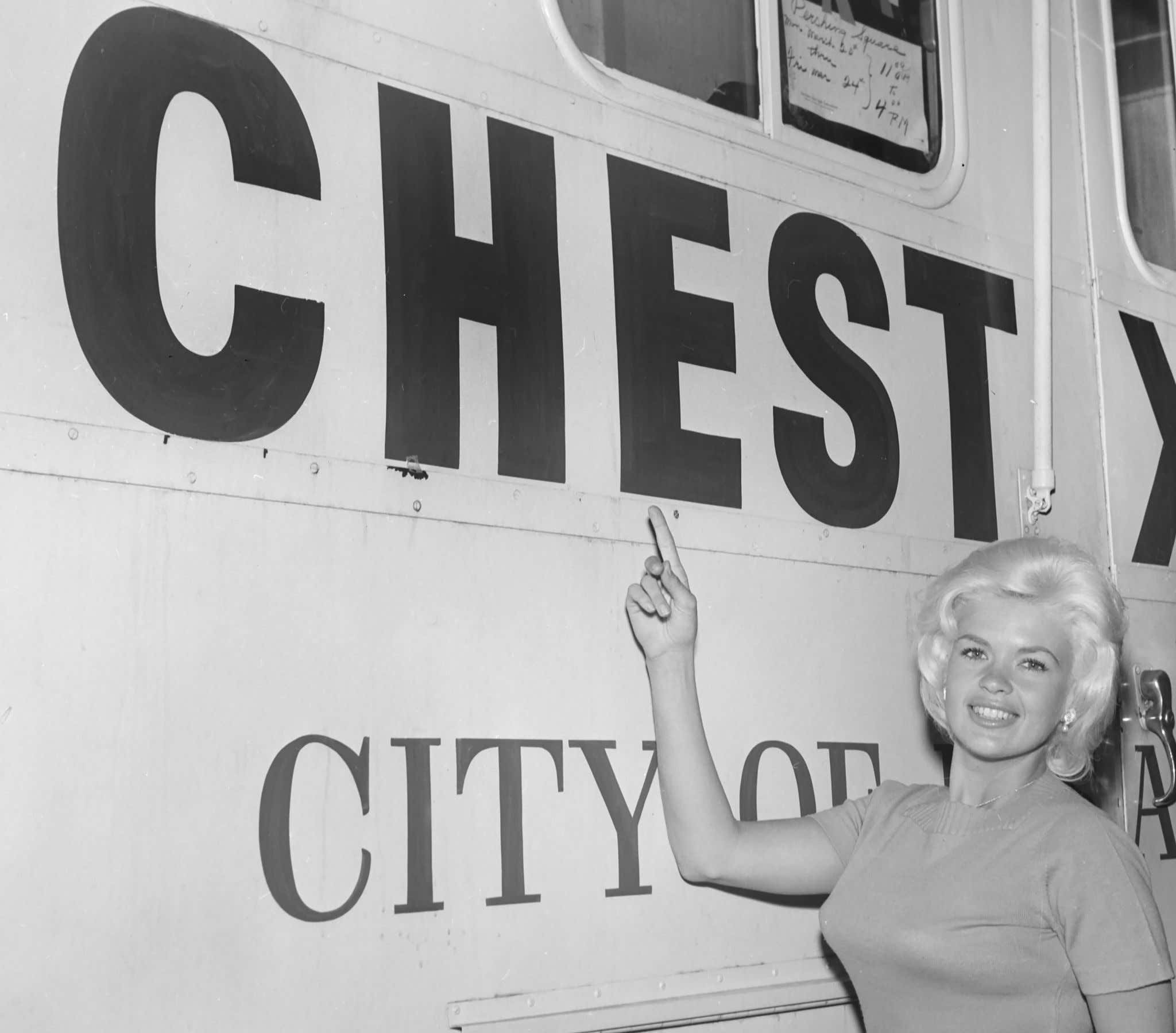 She was notoriously known to publicly expose parts of her anatomy "accidentally" in a series of publicity stunts, where she'd wear cleavage-bearing dresses and purposefully lean or move a certain way as to expose her breasts… Such as this iconic shot of her cans with a jealous Sophia Loren looking on. 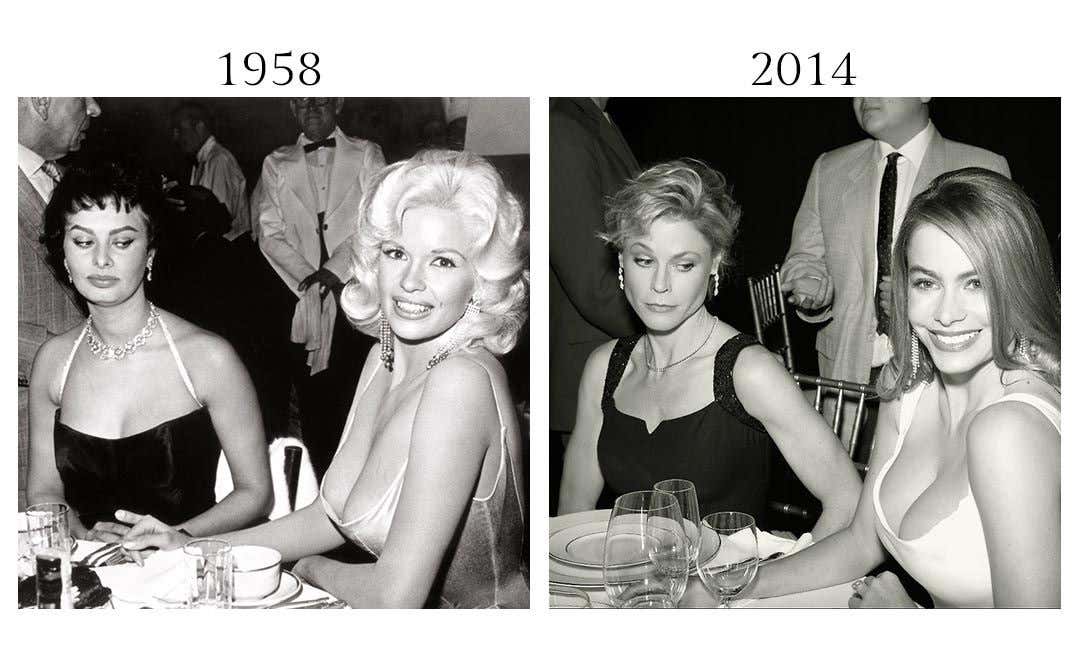 And this is where we get dark…

Jayne Mansfield's career came to a tragic end on June 28, 1967, when she, along with her boyfriend Sam Brody, her driver, and 3 of her children crashed into a tractor-trailer that abruptly slowed down on the road. Not only did their car hit the tractor-trailer, but it also went under it, resulting in complete removal of the automobile's top as well as killing all adults riding up front.

Police photographs were captured and, when seen by the public, spawned rumors of Jayne Mansfield's decapitation. There appeared to be a blonde-haired head tangled in the car's windshield, which was believed to be Mansfield's, but her death certification only read "crushed skull with avulsion of cranium and brain." So it's believed she was either scalped, or only her bloodied wig came off in the crash.

Eight-year-old Mickey, six-year-old Zoltan, and three-year-old Marie (who would later be known as Mariska) had apparently been sleeping on the rear seat; they were injured but survived.

After her death, the National Highway Traffic Safety Administration recommended requiring an underride guard (a strong bar made of steel tubing) on all tractor-trailers… In America, that underride guard is known as a "Mansfield Bar”.

But if you do an image search for "Mansfield Bar" you get maybe 1 or 2 shots of a truck's modified bumper and dozens of Jayne having a couple of pops. 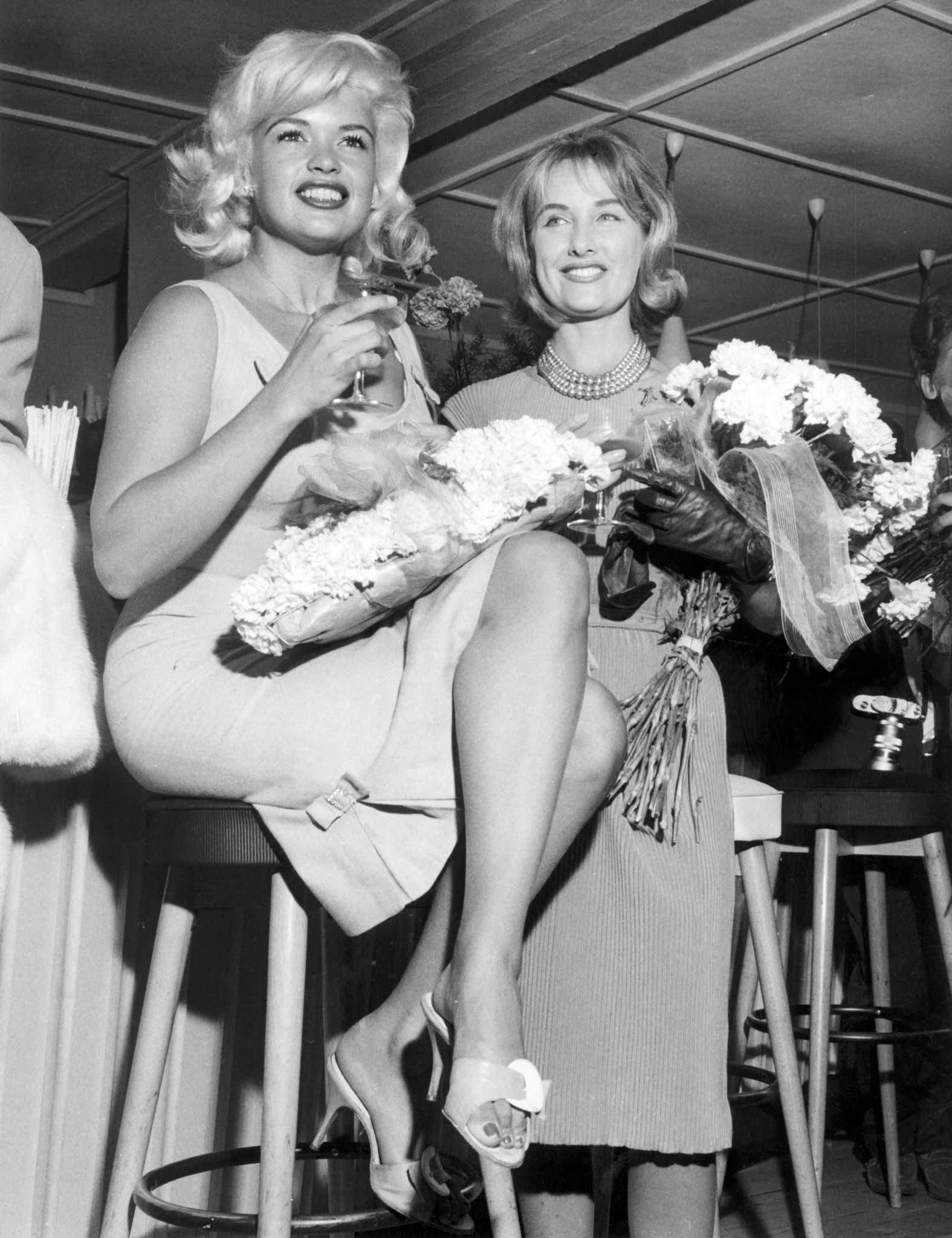 This is why she is such a perfect Ass From The Past.