What a thumbnail!... Stay with this blog because I think it has a little bit of everything.

First off, Charlize Theron is the second most beautiful woman I have ever met in person, and by all accounts, she seems to be a wonderful chef, actress, and person.

I have followed her career closely since 1995 when she threw on a white lycra catsuit and wrestled Terri Hatcher in a forgetful movie called 2 Days In The Valley.

That sentence and the following clip might not resonate with you young 'uns.  However, guys like Rear Admiral, Jerry Thornton, and I know that a mint-condition 1995 Terri Hatcher used to be a VERY hot commodity.

Back to Theron... Consistently on the most sexist and non-inclusive lists of MOST BEAUTIFUL WOMEN IN THE WORLD, Charlize was involved in a handful of extremely watchable (although perhaps not critically acclaimed) movies over the past quarter of a century.

She has had the luxury of being choosier with her roles ever since she won an Oscar for her portrayal of eyebrow-less serial killer Aileen Wuornos in 2003's Monster.

But before that, she was in a host of flicks the Academy probably didn't like, but I sure did.  And I feel compelled to list my favorites now.

First off, she was one of the Executive Producers of that sufficiently creepy show Mindhunters on Netflix… That's where we got to first see Coach Duggs' portrayal of the notorious serial killer, Ed Kemper…

I don't believe the third season of Mindhunters has been officially announced, but it is rumored to be scheduled to shoot for a late 2022 or early 2023 drop on Netflix.

Then, as an actress, here is a partial list of movies she has starred in … 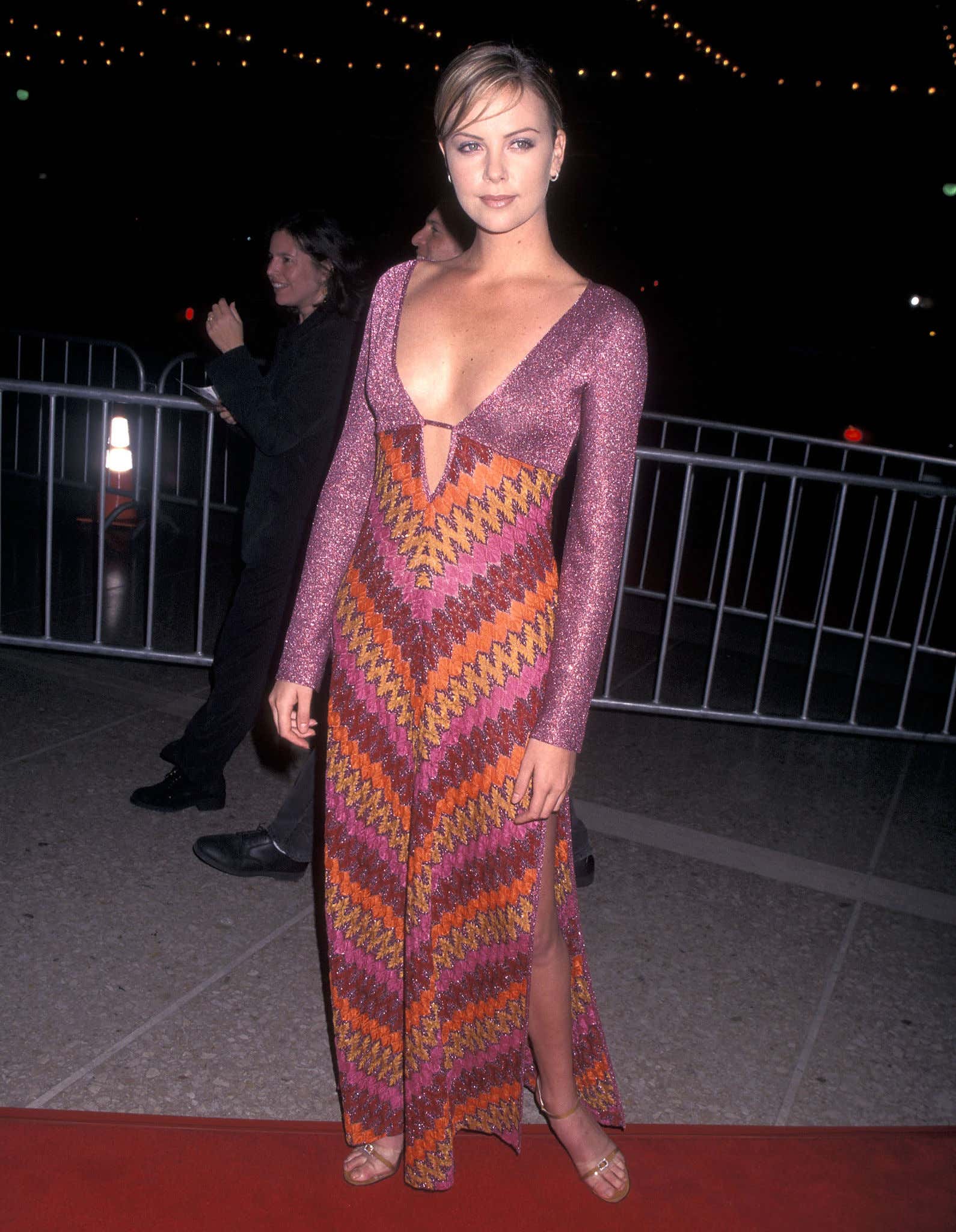 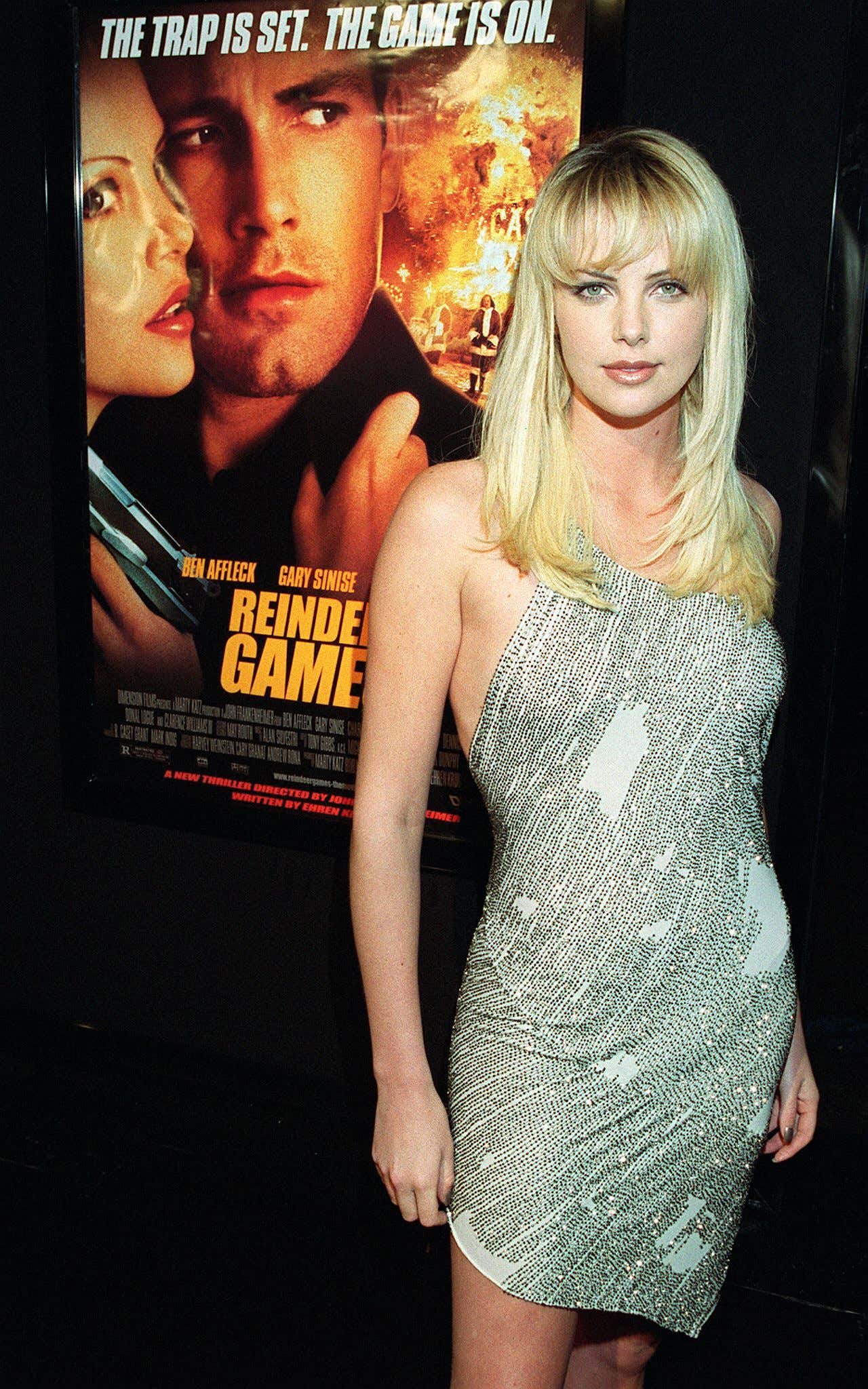 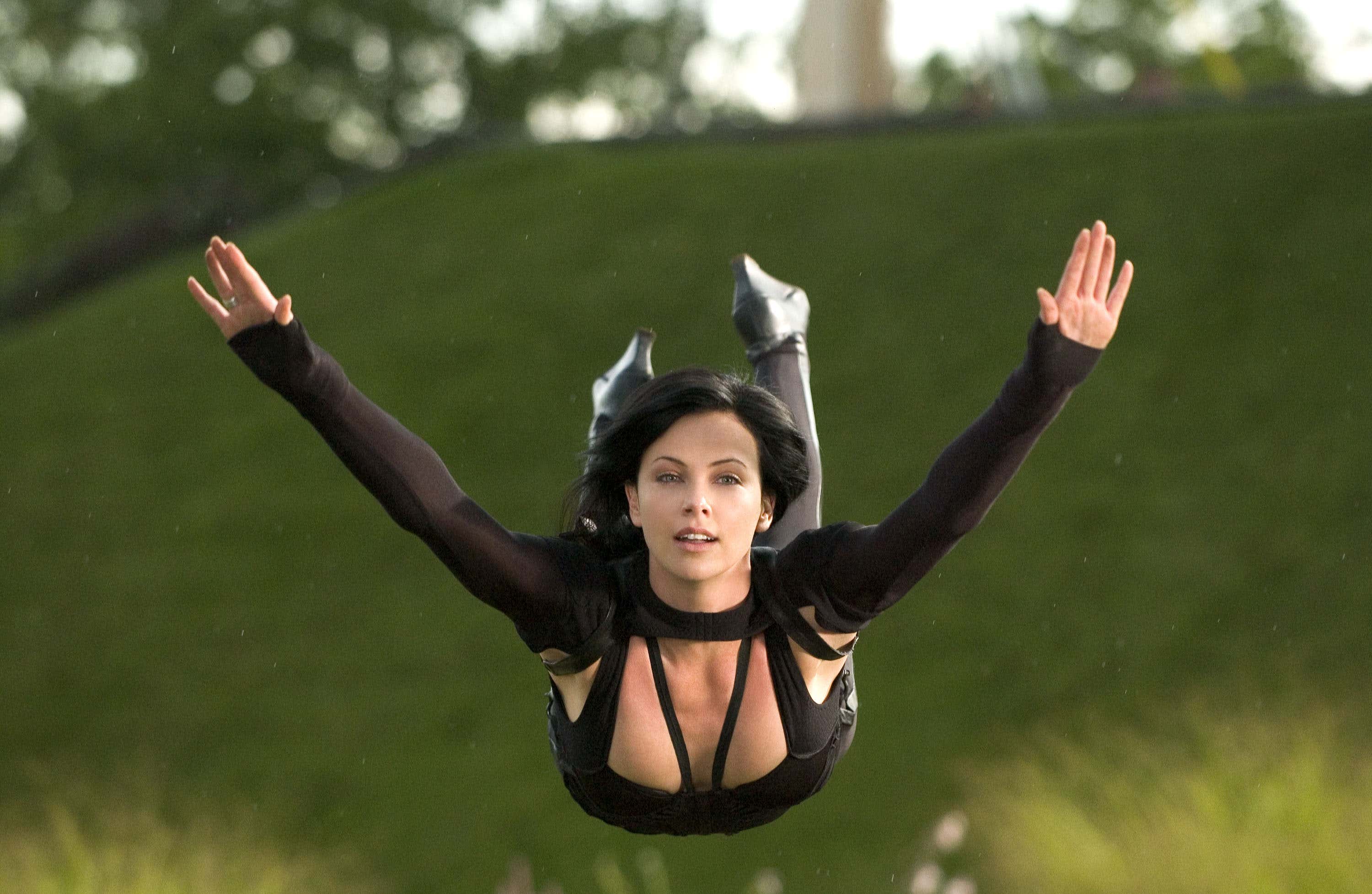 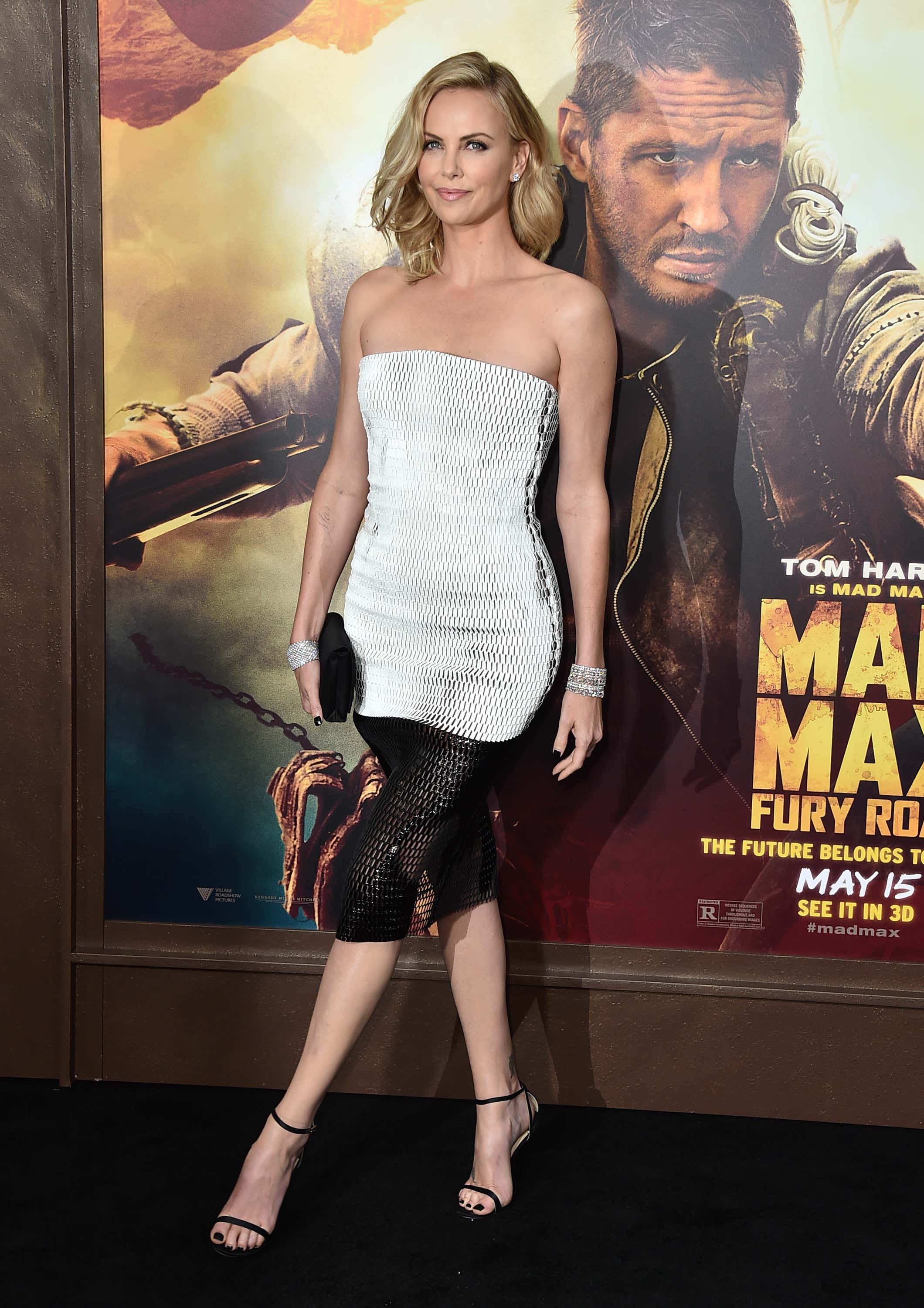 (Atomic Blonde Part 2 is in pre-production, by the way)

Some of these movies were box office flops that the critics panned while some made a ton of dough and garnered their fair share of accolades… But they are all movies I stop on when I am scrolling through the myriad of mediocre channels on premium cable.

What else do I know about Charlize?…

- She started modeling at a very young age.

- She was almost a professional dancer.

- She loves watching the UFC.

- She dated that tiny leathery troll Sean Penn for a while… Makes sense. 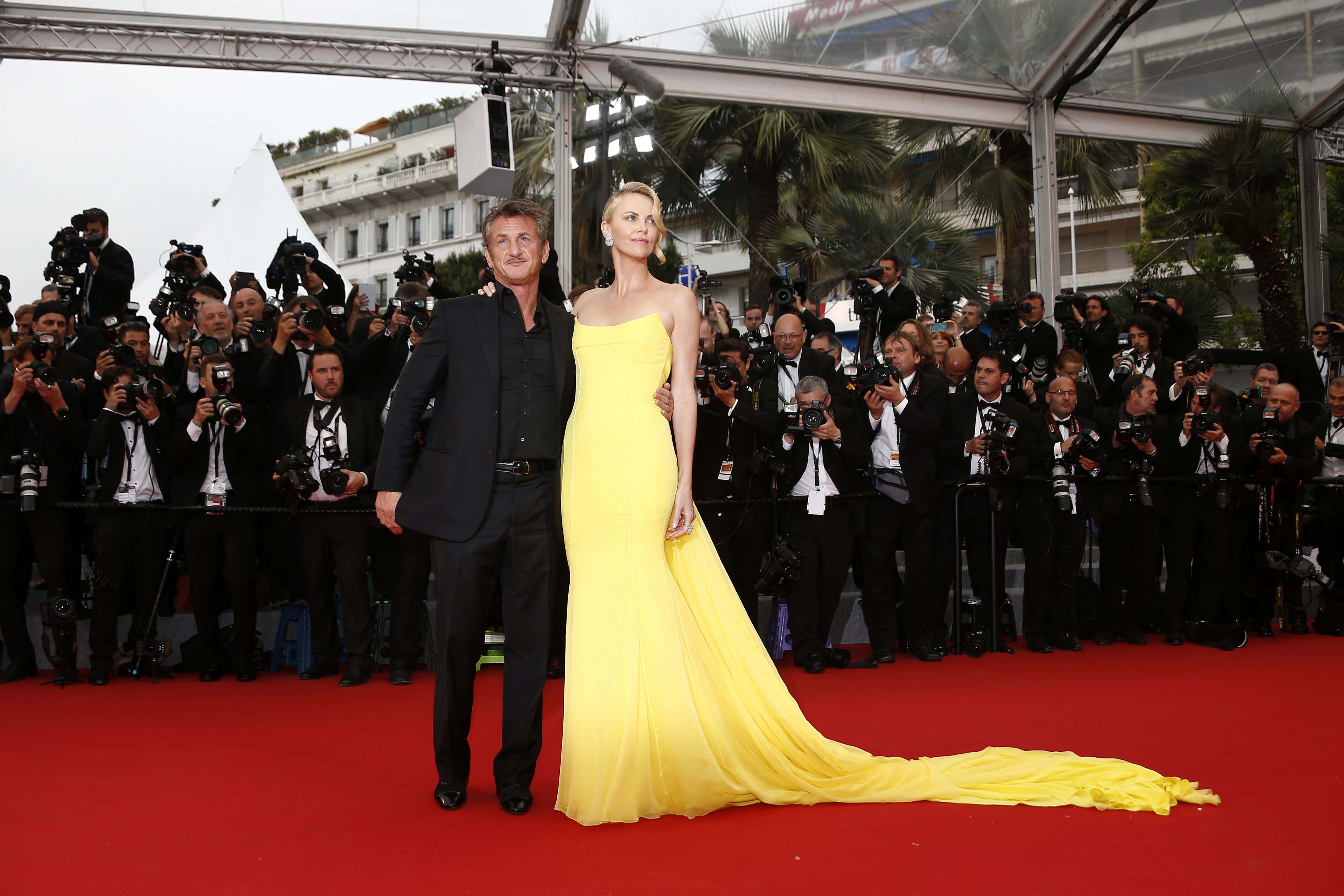 - She's not married but has 2 adopted children… One of which is transgender.

- She's been nude on film a few times, but unsuccessfully sued Playboy for publishing old naked pics of her in their May of 1999 edition. 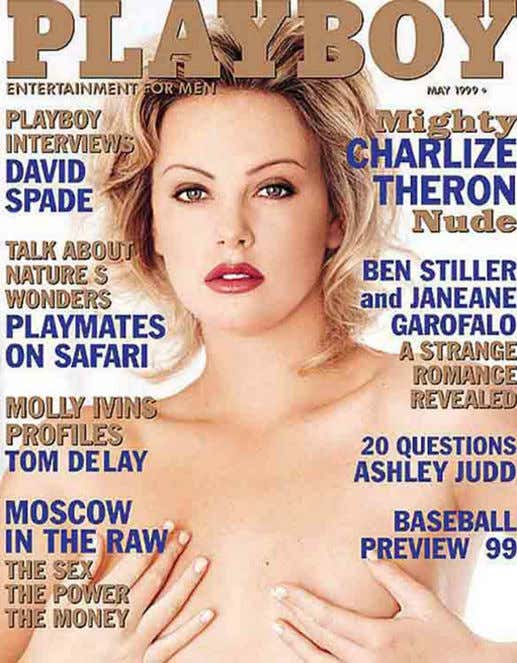 - She was once sued by Swiss watchmaker Raymond Weil claiming that Theron had worn a Christian Dior watch during a press event in 2006, despite being paid “substantial funds” to exclusively wear Raymond Weil timepieces during the time in question… The $20 million breach of contract lawsuit was settled out of court in 2008.

- She has a great sense of humor, which I think is best displayed in this clip…

And the last thing I know about her is that Charlize Theron had a fucking rough childhood.

I'll get right to it…

Charlize Theron’s mom killed the Oscar-winner’s father in self-defense, and the teenage actress was there to witness the horrible episode.

It was her dad's alcoholism that led to the incident in June 1991… So Charlize was only 15.

After a night of heavy drinking, Charles Theron returned the Theron household BOMBED out of his skull.  Charlize's aunt called ahead Charlize's mom, Gerda, to warn that her drunken husband was particularly agitated that evening, so both Gerda and young Charlize knew to expect the worst.

According to her mother's testimony, drunken Charles shot open the locked gate to their home and then did the same to the kitchen door… So he was blasting his way in as his terrified wife and daughter locked themselves in a bedroom.

Gerda told police that her husband began angrily banging on her 15-year-old daughter's bedroom door shouting that he was going "kill them both", and to show he meant business, Charles fired a shot through his daughter's door.

That was the last straw for Gerda Theron, who also happened to be packing some heat, so she fired back through the closed door and killed Charlize's father on the other side.

The shooting was legally adjudged to have been self-defense, and her mother faced no charges.

Actually, not THE END… Here’s a little fucked up add-on…

That same house became the scene of another grisly murder 21 years later when the new owner was tortured to death by a gang of five sadistic intruders who burned him with cigarette butts before suffocating him.

Anyhoo… I thought I knew everything about the lovely Charlize Theron, but I was never aware of these little murderous and macabre tidbits.

Perhaps she would rather not have this out there… And if so, I am sorry to bring it up.

But there are dozens of stories like this… Stories about celebrities whose parents died tragically.

We all know about Michael Jordan's dad, and I've mentioned on numerous occasions all the tragedy the Kelsey Grammer had to endure as a young man, but there are so many OTHER lesser-known stories (like Charlize's) that Vibbs and I were easily able to fill up an hour and a half podcast with them this week.

The Twisted History of Celebrity Parent Murders is live, and it is enlightening.

Give it a listen and take a report.

The presenting sponsor of Twisted History is 3Chi… And if you go to 3chi.com right now, just use the code TWISTED2021 at checkout for 5% off your order of Delta8 gummies, vapes, tinctures, and edibles INCLUDING a 50mg brownie that is not only delicious but will also get to higher than giraffe pussy.