I would hope you've heard by now but Barstool Chicago's golden goose joined us this week on Red Line Radio and it was nothing short of awesome. Jay Cutler is an objectively sweet dude and he spent close to a decade getting his brains smashed into the turf for the Chicago Bears. The fact he's maintained functional cognitive ability is actually impressive without any exaggeration or disrespect to the profession. He looks good for a guy who got his ass kicked inside and out for years.

Speaking of looks, can we talk about how much red Jay is seeing? 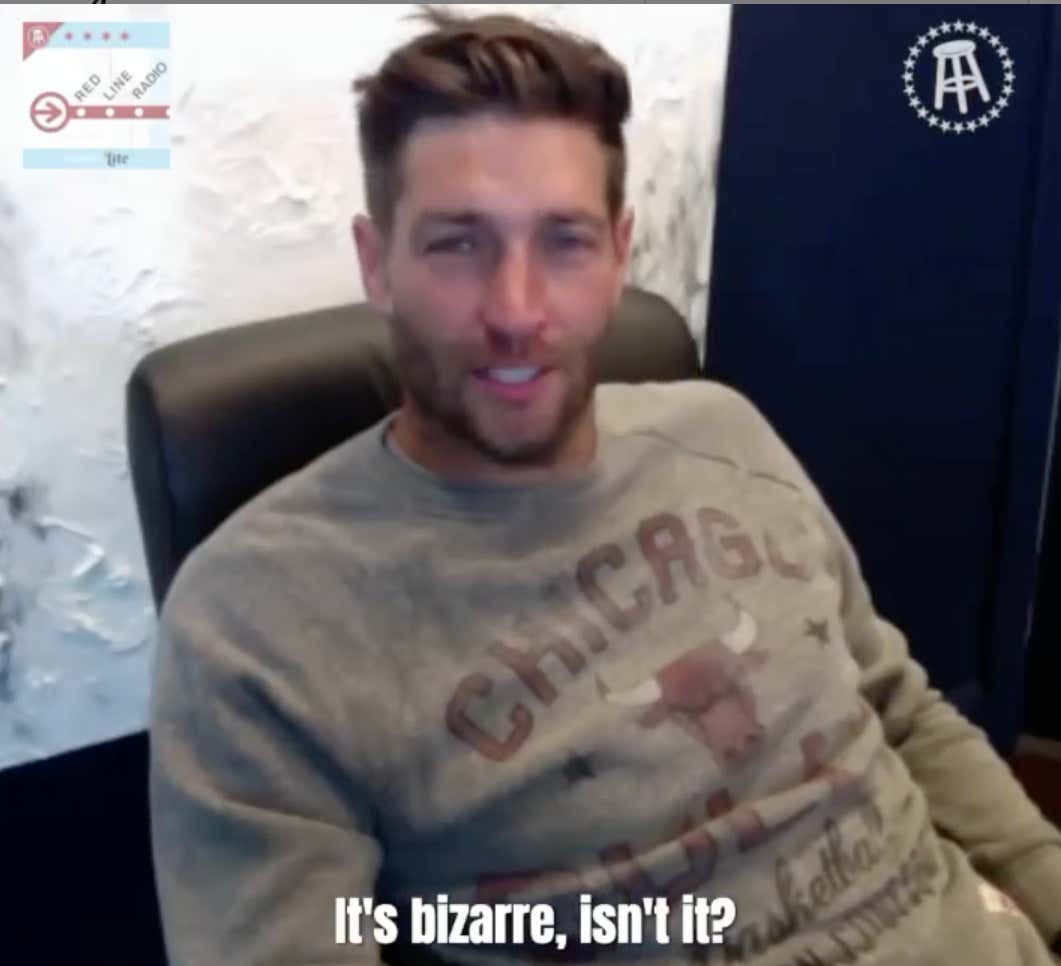 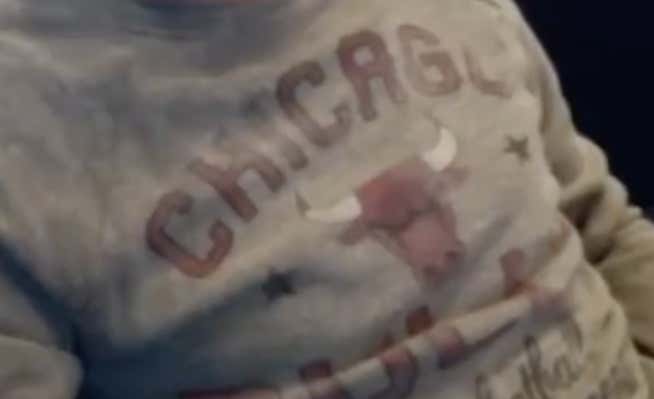 That's a man who knows his audience. Bulls are on the way up and people need to start buying into it. If it's good enough for Jay Cutler then it's good enough for me. And besides, he can find a window pretty much anywhere much less a championship window for the Bulls. Grip it and rip it fellas.

In other (related) news, it's funny to recognize that Chicago legitimately did a 180 turn on Jay Cutler the lat couple years. Nevermind the endless beatings and complete transparency with the media in the process. You don't like the way he took his helmet off and stared blankly into the Soldier Field south end zone upper deck following another sack on 3rd and long. You weren't alone either. Almost all of us including me were with you. And admittedly that was stupid.

Big picture I think the relationship perfectly captures the impatient and often unbearable pulse of a large, twisted fan base. We're damaged goods and that's putting it lightly. Jay was held to the same standard some boyfriends discover when they don't return a text in 10 minutes. Crazy to think we didn't give him more credit.

Maybe we can then consider it a learning experience. He straight up said Justin Fields won't live up to the hype year 1 and thats because it's impossibly large. Has literally nothing to do with the player and everything to do with expectations. On some level you can sympathize with the designated savior in this case. But it's actually calming to hear it from someone who's been there. We're better off keeping the bar low out of the gate. Fortunately I've got plenty of experience in that regard.

Finally: I feel compelled to leave a Cutler highlight video. I'm a sucker for a good montage. Damn shame he didn't end up at Illinois where he belonged.