For those who don't remember, Pope Leo XIII was the oldest pope (reigning until the age of 93 in the year 1903), and he publicly endorsed something called 'Vin Mariani'... Which was created in 1863 as a “medicinal” wine. 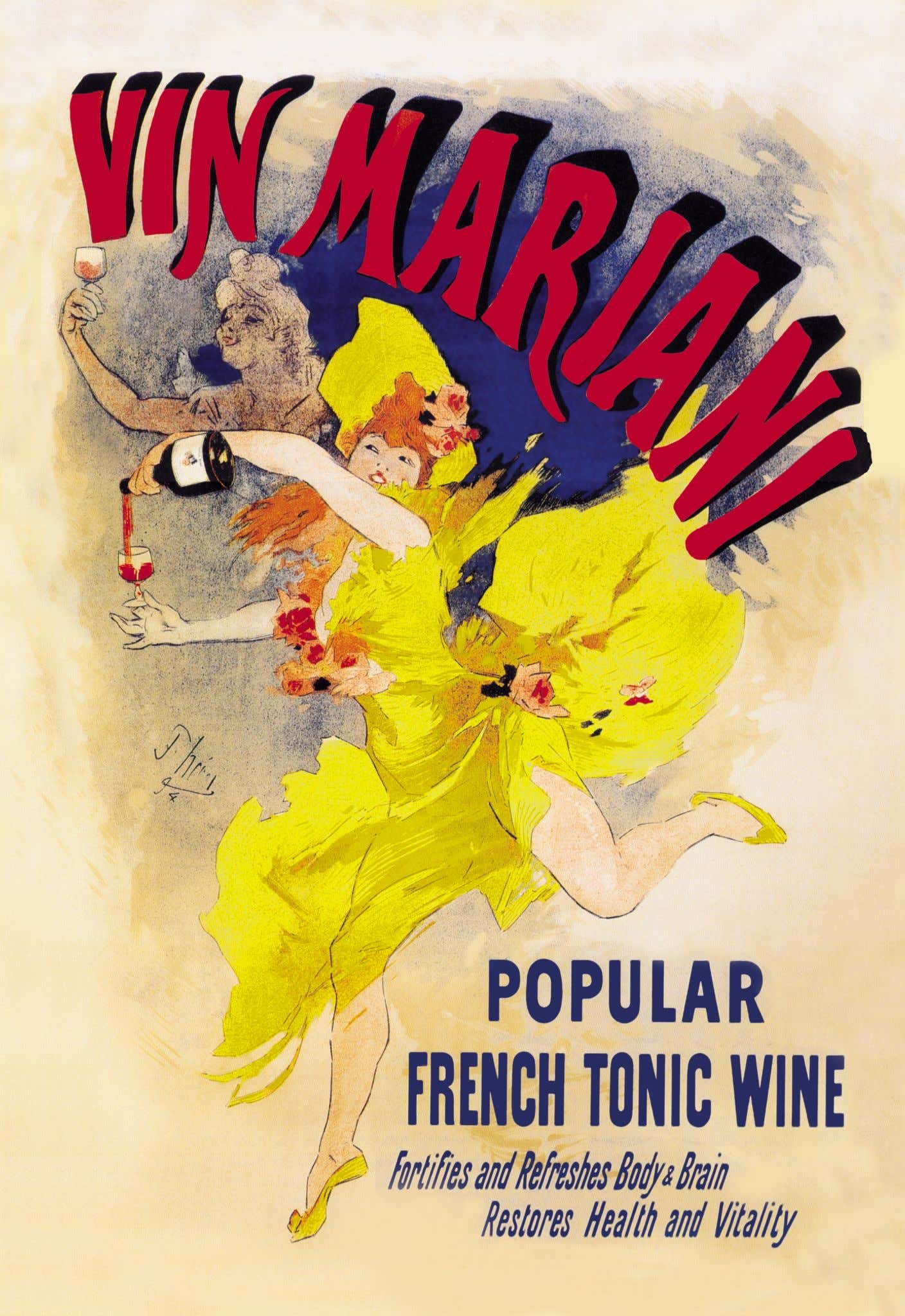 Leo loved this elixir so much, he carried a gold flask filled with it at all times to “fortify himself when prayer was insufficient,” and awarded the creator, Angelo Mariani, the coveted Vatican gold medal. 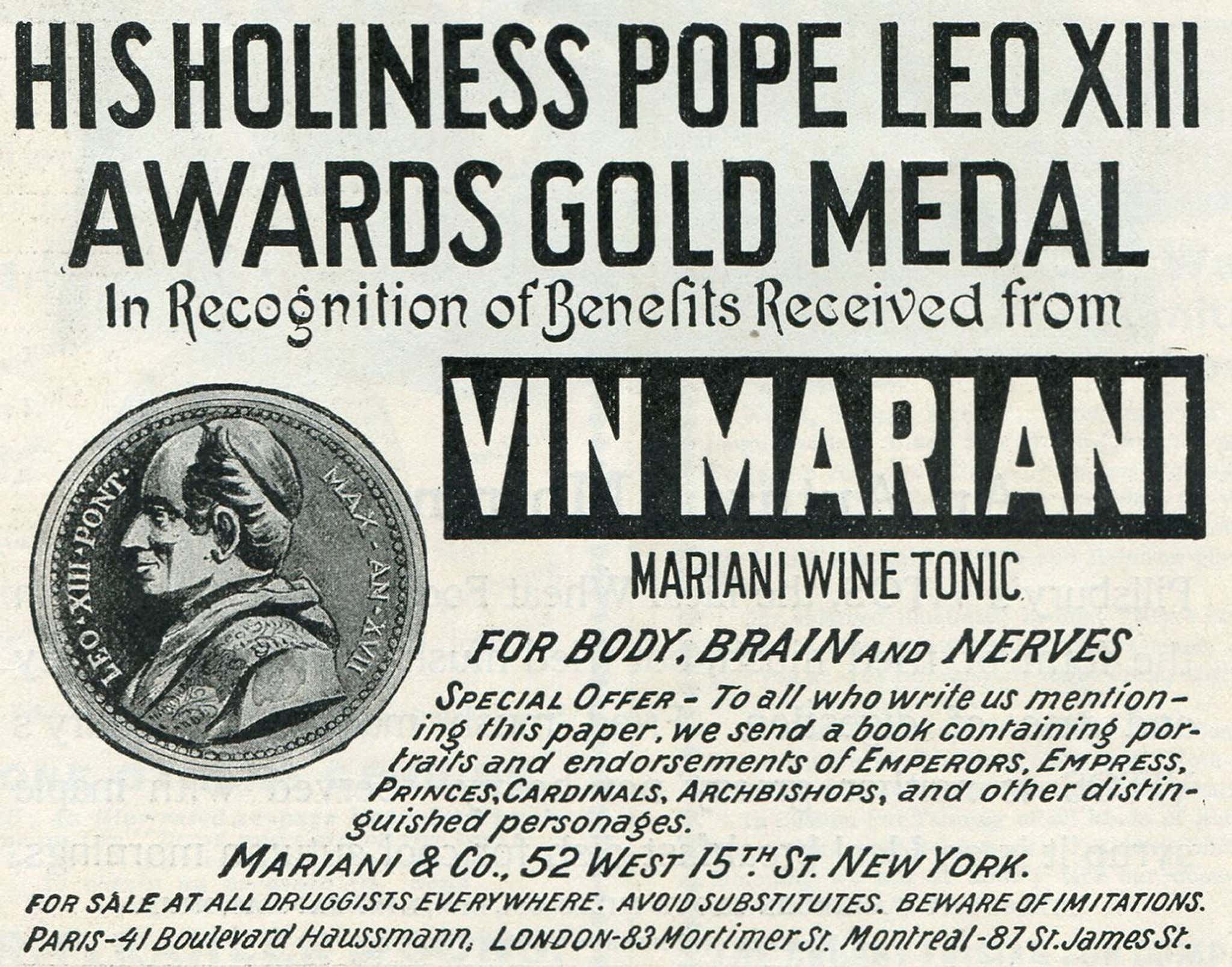 I cannot think of another ad deal like this, but Pope Leo actually appeared on a poster endorsing the wine which was promoted as a performance enhancer for athletes and creative people.

And it wasn't only Leo… Thomas Edison claimed it helped him stay awake longer, and Ulysses S. Grant drank Vin Mariani while writing his memoirs towards the end of his life.

But here's the secret to Vin Mariani's effectiveness- It was made of cheap red wine and not-so-cheap cocaine.

To be more exact, it contained 7.2 mg of cocaine per ounce of wine… Not exactly trace amounts of the Peruvian lady, but not exactly Rick James either.

By my rough calculations, you would have to drink maybe 7 cups of Vin Mariani in order to ingest the equivalent of a half gram of the finest uncut devil's dandruff late-19th Century Italy had to offer.

And to be fair to the good Italians at Vin Mariani, many medicinal elixirs back then contained marching powder because it was at a time before scientists figured out just how fucking dangerously awesome cocaine really was.

Unlike other elixirs, when Vin Mariani had to take the nose candy out of their product, sales of the now-cheap-wine disappeared… Unlike Coca-Cola, which also originally contained booger sugar but was able to survive even without the narcotic because of all the delectable sugar and caffeine.

Nonetheless, a pope did coke, and the latest episode of Twisted History is chock full of popes who did a LOT worse.

Give it a listen and take a report while I hit the men's room to "fortify myself since prayer is not insufficient.”