On this week's Podfathers we decided to get into self improvement by expanding our knowledge by starting a documentary club since I don't have the time or brain for a book club. In fact, we have a pretty strict rule that no documentary can be over 90 minutes since Dad Life barely gives more than 1.5 hours of freedom.

The first doc we tackled was The Last Blockbuster, which was not only about the last Blockbuster Video in existence but also the rise and fall of Blockbuster in general with stories from movie fans like Kevin Smith, Jamie Kennedy, and the bald dude from The League.

The most common misconception about Blockbuster's demise is that Netflix is the reason it died. But as we learn in the doc, the real issue (or at least as someone dumb like me understands it) is that Blockbuster was bought by Viacom who used it to offset debt as it bought up a bunch of assets to acquire Paramount. Who was one of the people trading Viacom during that time? You guessed it, the big fella!

What followed was the infamous economic collapse of 2008, which had Blockbuster in quite a pinch as they had racked up a bunch of debt (again this is my dumb brain saying what it think it saw). According to the doc, Blockbuster was actually pretty well positioned to battle with Netflix for years thanks to starting their own online rental business along with their brick and mortar stores that we love so much. However, the greedy people on Wall Street buying and selling Viacom are apparently the reason Blockbuster went kaput and a huge part of our childhoods is on life support in a small town named Bend, Oregon. So if you are ever pissed off about the lack of Blockbuster in your life, blame this son of a bitch as well as his ilk. 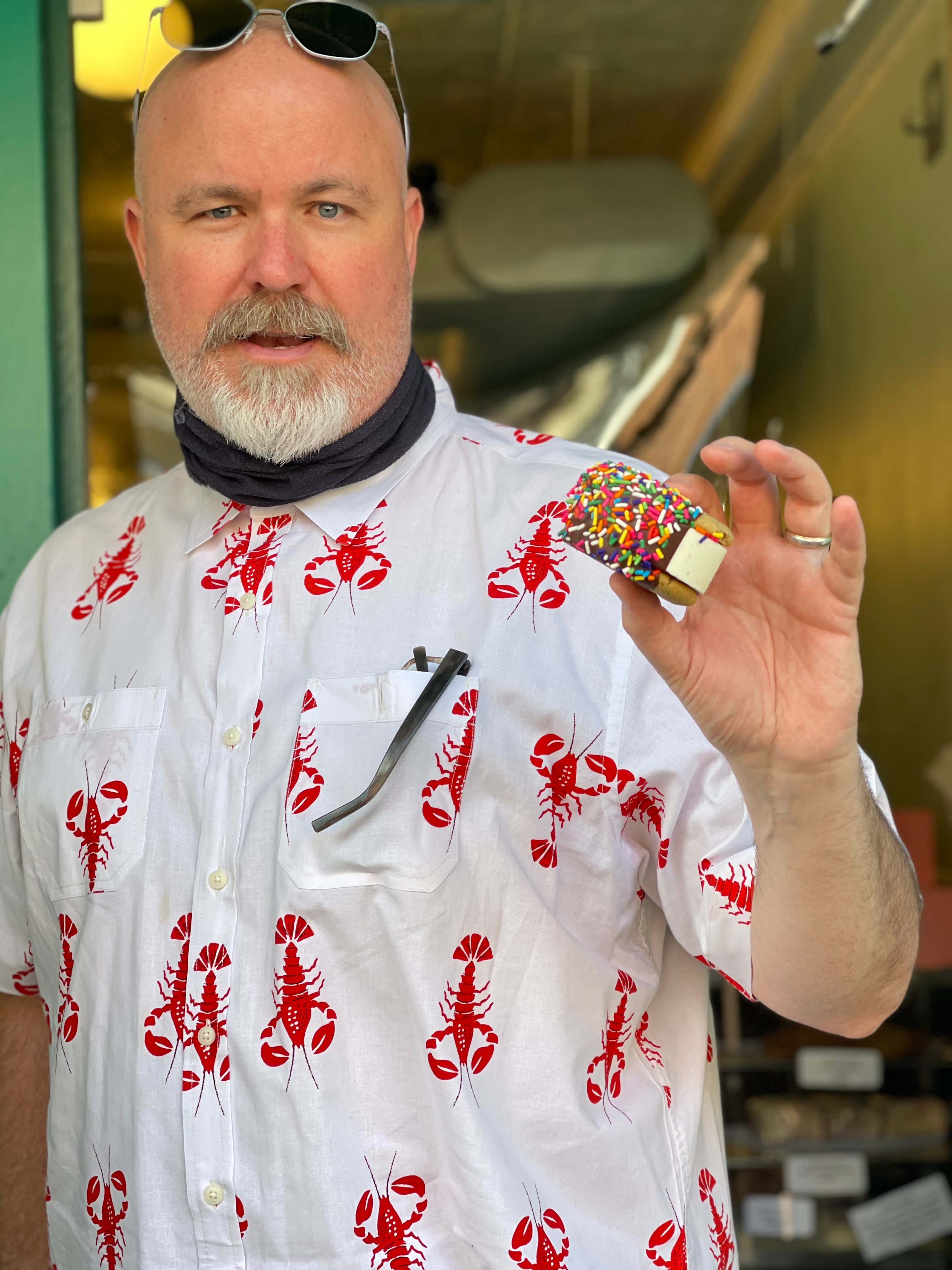 Blogger's Note: What an asshole, right? Make sure to tweet @ him "Thanks for ruining my childhood" if you were a Blockbuster fan without explaining why you are jumping in his mentions so aggressively

Large and I both gave the doc a solid B even though it could've been trimmed about 20 minutes or so. This doc may not play for kids who have no clue what the fuck a video rental store is. But for people who do, the memories will be so thick, they'll have to brush them away from their faces.

Speaking of memories, here are my Top 3 and Bottom 3 things that could happen to you at Blockbuster on any given night (unless you were hooking up with a Blockbuster employee behind the store, which would trump any of my Top 3). We'll start with the Bottom 3 since Barstool was built on negativity.

Bottom 3 Things That Could Happen To You At A Blockbuster

3. Being Told You Owe Late Fees

I wasn't exactly rolling in dough back in my early Blockbuster days. I guess I'm not exactly rolling in dough now as a smut blogger. But even less so back then. So being told you owe money for something you, or even worse a member of your family, returned late in addition to whatever you were about to spend on a movie was BRUTAL and could even cost you the chance to be able to rent a movie.

2. Your Parents Making You Compromise With Your Siblings To Rent A Movie

If your parents only brought a certain amount of money and needed kids of different ages, genders, and/or tastes to agree on a movie was basically impossible. I have 6 years between myself and the youngest in my family, so there wasn't exactly a wide net of content that would capture all of our interest. This would occasionally result in a hung jury which would result in my parents telling us they weren't renting anything, which would then lead to us renting some sort of safe kids classic like Hook or Jumanji.

1. The Movie You Wanted Is Sold Out

Driving to a Blockbuster only to find out they didn't have any copy of the movie you were dreaming of the whole way there was soul crushing. Doubly so if it was a video game because you knew that shit wasn't coming back for a while. You could settle on a fallback option for a movie and it could be a fucking masterpiece. But there was no way you would truly be able to enjoy it knowing you missed out on your first choice.

Top 3 Things That Could Happen To You At A Blockbuster

3. The Cashier Moving The Movies Behind The Security Metal Detector Thingies

It always seemed a little excessive that every Blockbuster had a metal detector like a goddamn airport. But that moment where the cashier took the tapes you just paid for and moved them to the other side of the security machine always gave you butterflies in your stomach because your Blockbuster Night was about to begin.

2. Being Told You Had A Free Rental You Could Use

The Blockbuster version of finding $5 in your pocket and the polar opposite of the late fee whammy that was an extra good feeling if you hadn't been to a Blockbuster in a few weeks so you were getting a freebie because of the amount of money spent by your parents or siblings.

1. A Movie You Wanted To Rent Was Sold Out But A Copy Was Returned While You Were Waiting

As I just said, there was nothing worse than having a sold out movie or game. But hearing that glorious sound of plastic case rattling into a plastic bin, yes the word to describe it is indeed glorious, and breathlessly running over to see if it was the movie you were hoping to rent before learning it was sold out is what I imagine it feels like to be brought back to life after dying. Pure bliss.

Also on this week's Podfathers:

- Embrace debate about which Marvel characters are circumcised, which Large blogged about here.

Support the show by supporting our sponsors!

Roman: Go to getroman.com/podfathers for your first month of swipes for just $5 when you choose a monthly plan

Simplisafe: Go to Simplisafe.com/podfathers to customize your system, get a 60-day risk free trial, and a free security camera

3Chi: Go to 3chi.com and use promo code PODS for 5% off your order of Delta 8 vapes, gummies, tinctures,oils that can be used to make homemade edibles, as well as cookies, brownies, and cereal bars