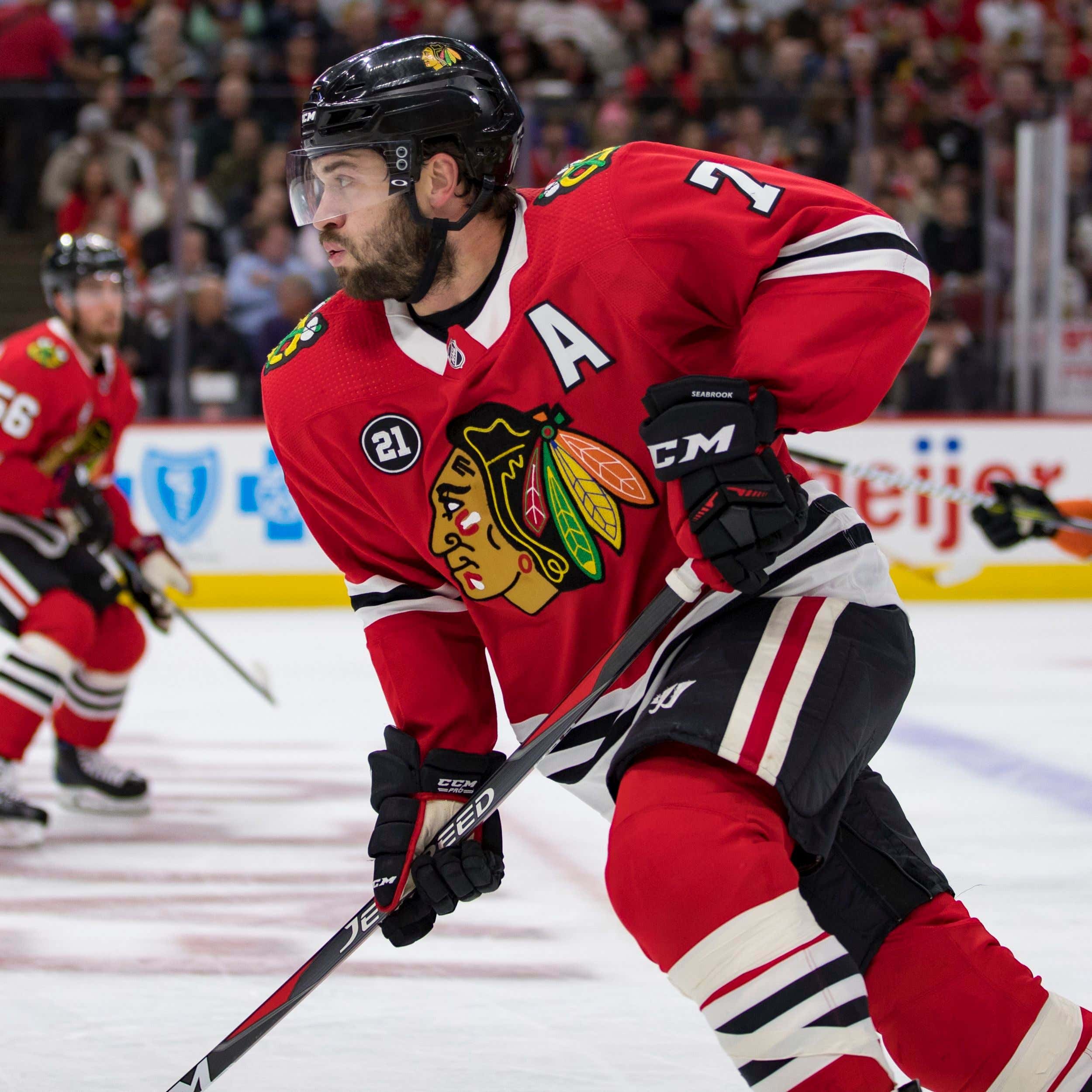 There's just something about #7 in the the red jersey that makes it stand up for me during the spring time. It's baked into the subconscious memories of my adult brain that you see Seabrook coming, you immediately think high stakes playoff game. 3rd period. Time's fading and the Hawks need a big play. Keith and Seabrook have been waging war for nearly 30 minutes a piece. Doc Emrick is fired up on the call as I torch another rally cig in a nondescript near-northside beer garden. In the history of being a young man in Chicago, it's hard to beat those summers.

Seabrook is one of the classic, timeless faces from that dynasty and we're delighted to have him on Red Line Radio this week alongside Chief and former teammate Scott Darling (his, not mine). Not to be a pussy but pretty fucking sweet how far the show has come that Seabs and Chief are chopping up like a couple of buds. If you're not on it, get there please.

Elsewhere I get into my beloved Illini this week where I take it on my massive chin because that's what grown ups do. We don't run and hide from the truth. I got smoked by Loyola and I owned up to it this week. Hard.

Am I happy? Absolutely not. But there's ways we can get through this together, and I'd like to throw this podcast's proverbial hat in the ring. Give it a listen if you want to commiserate before getting a double dose of nostalgia from some world champions.

After that you might stick around for desert. This week we're serving Chicago Bears Barf with a side of the Cubs prospect smuggling in 21 pounds of meth. Absolutely loaded show top to bottom but mostly in the middle when Seabrook joins. You guys should seriously give it a listen so I can shut the fuck up about it already.