KMOV- An argument over a Netflix password lead to a stabbing in St. Louis overnight. Police were called to a home in the 600 block of North Kingshighway just past 5 a.m. Saturday. A 50-year-old man told detectives he had got into an argument with his nephew after he tried to steal his Netflix password while he was asleep. During the dispute, the nephew grabbed a kitchen knife and sliced the 50-year-old's nose. He ran off before officers got there.

Large and I discussed this story on the podcast carefully placed at the top of this blog for your listening enjoyment but I'll break it down in written form for the hearing impaired. As an admittedly big pussy, I'm not one for any sort of violence. I would rather hash things out with a big ol' hug instead of fisticuffs. But what kind of example is this uncle setting for his nephew? Sharing is caring and caring is the only thing getting us through these fucked up times we are living in.

Is it really such a big deal to give your Netflix password to your own flesh and blood? It's not like you are giving a kid your Amazon password that would give him access to your credit card as well as wonderful Prime shows like The Marvelous Mrs. Maisel (which Large's wonderful daughter is currently starring in). Sure there is a chance his viewing choices may fuck up the algorithm and have you flooded with a zillion true crime series that you have no interest in. But that's what multiple user profiles are for. I'm a grown ass man with a mortgage and two kids. Yet I still use my parents' Netflix password. Not because I have to. But because I know they want me to be happy and despite what Hollywood may tell you, money = happiness. They also probably don't even know that I still use their Netflix, but whatever.

I'm not saying a chunk of nose is an eye for an eye even exchange for a Netflix password. But good luck trying to find a jury where at least one of the person isn't sympathetic toward the defendant because they are using the Netflix account of a relative (Also I have no idea how you steal someone's Netflix password when they are sleeping unless the uncle is one of those Olds that writes all his passwords down. You know the kind of people I'm talking about). 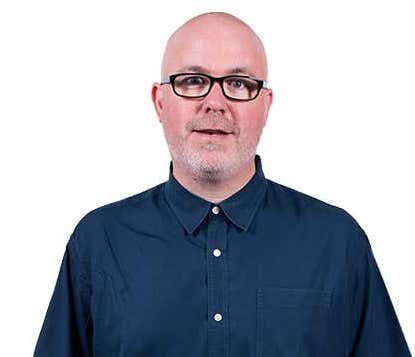 Also on this week's Podfathers:

- 7-Eleven is adding a drive-thru option

- We open the mailbag with questions about whether or not kids are just dicks and how long you have to lie to your kids about a giant bunny leaving candy-filled eggs behind.

Support the show by supporting our sponsors!

3Chi: 3Chi.com promo code PODS for 5% off Delta 8 vapes, gummies, tinctures, and oils that can be used to make homemade edibles.

Better Help: BetterHelp.com/Podfathers for 10% off your first month of therapy.