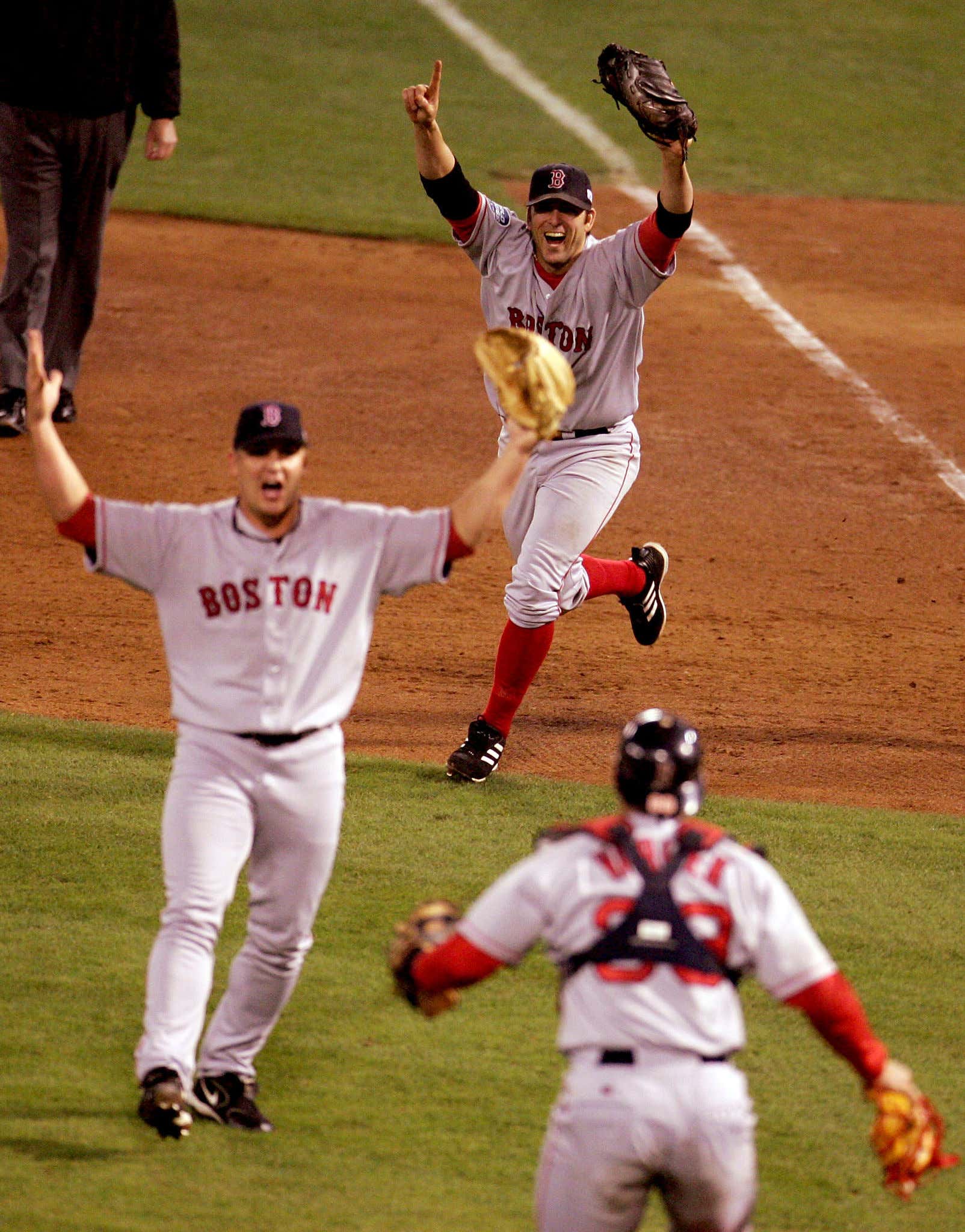 If you're a Red Sox fan, you've heard the story. But do you know the whole truth behind this urban legend? Maybe, maybe not.

Section 10 has been on a heater the last five weeks with Alex Cora, Dustin Pedroia, Chaim Bloom, Dan Duquette and now Doug Mientkiewicz, and the Mientkiewicz interview lived up to the hype. I was in high school when the Red Sox won the World Series in 2004, and that was during a time when there was no Twitter, no podcasts, nothing of the like. If you wanted Red Sox news, you'd have to wait for it in the newspaper or read about it on Boston Dirt Dogs, which featured a bunch of news clippings.

It was in the newspaper where the Boston Globe printed a story that implied that Mientkiewicz was pondering selling the 2004 World Series final out baseball to put his kids through college. There's only one problem, though. Mientkiewicz didn't have any kids at the time. It was a tongue in cheek comment. As you're well aware by now, there was a ground ball stabbed by Keith Foulke, he underhanded it to Mientkiewicz at first and for the first time in 86 years, the Boston Red Sox were world champions. But what happened to the baseball?

As the myth goes, Mientkiewicz was the first baseman who squeezed the final out and then the ball was not given to the team. He kept it and held it hostage because he wanted it for himself. The Red Sox tried to get it back and he wouldn't give it up, so the team sued the World Series champion first baseman over it. Mientkiewicz was villainized in the process, received death threats upon both himself and his wife with some assholes going as far as to reporting back to Mientkiewicz what his wife was wearing that day and threatened that she would not be returning home. Over a damn BASEBALL. Come on, people.

Later in the interview, Mientkiewicz said that if Lucchino had simply asked for the baseball the night that the Red Sox had won the World Series in St. Louis while it was in the process of getting authenticated, the first baseman simply would've just handed it over, no questions asked.

If Mientkiewicz's story is believed to be true, which I'm not sure what his motivation would be to lie all these 17 years later, then it's hard to blame him for the events that transpired in the aftermath. He wasn't asked for the baseball up front. He was asked for the baseball at a time when a baseball wasn't of any importance to him and his family. He later tried to get the Jimmy Fund some money, and was essentially told to fuck off for his efforts, so he forfeited what he thought belonged to Red Sox fans and gave it to an institution that would allow Red Sox fans to see it.

It sucks that it's taken all these years to finally hear the story that clears his name as this ball-hogging, history hostage taker. We had him on for over an hour, and you can listen to the full interview on iTunes and Spotify below!