The headlines today are all Carson Wentz to the Colts, and rightfully so, but this is important too:

The salary cap floor was not a huge surprise, given it's dictated off of revenue and there were a ton of empty seats in stadiums this past season. If the NFL is projecting regular attendance at games, it could creep a lot closer to the $198.2M salary cap it was in 2020, but we won't find that out til much closer to the season. The below is a list of teams in the most trouble given the news today: 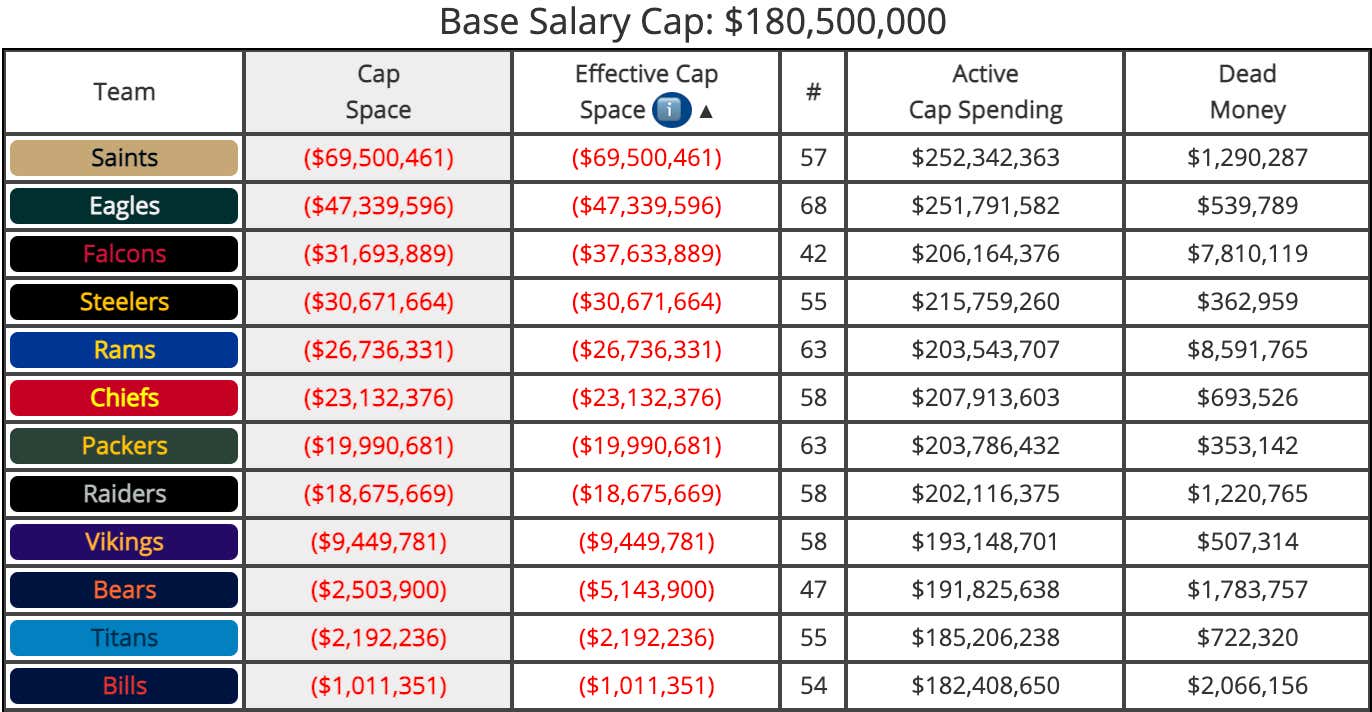 The other 20 teams in the NFL have a bit more financial flexibility. The Saints still are in AWFUL shape and are way over the projected salary cap. P.S. - Thank you Drew Brees. The gift that keeps on giving. Even after a restructure, $22.65M of dead cap via Spotrac.

A lot of Saints stans are at my neck citing GM Mickey Loomis will find a way to throw their cap problems over the fence again and maybe he will. But do you really want to delay more cap hell in years where guys other than Taysom Hill or Jameis Winston is under center?!

This will impact some key veterans with the above teams potentially cutting a few mainstays, but it'll also be interesting to see how the cap impacts some impending free agents. We had one of the crown jewels of the class, Aaron Jones on the Going Deep podcast this week. Give it a listen wherever you listen to pods: