The Saints lost to my Buccaneers on Sunday and Michael Thomas finished with a stat line of:

He was completely shut down by Bucs CB Carlton Davis who was trolling Thomas after the game:

Around the same time, Thomas, who was clearly frustrated by the loss, tweeted out this only to quickly delete it: 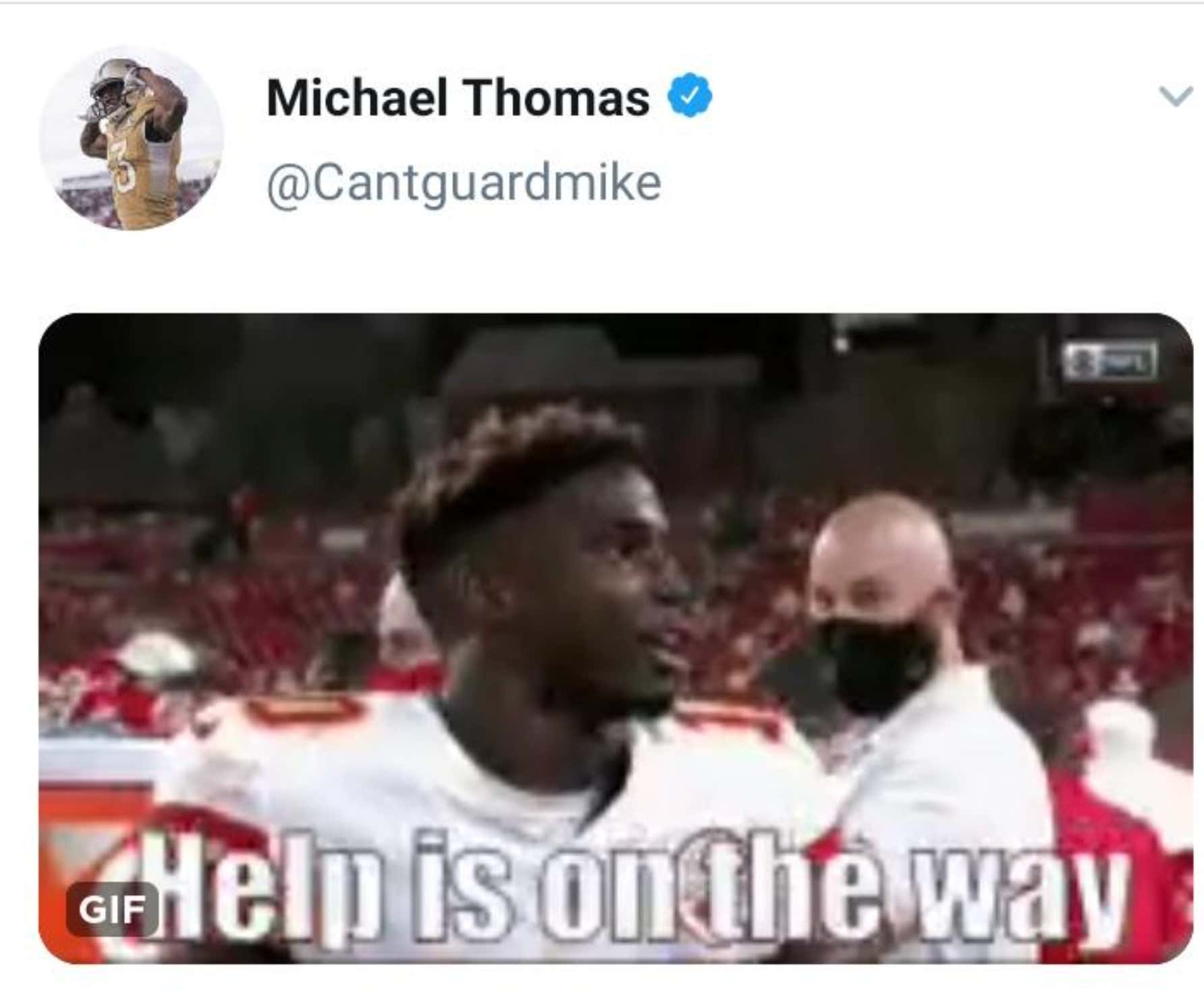 There have been rumblings that despite Thomas signing a 5-year $95.25M deal in July of 2019, Thomas could be moved by the Saints. On our old friend Pat McAfee's show, Ian Rapoport said:

"I would not rule anything out. I don't think anything is imminent…It was a tough year, I think for all parties."

"He is an awesome player, but he is… a different dude, he is intense, he is competitive, he is a perfectionist. Like most freakazoid, amazing athletes, he is a different dude. So I don't know. I would say they probably would not trade him, but again, similar to Deshaun (Watson), I would imagine teams will go, 'okay, maybe they weren't that happy, let me see what's going on.' That's what happens a lot."

For context, the NFL Salary Cap is expected to be ~$179M for the 2021 season. At the moment, the Saints are a projected $105M OVER the cap for next season. 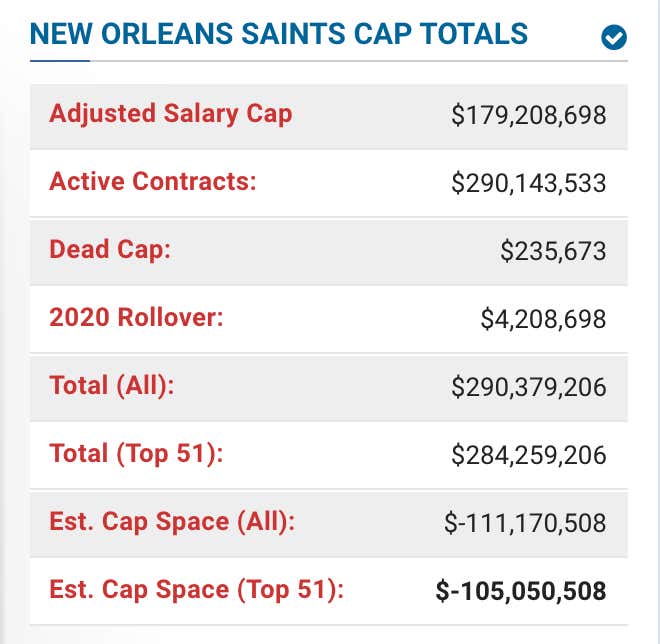 Drew Brees' retiring helps, but not that much. Instead of taking up $36.15M of cap and playing, his contract will result in $22.65M of dead cap. 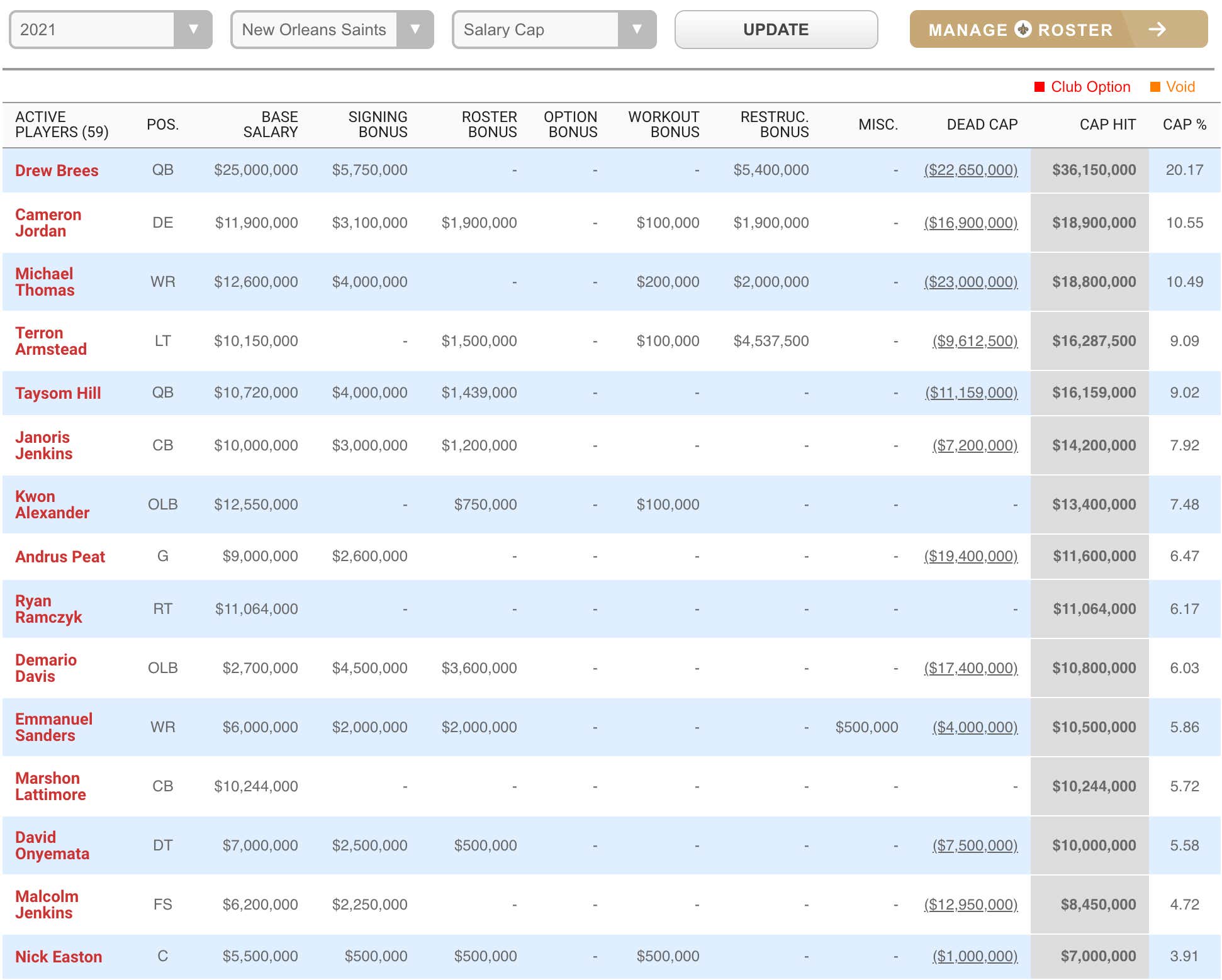 They've got a ton of personnel changes they'll have to make, but Thomas represents an $18.9M cap hit for next year if he's on the Saints. If he's traded after June 1st, it would open up $12.8M of space for their 2021 cap.

We've also got two NFL personalities, ProFootballTalk's Mike Florio and Move The Sticks' Daniel Jeremiah that have both suggested this week that a potential landing spot for Thomas would be the Jacksonville Jaguars citing his relationship with new Jags HC Urban Meyer who recruited and coached him at Ohio State. The Jags also have the most cap space in the league and have multiple picks in the 1st, 2nd, & 4th rounds for this upcoming draft.

Just something to keep an eye on and we do touch on that in this week's Going Deep podcast which is probably our biggest episode ever. We have Hall of Famer Barry Sanders on as well as $Penn shareholder, Packers RB Aaron Jones. We preview the Conference Championship games and ponder Deshaun Watson's next destination and what's next for the Saints. Check it out here: Apple, Spotify