Benedict Arnold became synonymous with the term traitor after selling out to the British during the Revolutionary War, but was he the biggest traitor in American history? No.

After George Washington, Benedict Arnold was the 2nd most successful general in the revolution.

Benedict Arnold got his lower leg obliterated to a pulp while leading a crucial charge for the Americans at the Battle of Saratoga. Afterward, General George Washington gave him such a great letter of recommendation, Arnold should have been able to do anything in the Continental Army. Unfortunately for Arnold, he was an absolute ass hat to everyone around him. Being an insufferable fuck wad caused him to get passed up for promotions, leading him to snap, and switch sides to support the Royal Army.

Prick? Yes. Traitor? Yes. But not the worst.

The real American villain? Not Benedict Arnold, not LeBron James, but General William Hull. General Hull holds the title as the only American military general to be tried on the terms Cowardace and sentenced to death by a firing squad.

The War of 1812 started when the Brits began taking American sailors prisoner on the Atlantic Ocean and forcing them to join the Royal Navy. America was rightfully pissed, but the United States also used the event as an excuse to push the agenda overtaking and claiming all of North America

The Brits were so tied up in European wars that British owned Canada was poorly defended and prime for the taking. BUT, America would never get to one-day claim rights to Steve Nash and all the maple syrup because of William Hull's cowardly mistake of surrendering a key strategic base, Fort Detriot, to a much lesser army of British and Native Americans.

William Hull was a general who had fallen ass-backward into every military promotion since the Revolutionary War, and now thanks to some smoke and mirror tactics by the Native Americans, Hull was led to believe the fort was being encircled by a much larger army and prepared for annihilation with the general's own family behind the walls of the defense.

While you can argue Hull was looking out for the safety of his own family and troops, laying down your weapons and surrendering an incredibly well-guarded strategic keystone before ever putting up a fight goes against leading a military during wartime. For completely pussing out before the going got tough, General William Hull was accused of Cowardice and viewed as a traitor. A court sentenced Hulls to death by firing squad, only to be pardoned at the last minute by President James Madison. 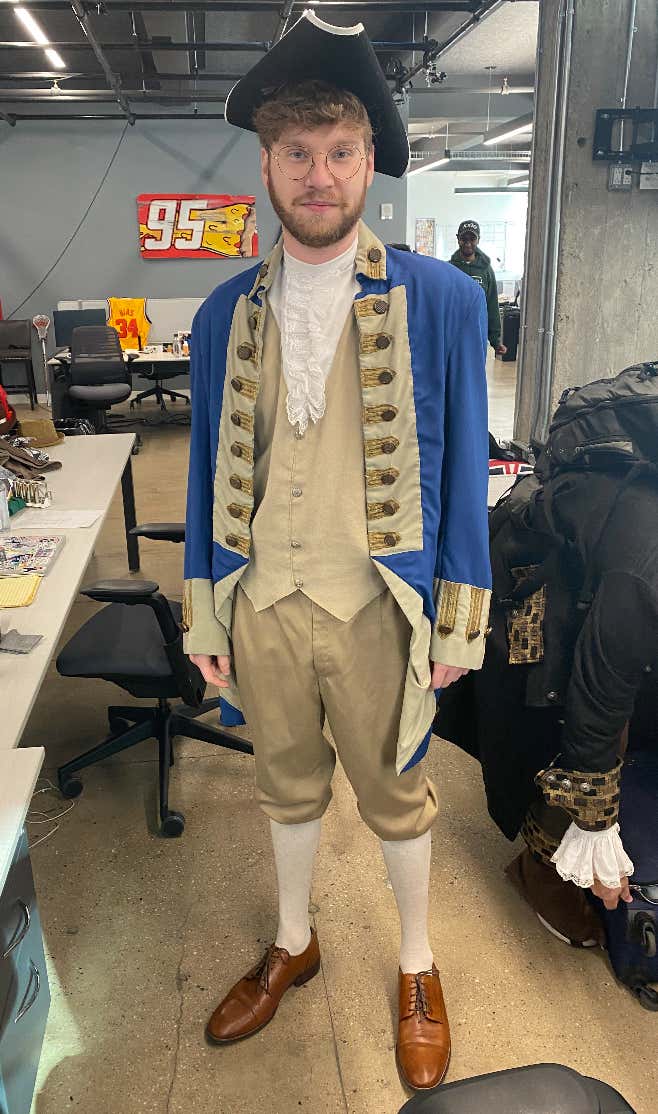 Benedict Arnold was a traitor, but he was also an American war hero. If you really want to insult a traitor WHILE telling them they're a pussy … call them a William Hull.

Listen to Twisted History with Large and I, new episode every Wednesday …