One Soldier certainly seems to think so.

It is no secret that the military has a love/hate relationship with car dealerships. This isn't just an internet meme about 18 year-olds buying 2020 Challengers at 28% interest, it is an actual problem the military deals with. 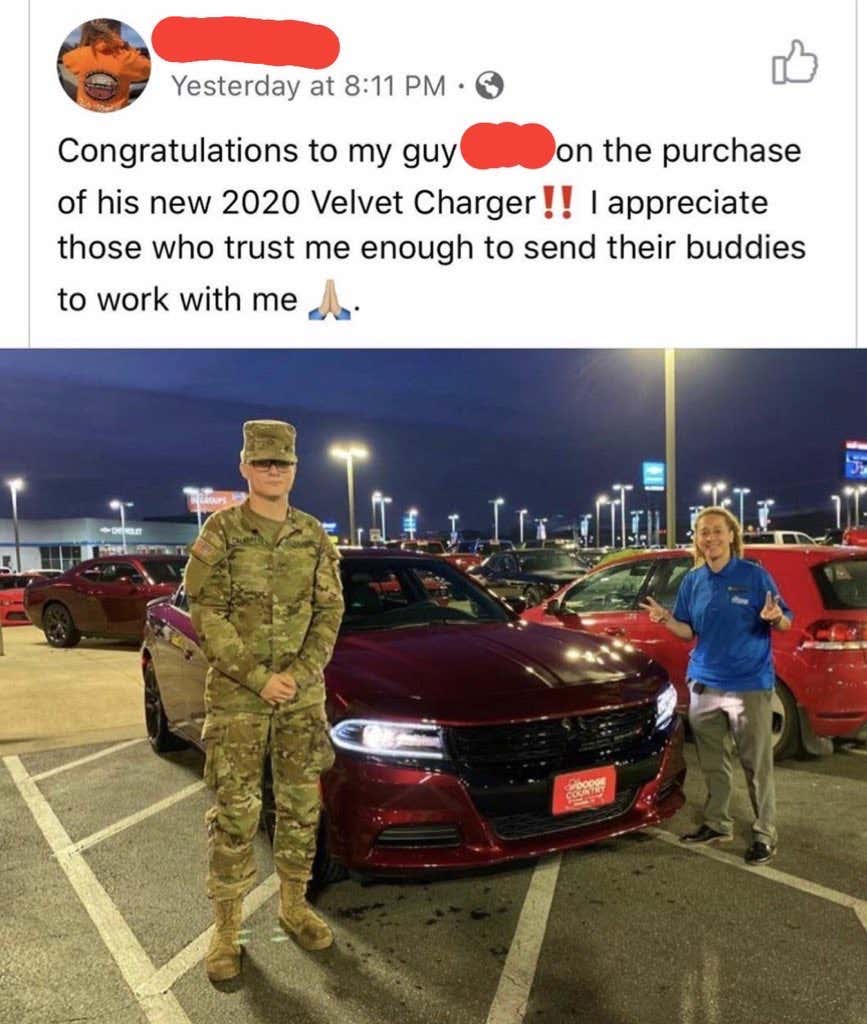 If I had to guess, he got a 96 month loan with payments near $750, making this a $70,000 car and it will be sitting idle in a barracks parking lot because he can't afford the insurance and gas.

So when we saw that an Army Major was suing Norm Reeves Honda SUPERSTORE and comparing them to ISIS, we thought it must be over something truly dastardly. To be honest, what it was over took us aback, but you're gonna have to listen to find out.

ROUND 1: With the 30k Marines currently in quarantine in preparation for a large-scale training exercise in the Pacific, we were reminded of the classic lie from lots of recruiters. See the world, they said… The ZBT gang shares where the military has taken them across the country & around the world.

ROUND 2: There’s a notorious relationship between the military & off-base car dealerships, and keeping with that theme we’ve got an Army soldier who’s been locked in a battle with Honda over a very small amount of money.

ROUND 3: A military helicopter was on a routine training mission when it was shot at from the ground over Manassas, VA, injuring one of those on board. Scary stuff.

ROUND 4: Shifting gears now, a Soldier tried to steal car in Germany but was thwarted not by the cops, but by a stick shift

ROUND 5: FIRE WATCH - We’ve found one of the most obnoxious men in the military on a Reddit post & look forward to shaming & giving him the worst firewatch shift for the weekend

ROUND 6: Grab the mops, babygirls. President Trump wants to get you WET.

Round 7: A classic question of right or wrong. Some sneaky folks in Washington State are up to no good…. Or are they?