Tennessee Titans offensive linemen, Isaiah Wilson & Jamil Douglas, join The Boys for today's episode. Will and Taylor kick it off with a deep dive into Isaiah's college recruiting experience (spoiler: he had 40+ offers) and dig into his short time at the University of Georgia as well as some childhood experiences growing up in Brooklyn. This turns into all The Boys revealing which schools they would've signed with if they could do it all over again.

Then, on a more serious note, a constructive conversation forms surrounding the Black Lives Matter movement, George Floyd, Colin Kaepernick, Robert Fuller, and how important it is to have difficult (and sometimes uncomfortable) conversations to shed light on what it's truly like to be a minority in America.

Next up, Taylor and Will break down the viral video of Isaiah's mom at the 2020 NFL Draft, Jamil opens up on his path to joining The Titans, and all of The Boys give Isaiah advice on what to expect as a rookie in the league.

Good laughs and deep conversation in this one. The Boys do it again! Enjoy!

CALLING ALL TIERS: Level up with some merch from our shop and show how #fortheboys you really are:

Did you catch last week's episode with Titans stud wide receiver, AJ Brown? The boy did NOT disappoint:

And if you're REALLY for the boys, you already know about our hot little BTS vlog series, Under The Hood. Here's the latest episode: 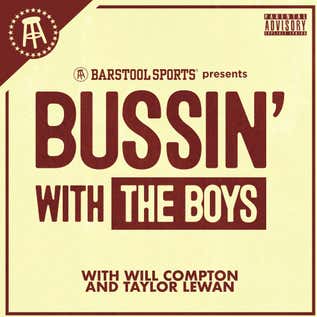