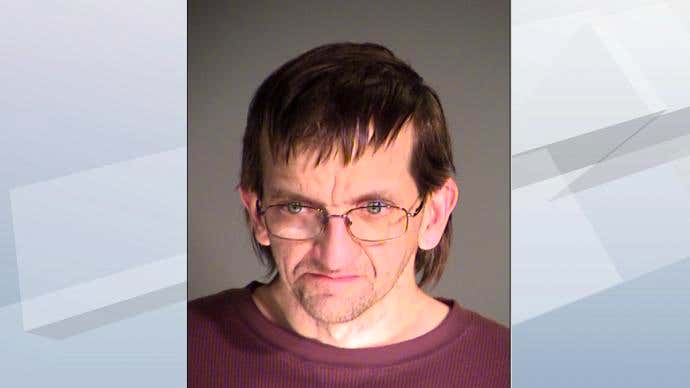 It's WTF Wednesday - 100% of the stories submitted by the Hardo Hive.

-First up comes a story from Garrett from Iowa: You want to hear the biggest lie of a headline ever? "A Kentucky Mayor found traces of blood and a bag of womens clothes before finding a woman who was 'hiding from someone' and living in his cellar." I'm not a detective, but maybe the Kentucky police should take a second look here.

-Fast Food chain Wendy's ran a 4-piece-nugget give away last week called "Group Nug." Naturally the promotion served as a sort of a mating call for Juggalos everywhere including Skweezy Jibbs, who traversed two states and countless miles to stock up on free nuggs.

-Oldie but a goodie from Tino Andreatti: Last month a hammered Washington state man found himself in a high speed police chase after he had enough Early Times whiskey to think it was time he teach his Pit Bull to drive. After disabling the man's 1996 Buick with spike strips, officers approached the car to fine that the man's canine had been driving the whole time.

-From our UK correspondent Andrew Parker: Some clever criminals thought it a wise idea to smuggle £1m of cocaine into the UK by hiding the contraband in face-masks. Lucky/Alert is the customs agent that figured out this caper.

-From @SloppySeconds30: Wisconsin man Michael L. Miller has been accused of using stolen underwear to set several fires in the his county. He must have stolen a lot of underwear because he is facing 27 total counts including arson, burglary and possession of child pornography. Never has a mugshot matched expectations so thoroughly (see above).

These stories and more...