Any Mets fan, or to be honest baseball fan, worth their salt instantly sniffed out that headline as being exclusively about the Amazins as KFC and I started filling out the Mets Misery Madness bracket since what the hell else are we going to do during this baseball season in pandemic purgatory? 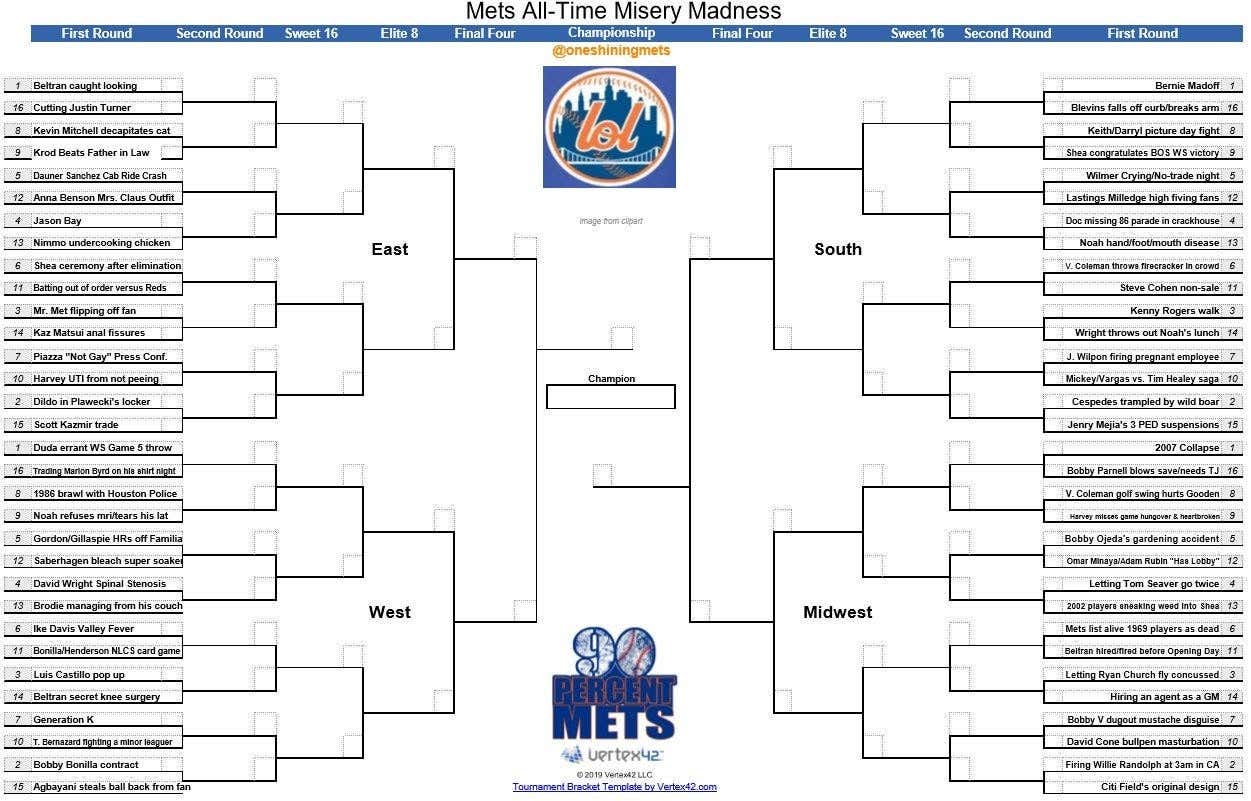 There was so much bullshit to wade through recapping this misery that we only made it through most of the East bracket. But that's not to say we didn't dive deep into some chaos. We popped open some Coors lights and discussed:

- The saga of Kevin Mitchell and whether or not he actually decapitatted his girlfriend's cat.

Anything is possiblllllllllllllle!!! I know finding out this fact doesn't change anything about the countless fuck ups in Mets history. But as the saying goes:

We also kicked back with some ice cold Coors Lights and watched the virtual Mets take on the virtual Nats in MLB: The Show because any baseball is good baseball right now.