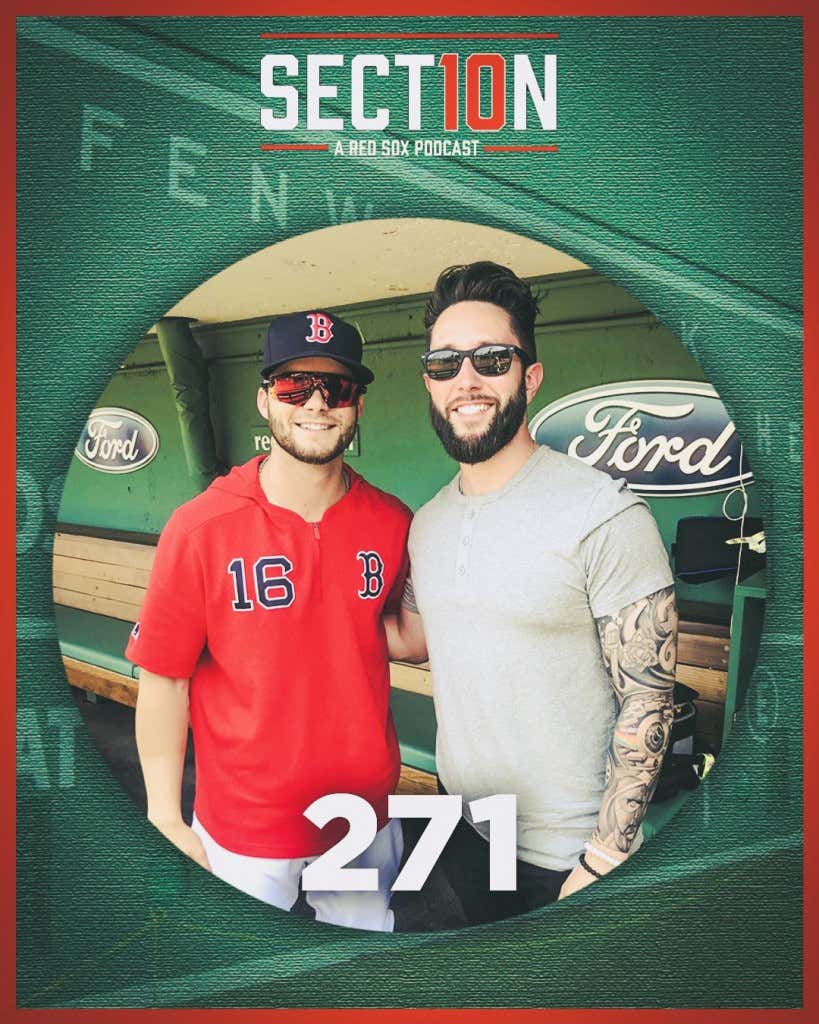 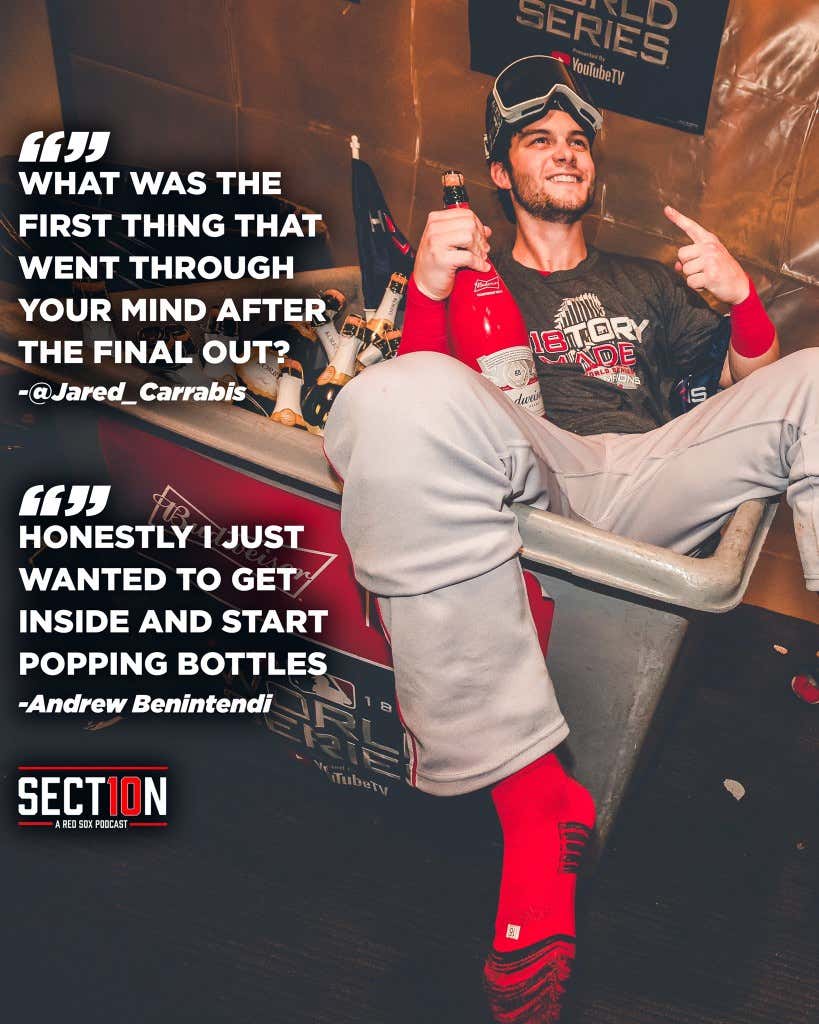 Andrew Benintendi makes his Section 10 debut today and it’s a gem. We talk the end of the Eduardo Nunez era, how significant a move it was for the Red Sox to add Andrew Cashner and recap the series with the Dodgers. Then we get to our Andrew Benintendi interview where we talk his nicknames and which one he hears the most in the clubhouse, the epic catch he made in the ALCS, his favorite moment of the 2018 postseason that wasn’t that catch or the final out, how frustrated he is over his current season, favorite moment from the parade, power ranking the drunkest players at the parade and much more. Enjoy!