It was quite a week on CCK. From Stanley Cup Finals drama to NBA Finals to gaycations to… who knows. But most importantly, the love letter saga continued.

After the diabolical reading of Keebler’s letter (which by the way is currently being framed for the studio because people don’t forget), a girl named Kelsey reached out on Twitter.

Now, this isn’t the first time that I’ve been hit on by a girl. I think ALL girls have been hit on by girls at some point in their lives. But it’s definitely the first time content has come out of it. I’m on the record as being 100% straight, but every girl has a little bi-curious in them (science or something), so I figured why the hell not. Call me crazy, but people sending me love letters for the sake of content isn’t the worst thing of all time.

So I sent Kelsey the address to HQ and off we went.

She told me she lives two hours outside of St. Louis and wanted to take the day off to hand deliver the letter to the guys who were there for Barstool Radio #ForTheCup. I told her that was unnecessary, but she insisted that a four hour round-trip to see the boys in action AND make sure my letter was in safe hands was worth it. I told her to find Feits, Frankie or Dave and the letter would get safely back to my loving arms. 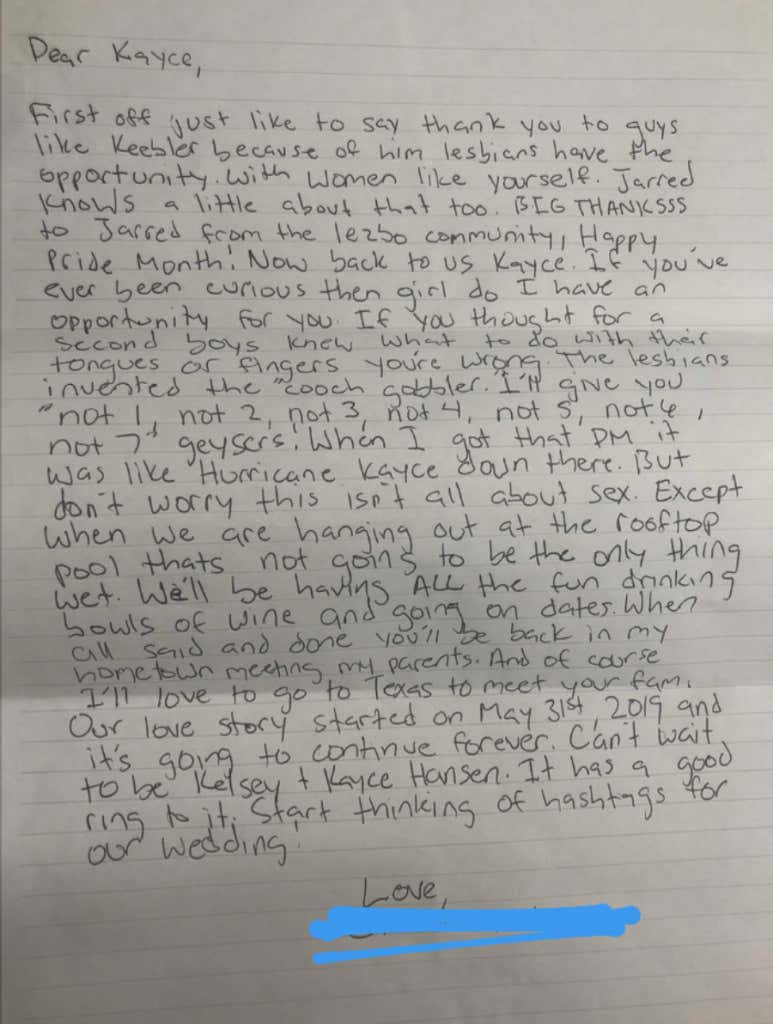 After the dramatic reading, Kelsey called in and we all graded the letter. The best part of the entire segment was that HBO was filming the entire thing with less than zero context. What a hit piece that’s going to be.

Also in this week’s episode:

– LOTS of Stanley Cup reactions- including towel gate 2.0 and Feits losing his mind

– Is Boris the best thing that ever happened to YP?
– Frankie hates Jared
– Lisa Ann distracts the entire office

All CCK podcasts are available on the KFC Radio feed and feature original segments as well as the best-of from Sirius the week before.