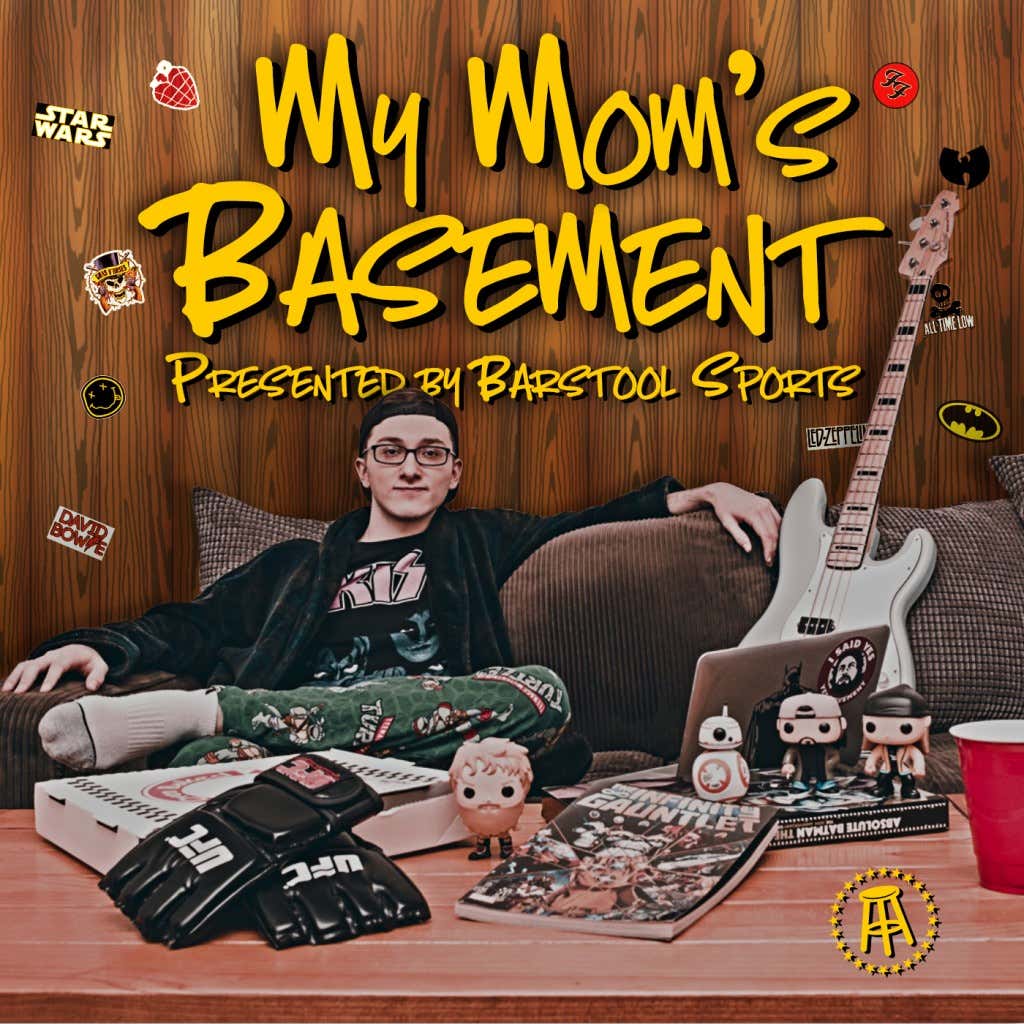 I know, I know…ANOTHER new podcast. I get it. We’ve all got podcasts now and it’s hard to keep track of ‘em all. I’m with ya there. Just hear me out for a second, though, and make your comments afterwards please, because I think this could be a really fun one that fills a few voids!

I explain this all on the show, but basically, the #1 most frequently asked question I get is, “When are you gonna start an MMA podcast?!”

After that, it’s “When are you and Carrabis gonna bring back From The Top Rope?!”, followed by an insanely eclectic group of topic requests for pods, including all things nerd culture, music, movies/television, and all of the other weird, niche things I blog about. Each topic on its own would be tricky to do an entire podcast about for a whole bunch of reasons, but if there was a place I could discuss all of that shit…well, then…I think that’d work. I think. That’s what My Mom’s Basement is going to be on a very broad strokes level.

Something big happens in the MMA world? I’ll have a guest from that landscape on to discuss with me. Some big comic book movie gets released? Clem will be joining me to break it down. If I wanna talk music, and do a retrospective on a certain band or record, I now have an avenue to do so, and even do so with some people in the industry I admire very much! Trent and I have a funny roommate story to tell? It’ll be on this show. WrestleMania’s right around the corner, so I’m going to have Carrabis join me for a couple special ‘From The Top Rope’ editions of the show next week and the week after, which I’m super excited about, and I’ve got a bunch of guests on the docket that YOU should be excited about!

Ultimately this’ll just be more MMA content, more pro wrestling content, more music content, more nerdy content – just more of everything I do, and if you’re interested in that, please throw the pod a subscribe, and rating, and a review! I’ll be taking listener questions/suggestions weekly, and for week one, I’m going to be monitoring the review section of the pod for those. Leave a question/suggestion about anything you think would pertain to me, and I’ll read a couple of them on the show next week!

I’ve got an awesome conversation with UFC President Dana White on this week’s show discussing this past weekend’s UFC Nashville card, next weekend’s UFC Philly card, the new UFC/ESPN+ deal, Conor McGregor’s return, and much, much, more! We also play an enthralling game of “Goof or No Goof” with some names who’ve been on thin ice with Dana for a while, and I really think you’ll enjoy it!

Thanks a ton, guys. I’m stoked to get going on this.